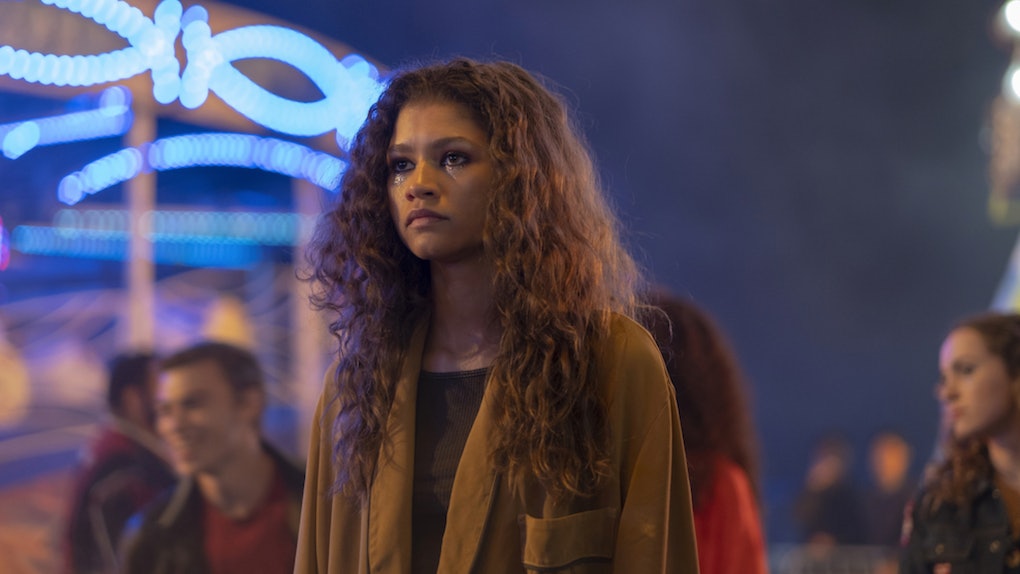 Here's How To Stream 'Euphoria' Without An HBO Subscription

When Euphoria came out in 2019, one thing was abundantly clear: This was the show to watch. With a hot cast, Hunger Games-worthy makeup, and boundary-pushing plot lines, the series was an obvious success. The only problem, of course, is that it's hosted by one of the more high-end streaming services: HBO. Unlike Hulu or Netflix, the chances are slimmer of knowing someone with an HBO subscription. So, heres how you can stream Euphoria if your sister's best friend's ex's parents changed their password and you can't log onto HBO anymore.

It turns out, there are a variety of ways to watch Euphoria, but you're going to have to be on your game if you want to get out of paying fees or avoid getting a virus from illegal downloading. A lot of other services (some you probably already have) actually have options to add HBO to current subscriptions — for an additional price, of course.

Now, the first way to watch Euphoria for free is actually through HBO. You have two options here: HBO Now and HBO Max. HBO Now is a service that hosts HBO original shows (like Euphoria) and the channel's current package of movies, whereas HBO Max has all of that, plus more content from a variety of WarnerMedia brands. Both HBO streaming options cost $14.99 a month, but they each have free trial options (which means you can bounce from one to the other when your time is up with the first). Just make sure to set an alarm on your phone to cancel if you really don't want to get roped into a monthly fee.

If you want to watch the show without going through a new service, HBO is available as an add-on with both Hulu and Amazon Prime. You can add HBO access, each for the cost of — you guessed it — $14.99 a month. If you're looking to watch Zendaya slay in her performance as Rue Bennett for free, however, both options have complimentary trials. Again, just make sure to set reminders so you don't get charged.

However you decide to watch Euphoria, it's definitely a good idea to get through the first season in preparation for the next installment. While Zendaya confirmed in an Aug. 6 interview with InStyle that production of the second season is still delayed (and there's no set release date announced as of Sept. 17), there's a chance there might be a few "bridge" episodes coming soon to keep fans occupied.

Basically, there's going to be a lot of Euphoria content coming soon, so if you're behind on the craze, stock up on your glitter eyeshadow, because now's your time to catch up.