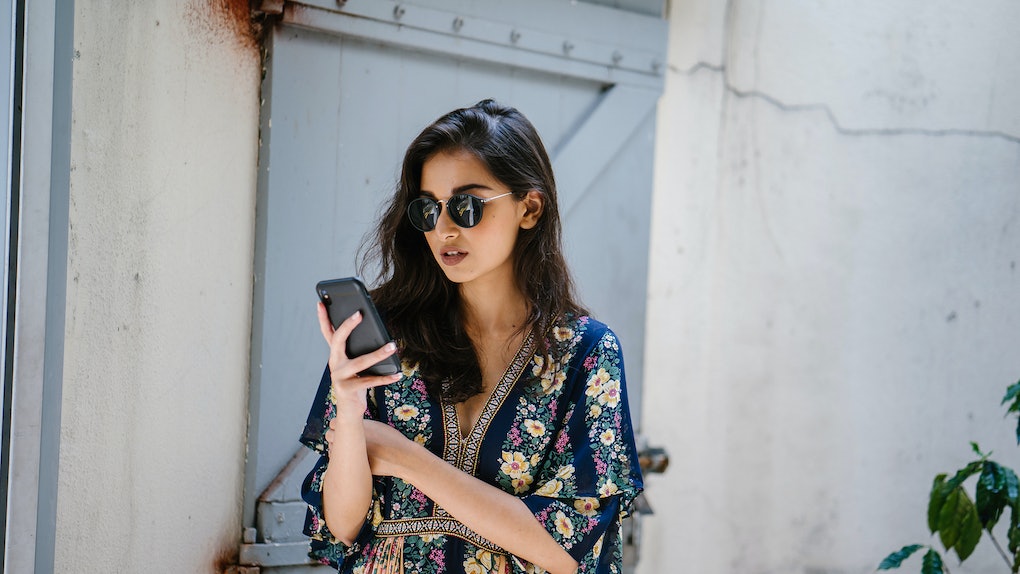 Here's How To Reject Someone Over Instagram DM, Because It Doesn't Have To Be Awkward

It’s 2019, and Instagram has basically become a dating app in its own right. With all the thirst traps and interactive stories people are posting, it’s easier than ever to engage with someone over the platform and show your interest in them. But if you’re wondering how to reject someone over Instagram DM, it can be tricky. Talking to someone on this app is a bit different than messaging through text or Tinder (plus, read receipts are automatically a thing on IG... yikes). What’s a thoughtful but uninterested person supposed to do?

First of all, it really depends on the situation. If you’re receiving unwanted advances on Instagram from someone you don’t know, you should never feel obligated to respond. Thankfully, the app gives you the option to block or ignore messages from people you don’t follow — so if you’re uncomfortable, that’s probably your best move.

But if it’s someone you do know, and a situation where you don’t feel threatened, you can respond in several different ways. "The two keys are tact and honesty when letting someone down," dating coach Erika Ettin told Elite Daily. As much as you might be tempted to beat around the bush and hope they get the hint, this isn’t usually the best idea. The more you put off telling someone you’re not interested, the more likely they are to feel hurt and caught off guard. Here are some strategies to turn someone down in the DMs (with kindness).

1. Tell Them You Appreciate Their Interest

Often, when someone is making a move over Instagram DMs, they start by complimenting that fire selfie you just posted on your story (#hotgirlsummer). Again, as long as it doesn’t make you uncomfortable (which is never OK), you can always start by thanking them for their kind words. “If you can include some kind of compliment, it can soften the blow,” explained Dr. Susan Edelman, board-certified psychiatrist. “Ideally, you want to treat others the way you want to be treated. It's one way we can all make the world a better place.”

Try saying something like, “Thank you! That’s so sweet." Then, if they make their interest more explicit or ask you out, you can follow up with, "I don’t feel a connection between us, but I wish you the best in finding happiness.”

It might feel awkward to be concise and direct, but it’s important. It actually helps the person move on from the rejection more quickly. Ettin assured that you don’t owe anyone an explanation beyond simply saying no. “If someone is not mature enough to handle this, that is on the other person," she said. "You can only control what you put out there, not how people react to it.”

Tell the person that you aren’t interested in going out with them, but you wish them well. That’s all that’s you need to say!

You probably shouldn’t list off all the reasons you aren’t interested. No matter how you respond, it won’t be fun for the person to hear — so try to show them some empathy. Breakup expert and podcast host Trina Leckie explained that if you say you aren’t the best match for “each other,” rather than, “You are not the right match for me," it softens the rejection. You’re not saying anything bad about them personally, but instead just noting that you don’t think you’d be a good fit for each other.

Hopefully, with these strategies, you can avoid an awkward situation when you have to turn someone down over Instagram DMs. Remember that if they don’t take the rejection well, that’s on them — not you. “If someone is not gracious when you've expressed that you're not — or no longer — interested, don't let that impact how you deal with similar situations in the future,” Ettin urged. Unfortunately, not everyone is mature enough to handle a kind but direct denial, but that shouldn’t change how you conduct yourself online or in person. The best thing you can do is be gracious and real.