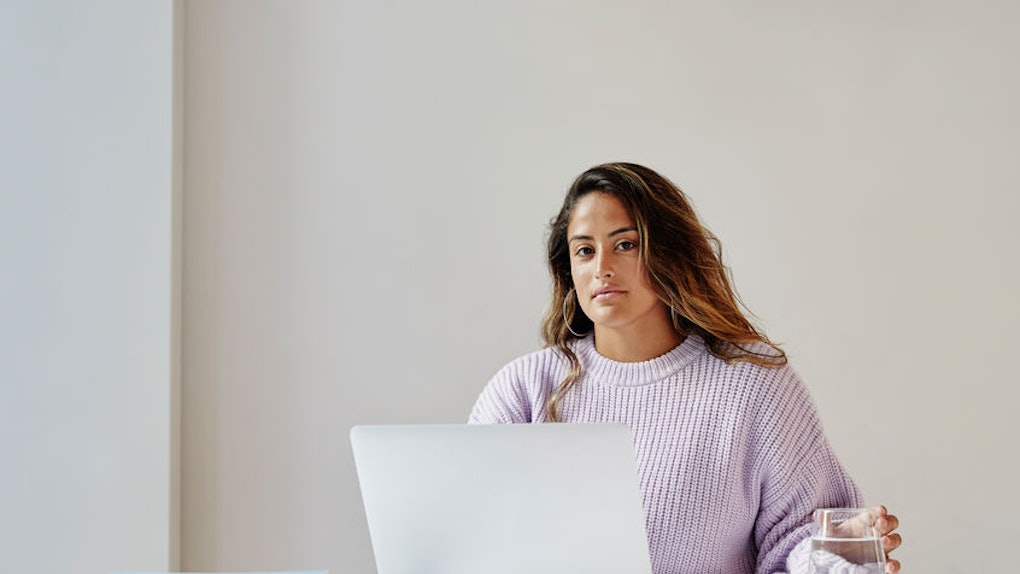 Here's How To Get "Worse" At Multitasking, Because Experts Say You’re Better Off Without It

You and I have both had those days when you're doing laundry while finishing a project, catching up on American Horror Story, responding to emails, and scrolling through Instagram all at once. It's called #killingit, right? Well, you also may have noticed while doing a whole bunch of tasks at once that it's sort of hard to do any of those things thoroughly or well, not to mention it's just super tiring. So, perhaps it's time to unlearn these frantic juggling habits and figure out, instead, how to actually get worse at multitasking — for the sake of your focus, and your sanity.

As Dr. Natalia Peart, a clinical psychologist and Fortune 500 executive leadership consultant, tells Elite Daily in an email, while you may think multitasking helps you get more done in a shorter amount of time, the truth is, it usually leads to burnout — you know, that feeling when you're so exhausted from doing 1,000 things all day long that your mind and body can't handle even one more activity?

In part, Dr. Peart explains, that burnout comes from how little pleasure and mental reward you get from fracturing your focus. “Constantly shifting your attention between tasks throughout the day disengages you from what you’re doing and reduces the psychological satisfaction you receive from completing that task," she says.

And that goes for something as mundane as sweeping the floor and for something as important as preparing for a big work presentation. It's all about doing one thing at a time, says Dr. Peart.

The thing is, multitasking is just plain exhausting on a neurological level. In fact, in addition to causing sheer mental exhaustion, Dr. Peart says that multitasking can affect your long-term memory, as well as potentially reduce your creativity. “We’re not built to do two things that require the same cognitive brain attention at the same time," she explains. "For example, sending emails while talking on the phone. Performance on each task will deteriorate, causing you to make mistakes."

Katie Ziskind, a licensed marriage and family therapist based in Connecticut, agrees that multitasking can often cause more harm than good. She points out that doing multiple things at once increases adrenaline and stress hormones. "You're putting a lot of stress on yourself at one time," she tells Elite Daily.

Ziskind's advice here is to simply be mindful of doing one thing, and really just one thing, at a time — even if it's just, you know, going about your day. If you're taking a walk to get coffee, look at the people passing by, and take a gander at the clouds. If you're driving your car, put down the sandwich, and switch off your bluetooth. No, don't put on your lipstick while you're at the stoplight, either. Just be, you know?

"Take three deep breaths if you find yourself multitasking so that you can calm yourself, re-center, and focus on the present moment," Ziskind suggests. "You’ll be much more productive."

Easier said than done, you say? Well, maybe. But again, in the long run, your mind and body will thank you. Life coach Karen Tindall says that, while many people take on so much in their daily to-dos, for a variety of reasons, one way to avoid the pitfalls of multitasking and overcome these feelings of mental exhaustion is to start shifting your perspective on both your goals, and the expectations you have for yourself.

"If I ask people why they are doing so much, I often hear the word ‘should’ being mentioned," Tindall tells Elite Daily. "‘Should’ puts pressure on us to do something. Are we doing these things because we don’t want to let someone down? Or is it a social pressure that adds to our to-do list?"

Tindall tells me she helps her clients look in-depth at their values, and she often suggests making a list of what is most important to the person. "A list of someone’s most important values can make it easy to look at a task and then see if it’s meeting those values," she explains.

And as for the things you have to do, even if you don't want to do them? Like taxes, or walking the dog? Tindall says time-tabling your daily schedule is a simple way to make sure each task gets the time needed for it to be completed. Simple enough, right?