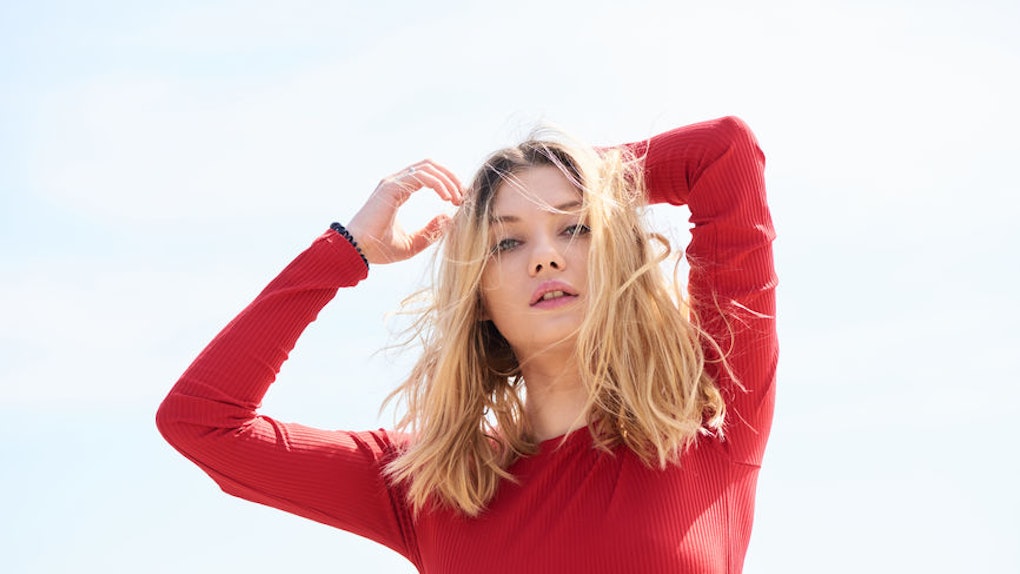 Here’s How To Get Over Someone You Never Dated, Because The Pain Can Be So Real

Thinking back on all the people you've ever crushed on will likely elicit more than a few nostalgic chuckles. Unfortunately, there may also be people from your past you were so attracted to, the thought of them still makes your palms sweat. Maybe the timing was off, or they just weren't interested at the time. Either way, fully letting go of what could've been isn't always easy. Figuring out how to get over someone you never dated can be tricky because it's easy to want to dismiss your feelings. Since there was no actual relationship to mourn, it may be tempting to tell yourself that harboring feelings for weeks, months, or even years later is just plain silly. But it's not. It's totally normal.

To better understand how to move on from an intense crush that never turned into a relationship, I spoke to prominent LA-based relationship therapist Dr. Gary Brown and dating and relationship writer Demetrius Figueroa. "It is completely normal to have feelings for someone who you are attracted to but never actually dated," Dr. Brown tells Elite Daily. "Perhaps you saw or met someone and felt that certain chemistry but, for whatever reasons, the two of you never hooked up and you find yourself thinking about them."

"I think it's common to feel hung up on someone you've never actually dated if you were infatuated with them," Figueroa tells Elite Daily. "Infatuation by its nature is intense and intense feelings are hard to get rid of, whether you dated someone or not."

According to Dr. Brown, the first step to moving on is analyzing what about this person was so attractive to you. Plus, knowing what you're attracted to can be useful information when it comes to dating in general. If the feeling of missed opportunity keeps nagging at you, Dr. Brown says reaching out might not be a bad idea in some situations. "If for any reason it doesn't work out, you can at least move on without having to second-guess what might've been had you tried to connect with them," says Dr. Brown.

Once it's clear that the possibility of being together is totally off the table, letting yourself feel the loss is important. "Allow yourself to feel sad, to cry, to simply grieve the loss of something that could have been, but don't let it paralyze you," explains Dr. Brown. "If it didn't work out, there are reasons you may or may not know right now." So, before you start beating yourself up about all of the things you think you should've done or said, know that this type of thinking really isn't helpful. "Don't go down this rabbit hole," says Dr. Brown. Figueroa agrees that letting your imagination run wild with the possibilities is not a good move. "Imagination is a powerful thing, and sometimes people get stuck imagining best-case scenarios that are increasingly painful to them."

Another thing to realize is that even though this person might've seemed perfect, everyone has flaws. "It's much easier to get over the idea of dating someone you've already dated because you know how things went and why things went wrong," explains Figueroa. Unfortunately, since you never dated them, you never got to see the other, less attractive sides of them. So, there's a big chance you've dreamed up this pristine image of who they are that isn't fully in line with reality.

If you're still worried that you let "the one" walk out of your life, try to remain calm. "Just remember that there's mathematically more than just one person who you can be happy with," says Dr. Brown. "Don't get hung up on the false idea that there's only one." And he's right! Do not convince yourself that there's no one else out there for you.

We all know how hard it can be to move on, and it doesn't always happen overnight. But be patient with yourself. With time, you'll get to the point where this person isn't even a blip on your radar.