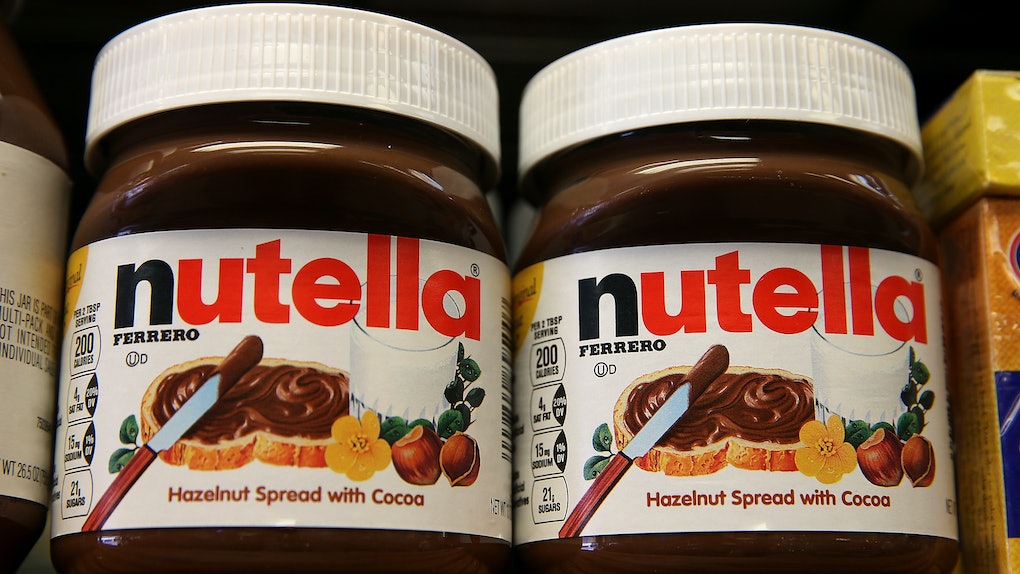 Here’s How To Get Free Nutella on World Nutella Day

Wedged somewhere between New Year's and Valentine's Day is a very special but little-known holiday. Feb. 5, 2019 marks the 12th annual World Nutella Day and if you're a fan of the chocolatey-hazelnut concoction you might be excited to know that there are ways to score some free Nutella to celebrate this sweet holiday. Here's how to get free Nutella on World Nutella Day, because you deserve some more sweetness in your life.

For one day only on Feb 5, 2019, Nutella Cafe store locations in both New York City and Chicago will be giving away free jars of the sweet spread to 500 lucky customers in each location. According to a press release, the first 100 on-site customers at each location on Feb. 5 will receive a free Nutella jar inscribed with their name. But if you miss the cutoff, don't freak. The next 400 customers will receive one complimentary classic Nutella jar with the purchase of any menu item. Yes, that is a total of 1,000 free Nutella jars. So much Nutella!

The offer is only available at the two Nutella cafes in these locations (which are also the only two Nutella cafes in the country), but fans all over the world can still pick up a Nutella jar or cook up a Nutella-filled concoction on World Nutella Day to celebrate. The World Nutella Day website also suggests other ways to celebrate, like introducing someone you love to Nutella, hosting a Nutella-themed party, enjoying Nutella somewhere interesting, and for the unparalleled Nutella ride-or-die fans, writing a song about Nutella.

If your mouth isn't watering already, there's more Nutella action happening, aside from freebies. On Tuesday, both cafe locations will debut brand new offerings: in Chicago, the cafe will introduce personalized Nutella jars, which became an instant fan favorite at the NYC location last year. The NYC store is doing something a bit different — the cafe will offer an interactive DIY demonstration station so fans can make their favorite Nutella treats at home or on-the-go. The station will also feature recipes on the cafe menu but also creative concoctions off-menu like Mandarin Cup with Crumble and Nutella. Though the DIY demo is one day only, the station will offer late night snacks and preview upcoming treats in the future.

According to the World Nutella Day website, the holiday was started by an American Nutella fan in 2007 named Sara Rosso, who discovered her love for the spread in Italy and brought her enthusiasm back to the U.S. before Nutella was popular or available in most parts of the country. According to the blog Days of the Year which gathers and shares holidays or memorable events every day, "2015 saw the transfer of the Day from Sara to the company that makes Nutella, Ferrero. Making this transfer allowed for the day to become even larger and ensured its longevity."

If you're lucky enough to be able to make it to Manhattan, NYC or the Millennium Park area in Chicago on World Nutella Day, make sure you get in line bright and early to snag some freebies and treats and ring in the special day on a sweet note.