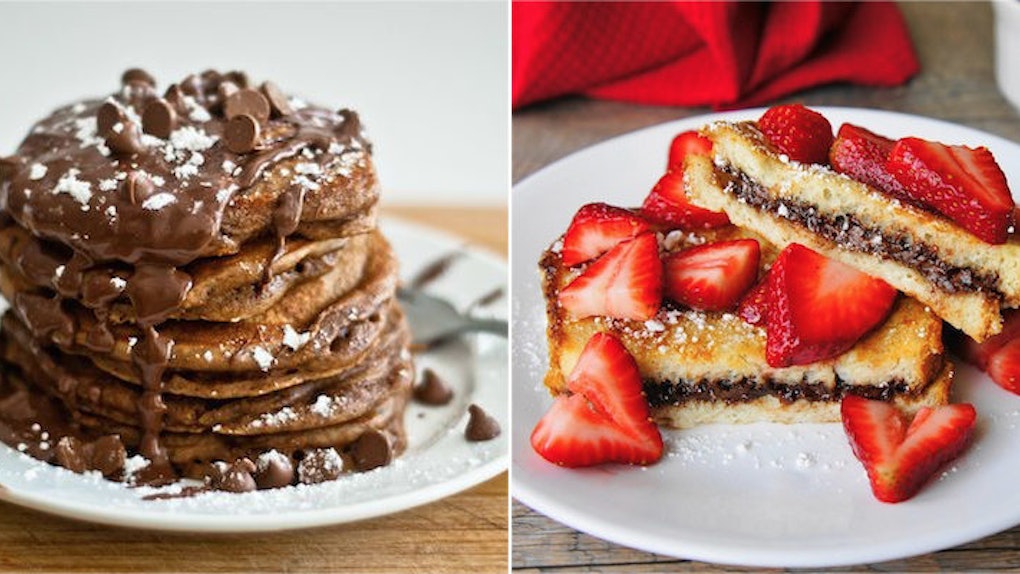 30 Delicious Nutella Concoctions That Will Have Your Mouth Watering (Photos)

When it comes to the world of coveted condiments, nothing trumps the almighty chocolate hazelnut spread, Nutella.

A lot of people are pretty obsessed with Nutella, and it's not hard to see why considering it's practically a spreadable form of happiness packed into a cute little jar.

Sure, everyone knows that Nutella is pretty damn delicious on its own.

But have you ever wondered what happens when you combine this delectable spread with a bit of culinary creativity?

Well, the answer is quite simple. You get a slice of heaven on a plate.

If you've already started dieting for that spring break beach bod, you may want to close your eyes; things are about to get seriously delicious.

These delectable Nutella creations prove that the possibilities are endless when it comes to taking your desserts to the next level of deliciousness.

After seeing these tempting treats, you might actually decide to embrace this sweater-weather for a little bit longer.

In honor of the recent passing of the head of the company, check out these delicious Nutella food creations below curated by StumbleUpon.