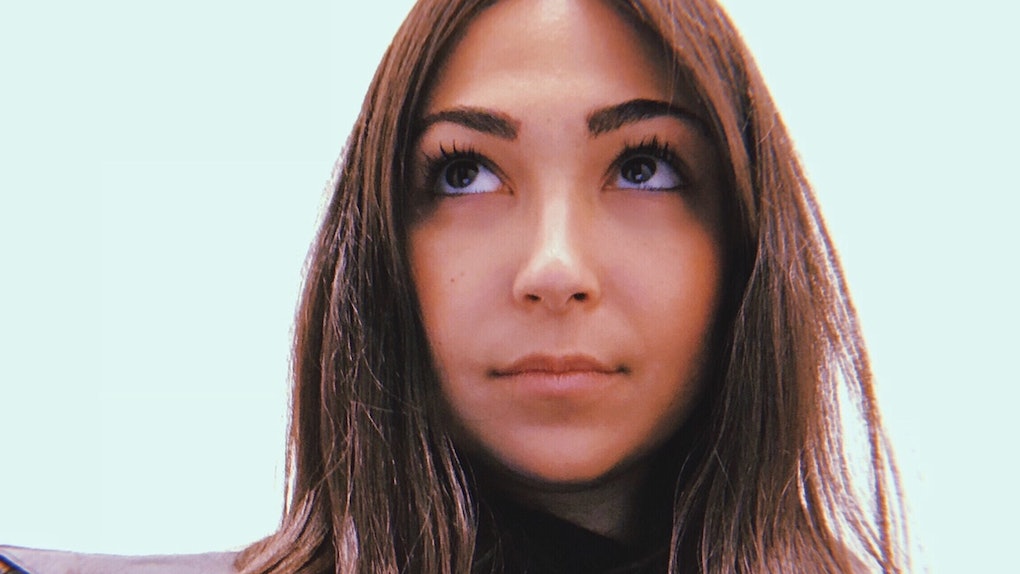 Not for me. I discovered masturbation sort of accidentally in my pre-teen years and never looked back (shout-out: bike seats). And while I felt no shame experimenting, I did so within the privacy of my own home. Until I left for college, that is. Navigating dorm life is a minefield: When you're co-habitating with someone, you're forced to walk a fine line between prioritizing your own self-care and remaining respectful of theirs. But sometimes, schedules collide and things can get messy — literally. I've always prided myself as somewhat stealthy when it comes to my own sexual escapades, but that all came to a head during my senior year. I had somehow made it through my entire college experience thus far, harmoniously living with the same roommate — a wonderfully compassionate, intelligent young woman who had absolutely no filter. There had never been a wall between us — literally or psychologically.

My senior year, I shared a single wall with a new roommate — and to call this glorified piece of plaster "thin" would have been the understatement of the century. I could hear everything. The late night mumblings of Friends episodes ("How you doin?!"), her alarm going off at ungodly hours, the occasional sexcapade. The same went vice-versa: Like it or not, she had a front row seat to the inner workings of my private life. This was oftentimes, I'll admit, unlucky for her. As a songwriter, I played guitar and sang for my sanity. Loudly. As friends, we navigated our thinly veiled barrier diplomatically, negotiating "quiet time" through text. As neighbors, it was only a matter of time before sh*t hit the fan — or more specifically, the wall.

One afternoon, my sociology class let out early. This was a rare treat, and I intended to take full advantage of all of it. I had an extra 15 minutes of free time before heading to my evening shift at the bodega where I worked. I skipped past the front gates of campus, all the way to my front steps. Dumping my backpack by the front door, I surveilled every inch of the house. I opened the door and screamed down the horror movie-esque stairs to the basement, where one of my roommates lived. Nothing. I paced through the kitchen, slamming a few doors in the process. Nada. After scaling the stairs and knocking on the remaining bedrooms doors, I was satisfied — I was completely alone.

My bliss was interrupted by repeated buzzing from my phone. I reached for it, eyes glazed over. My relaxation melted away as I was greeted by a flurry of texts from my roommate on the other side of the wall.

Turns out she as she was napping when I knocked. Curse you, naps! Anyway, the vibe got weird. I apologized profusely, swearing that I'd never do it again. She laughed it off, and accepted my apology. Easy, right? Wrong. The more I thought about it (and boy, did I think about it), the angrier I grew. Why did I even need to apologize? What was so wrong, so shameful about masturbating in the privacy of my room? It wasn't my fault the wall was so thin! What was I supposed to do, check with her every time I woke up with a lady boner?! The excuses flooded in, until my mental mailbox was full. I was obsessed.

Luckily, we had a lovely chat about communication and respecting each other's boundaries, in which we addressed the convoluted history of female sexual pleasure. Psych! That's what we should have done. Instead, we swept it under the rug, where it remained for the rest of the semester along with several other unaddressed issues that continued to fester until they imploded. Neat!

What's the big takeaway here? Don't be like me. If you're going to talk a big game about normalizing female sexual pleasure, then don't shy away from having the tough conversation. Sit down with your roommate, and discuss what works for each of you. This will look different for each pairing — maybe it's masturbating when the other isn't home, maybe it's swapping schedules, or even settling on your own version of the "sock on the door" trick. And if you've read through my experience and are thinking, "OMG, I could never," — perhaps because you don't know her well enough or it's just not your style — don't stress, just remain respectful. Without sacrificing your own pleasure, make an effort to go down there when you know for certain that she's not around. Whatever works, make sure to follow to cardinal rules:

2. There's nothing naughty about knowing your body.