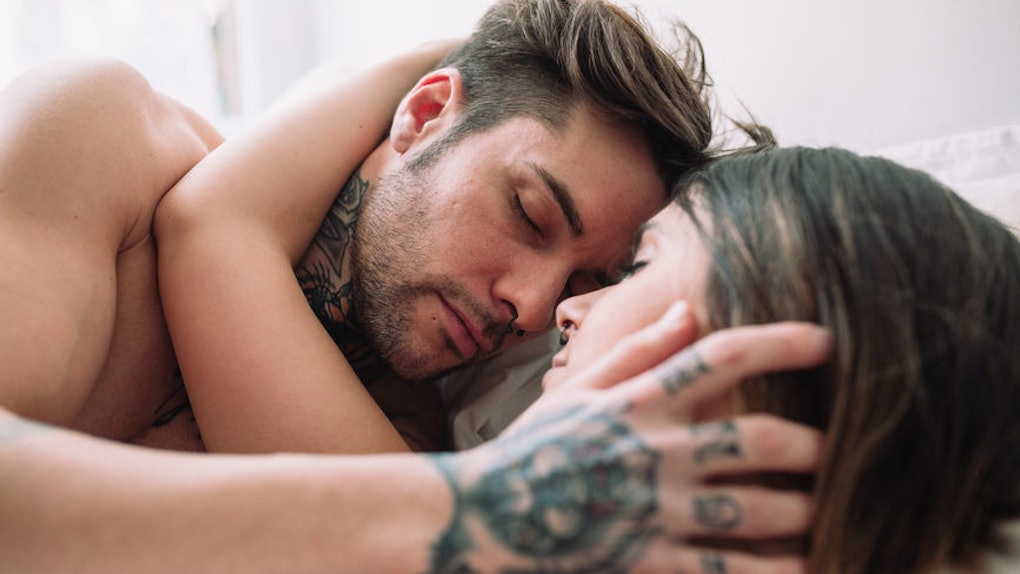 Here's How Mercury Retrograde July 2018 Could Affect Your Sex Life

Ah, Mercury. The mischievous messenger planet, and ruler of all meaningless details, like complimentary WiFi, Uber, and cell phone carriers. OK, now I'm bashing the cosmos and that's really not my intention. However, I will say this, Mercury Retrograde in July 2018 will affect your sex life and be one for the books, so don't say I didn't warn you.

Truth is, the same day Mercury turns retrograde, there will also be five other planets going backwards in the sky: Mars, Saturn, Pluto, Neptune, and Chiron. Oh, and it doesn't end there. This is all happening on the same day as the total lunar eclipse in Aquarius, aka Leo's polar opposite sign, aka this massive eclipse will be highly influenced by our good old friend Mercury... in retrograde.

I kid you not, I feel like I'm legit having palpitations just writing this, (I'm channeling Mercury in Leo as I write this.) but on the real, THIS TRANSIT IS SERIOUS. So, if you've ever wanted to mentally prepare for a Mercury Retrograde period, now is the time to do so. Not to worry, I've got you covered. I'm about to break this cosmic event down for you, so make sure you pay close attention. Things are about to get a bit strange here on planet earth, and yes, this includes your sex life.

On July 26, at 1:02 a.m. ET, Mercury will begin his backwards journey in the sign of Leo. Not only is Leo part of the zodiac's rambunctious fire family, it's also a fixed sign. For the record, fixed signs are incredibly stubborn and strong willed. So you can only imagine what happens when Mercury is involved. (Let alone in retrograde) Remember, Leo is creative, expressive, and theatrical. However, with that, there can be serious consequences. In Leo, Mercury is loud and proud, but with the messenger planet going backwards in the sky, its effects are even more potent. Yes, you guessed right: D-R-A-M-A.

Like I said, the same day Mercury starts doing the moon walk in Leo, there will also be five other planets going backwards in the sky, including the planet that rules our sex drive, aka Mars. Imagine, Mars is like the gas we put in our car, without it, the car doesn't drive, right? Well, same goes for us. Although, that's not the only frustrating part. Despite feeling lethargic AF during this moody transit, we're also prone to feeling frustrated, in every sense of the word. Remember, Mars is the God of war, and believe it or not, this energy plays a major role in our daily lives. For instance, what do you do when you feel extra passionate about something? Or when you go to battle? This is exactly where Mars comes in. However, with the warrior planet in reverse, getting down to business won't be as easy as it seems.

Put Your Pride Aside

Trust me, I know. I never said this would be a walk in the park, but it's best to leave the ego where it belongs. It doesn't take rocket science to know that the universe is testing us. I mean, hello? Six planets in retrograde? (I think the cosmos just broke a record.) The most important thing to remember is, when a planet is retrograde, it's asking you to reflect, re-evaluate, and reassess. So, with Mercury and Mars, the two themes we have to keep in mind are: how we communicate and how we take action. Easy, right? Well, sort of.

Whether it's the courage to ask someone out on a hot date, or simply speak your mind, remember who you are and what you're capable of. Drama really won't be necessary. Take advantage of this retrograde period. Find your voice, and channel your inner warrior. This is just the beginning.