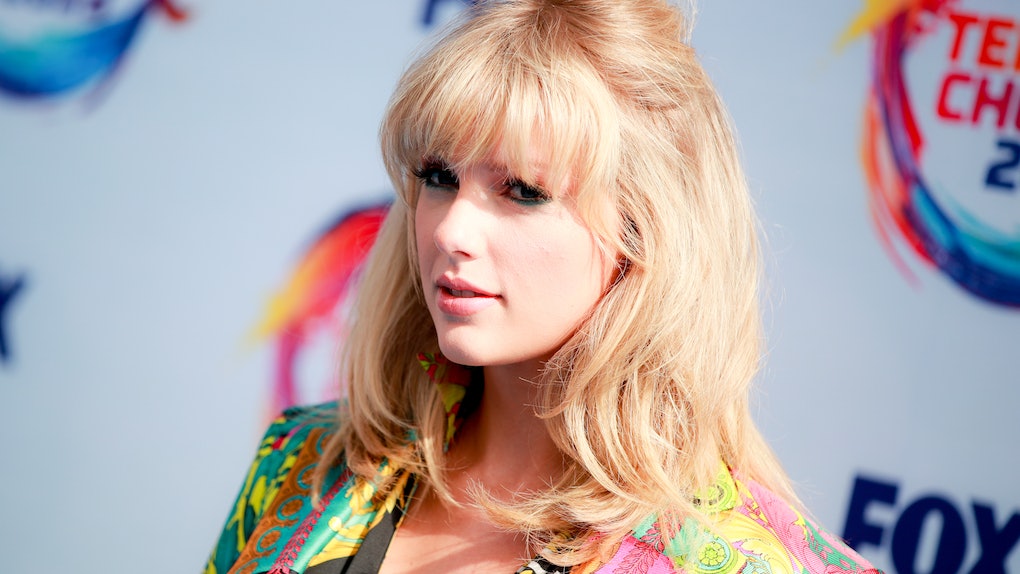 Swifties have less than a week to go until Taylor Swift's highly-anticipated seventh album drops on Friday, Aug. 23, and the hype is real. After all, the countdown to Lover started back in April with the release of lead single "Me!" And the ante has only continued to grow over the last couple days with the Aug. 16 release of the title track "Lover," as well as the highly-anticipated reveal of the 14 song titles that will be on the album. Now that the songstress has finally confirmed the names of the tracks, here are all the Taylor Swift Lover Easter eggs that in retrospect, you totally should have seen coming. There's nothing that the "Wildest Dreams" chart-topper likes quite as much as a good clue, and there were plenty of them scattered throughout some of her first Lover tracks.

In my opinion, hindsight is 20/20, and that's especially the case now that Swift has dropped the names of her 14-song album via three Instagram posts shared on Friday, Aug. 16. There's been no shortage of Easter egg speculation since "Me!" dropped back in April, and it's fitting that there were quite a few clues in the song's accompanying music video. You might remember that the biggest indicator that Swift's first track would be called "Me!" was from the mural that the songstress unveiled in Nashville. Once the track, which featured Brendon Urie of Panic! At The Disco, was released, speculation started anew due to certain details scattered throughout the music video.

In the beginning of the music video, Urie provided a clue to the next track's moniker when he said, "You need to calm down" in French. Later, a prominently-placed neon sign that read "Lover" had fans wondering if the word couple be another track or the name of the album itself. In addition, viewers hypothesized that a photograph of the Dixie Chicks on the wall of the room hinted at the collaboration with the group, which we now know is true and will be titled "Soon You’ll Get Better." While many fans picked up on these hints, a few were a little less obvious until after the fact. One Tumblr user detailed a few of the Easter eggs that we might have missed in a post that Swift herself has since liked.

First, the Tumblr user pointed out the fact that there were a few less obvious clues sprinkled throughout the music video for "You Need To Calm Down," such as the title of fifth track "The Archer" as well as "Cruel Summer," which was the phrase that Ellen DeGeneres got faux-tattooed on her forearm.

In addition, a few seemingly minor scenery details alluded at track titles, such as the cornelia flowers on the cover of the "Me!" single (a hint at "Cornelia Street") as well as the "Mom, I am a rich man" print that was hanging in Swift's bedroom in "You Need To Calm Down" (an allusion to "The Man").

In addition to dropping hints left and right in her music videos, Swift also gave fans a few potential Easter eggs to mull over while wearing a series of telling buttons on the cover of Entertainment Weekly's May issue. In hindsight, her button depicting the cast of Friends appears to hint at the track "It's Nice To Have a Friend," while fans believe that the Troye Sivan accessory could have been referencing the "my my my" lyrics from the chorus of "Lover." Now, her “Awesome” pin, the sticker with the Dixie Chicks, and an accessory with the word “Calm” on it all make a lot more sense.

Again, these are just some of the many Easter eggs that Tay has sprinkled throughout her music thus far, so I wouldn't be surprised if more fun clues reveal themselves when the entire Lover album officially drops on Aug. 23.