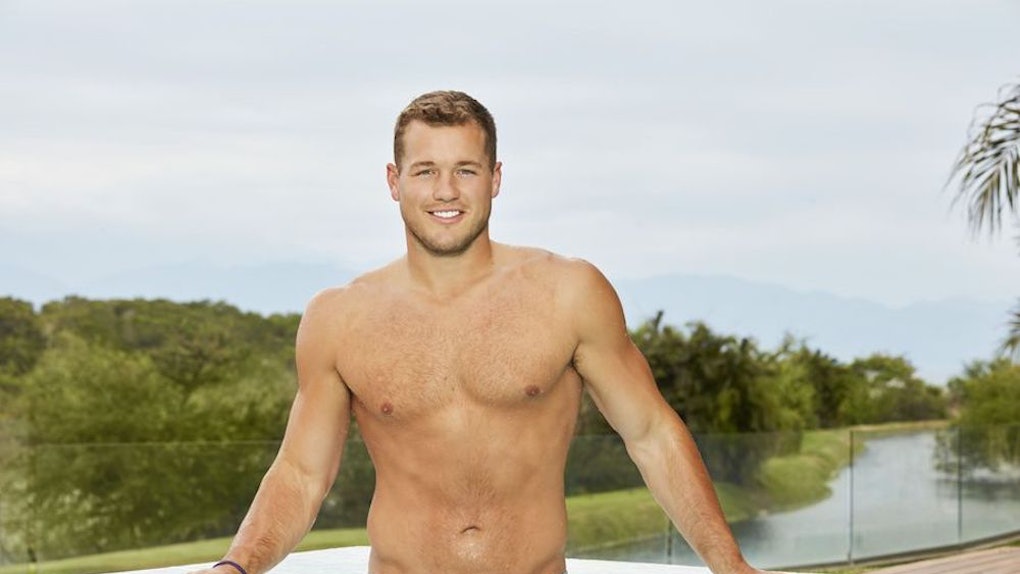 Have Colton's 'Bachelor' Contestants Been Cast Yet? Here's The Inside Scoop

After a tumultuous journey on both Bachelor in Paradise and The Bachelorette, Colton Underwood is giving the dating game another shot. This time, he's taking on leading man status as American's next Bachelor. The former pro football player isn't an unknown or an alum of the franchise who came out of the woodwork — he's fresh on the minds of Bachelor Nation. This leads fans to the question: Have Colton's Bachelor contestants been cast yet? Audiences are wondering if his potential suitors-to-be will be aware of who they're signing on to compete for.

Last year, Arie's Bachelor title was announced in early September, but his contestants were not necessarily clued into the news that he would be the heart they were vying for prior to filming. Some of the ladies on Season 22 admitted they thought that Rachel Lindsay's runner-up Peter Kraus would be a more likely candidate when they applied. Filming for The Bachelor Season 23 is supposedly slated to kick off this month, so it's a safe bet to assume all the casting for Colton's season has been solidified at this time. According to the show's casting website, ABC doesn't appear to have any local casting calls coming up. But because Colton's been a frontrunner for the job since exiting Becca's season in July, there's a good chance that the upcoming cast had an inkling about which guy would get the job.

Colton's history with the Bachelor-verse has been full of ups and downs so far. It will interesting to see how a situation will play out when he's in charge. The emotional responsibility that comes with handing out roses has proven to be a challenge for almost everyone in that position who's come before him — how many times have you heard a Bachelor or Bachelorette say something along the lines of "this is the hardest decision I've ever had to make"? Um, every season? Colton's been through a lot and he'll certainly face more drama, but perhaps it will all be worth it if he finds the woman he's been looking for. Plus, he has experience to draw from.

When it comes to the cast for Colton's season, one thing's for sure: Tia will not be involved. His former flame already chimed in on if she'll be hitting up the mansion for another round. After congratulating Colton on his future gig via Twitter, the Bachelor and BiP alum assured followers she would not be a part of the next installment.

"And NO I will NOT be a contestant on Colton’s season. Lord bless," Tia wrote.

"We are finally on the same page for the first time in our relationship and we are just good friends," Colton revealed on GMA of his current relationship status with Booth.

Maybe Tia will make a cameo to size up Colton's new ladies? Stranger things have happened when it comes to this small world of a franchise.

More like this
'Bachelor In Paradise' Season 7: Premiere Date, Cast, Filming, & More Info
By Rachel Varina
Peter Weber Almost Quit 'The Bachelor' For Hannah Brown — Here's Why He Didn't
By Candice Jalili
Here's How To Vote For The Next 'American Horror Story' Theme Among 6 Options
By Cianna Garrison
Stay up to date