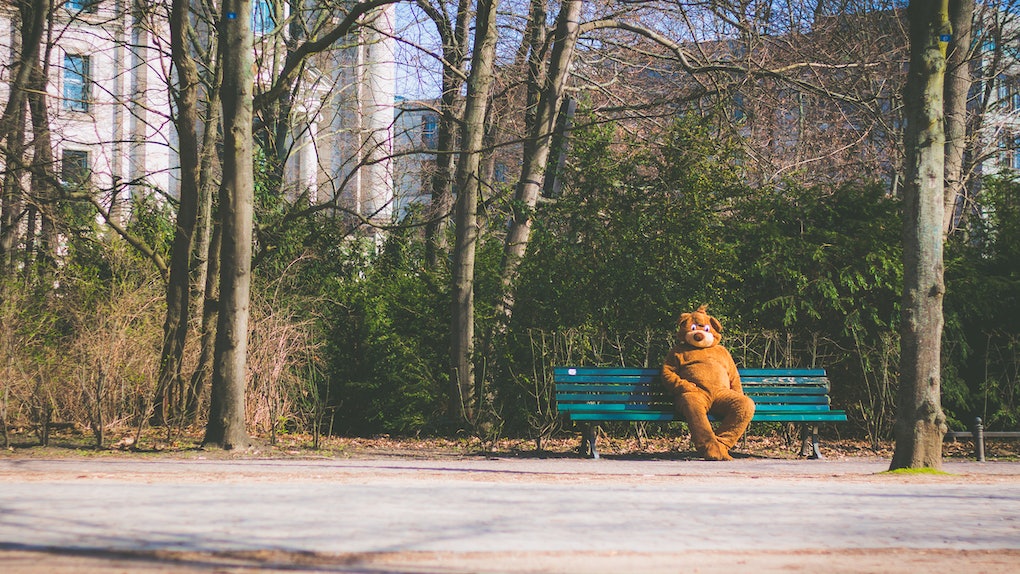 Have A Pun Halloween Costume? Here Are 6 True AF Reasons Why It's Honestly The Best

Whether you love it or love to hate it, you have to admit the punny Halloween costume deserves some credit. It's a costume that may be a bit cheesy and super corny, but it's also kind of, sort of, freaking epic. Too often we tend to write off the joke costume, but we may have had it wrong this entire time.

So, if you're down to the last minute and you're scratching your head trying to come up with a costume that's easy and awesome, this just might be your lucky day — aka the perfect chance to break out your very own punny Halloween costume. Not entirely convinced just yet? Here are six reasons why the punny Halloween costume is the best costume to bless your crew with this Halloween.

1. It's An Ice Breaker All On Its Own

Small talk? Not even a problem. Forget about having to wonder what to say to randoms you meet at the Halloween party. Your costume does all the talking on its own, even to that total bae you spotted when you walked in.

Honestly, it's just a matter of time before you're the hit of the party. A good punny costume never lets you down as a solid conversation starter.

2. You Probably Don't Have To Worry About Being Cold

Without fail, every year I forget just how cold Halloween is. It's like I actually don't remember that October is almost winter. Many costumes leave you freezing, but you don't even have to worry about dealing with those struggles in your punny costume.

Chances are, you can DIY your punny look exactly how you want it to be. You can even work your favorite pair of jeans and long-sleeve top into the ensemble. A guarantee of making a prime statement while keeping it cozy? Yes, please.

3. It Won't Hurt Your Wallet

This one's truly a no-brainer. One of the worst parts of Halloween is that it seems like the best costumes are the ones that cost an arm and a leg. I don't know about you, but I have a hard time justifying dishing out a huge chunk of my wallet to a costume I'll wear for one night.

Punny costumes are usually DIY, and can made from things you already have in your wardrobe. Your bank account won't be crying out in fear.

4. You Can Play Up The Puns All Night Long

You're dressed, ready for the party, and you've got so many good jokes lined up about your costume that you can't wait to let loose. If you're dressed in a typical costume, those jokes are going to fall flat in a matter of minutes. If you're dressed in your punny costume, however, you're basically given the green light to every bad joke you can think of.

5. You Don't Have To Worry About "Being In Character"

Some of us are natural actors, and that's great. But as for the rest of us... yeah, not so much. Some Halloween costumes require a few sparks of performance, whether that may be a cold, spooky demeanor or a certain way of walking. But, you don't have to worry about that for a punny costume. You can always rely on being good old you.

6. You're Also The Farthest Thing From Basic

If you're out and about in your truly original punny costume, you've got no worries. Let me clue you in on why — there's an almost zero chance that someone else has your costume. When you spend the holiday as a pop culture icon, there's always the risk you'll run into someone else with the same costume, or *gulp* someone who did the costume even better than you did. Punny costumes for the actual win.