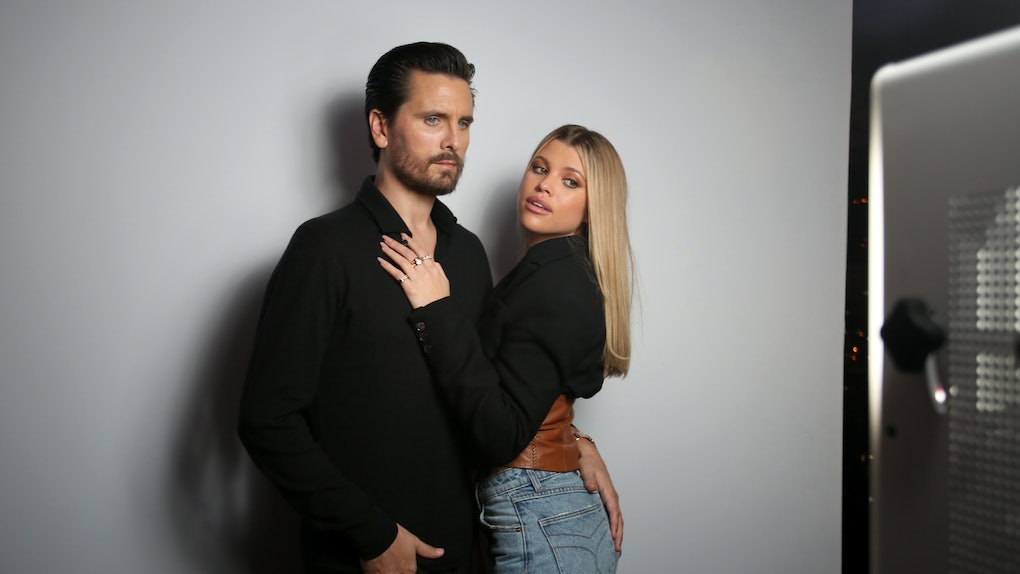 Wait, hold on a second. Has Scott Disick seen Sofia Richie since their rumored split? The two reportedly narrowly missed a majorly awkward run-in at Nobu in Malibu on Aug. 28. Per Entertainment Tonight, Richie was there first dining with friends. Then, at 9 p.m., just five minutes after Richie apparently left, Disick reportedly arrived with none other than his ex Kourtney Kardashian. (Elite Daily reached out to reps for Kardashian, Disick, and Richie for confirmation but did not hear back in time for publication).

On the one hand, I feel so awkward just thinking about the entire situation. But, on the other hand, I actually feel majorly relieved for all parties involved. I mean, from Richie's point of view, she missed an encounter with her rumored ex and his other ex by just five minutes. And the situation feels equally as relieving when you try to imagine being in either Kardashian's or Disick's shoes. Like, um, the last person I want to run into when I'm out to dinner with my ex is his more recent ex. So, yeah. Happy for all three of them that the reported run-in apparently never came to fruition.

But things seemed to stabilize on Aug. 19 after Us Weekly claimed the two had called it quits for good. “Scott and Sofia have been off and on for two months and now have broken up for good,” their source shared. “Sofia really pushed to make things work between them after they initially broke up, but Scott officially called it off recently and they are no longer speaking.” (Reps for Richie and Disick did not respond to Elite Daily's previous requests for comment on these reports.)

Meanwhile, other rumors have been swirling about regarding a possible reunion between Disick and Kardashian. The two have been spending lots of time with each other and with their children as of late, not to mention delighting fans by flirting it up on Instagram. Their reported Nobu dinner date obviously only adds to the mounting rumors.

If you want more intel on what's going on, I'm sure it'll all be readily available to you on the next season of Keeping Up With the Kardashians.

More like this
Sofia Richie Rumored Boyfriend, Elliot Grainge, Is Reportedly A Family Friend
By Corinne Sullivan
Travis Barker Tattooed Kourtney Kardashian's Name On His Chest
By Joyann Jeffrey
Are Timothée Chalamet & Lily-Rose Depp Back Together? Here's Why Fans Think So
By Candice Jalili
Stay up to date