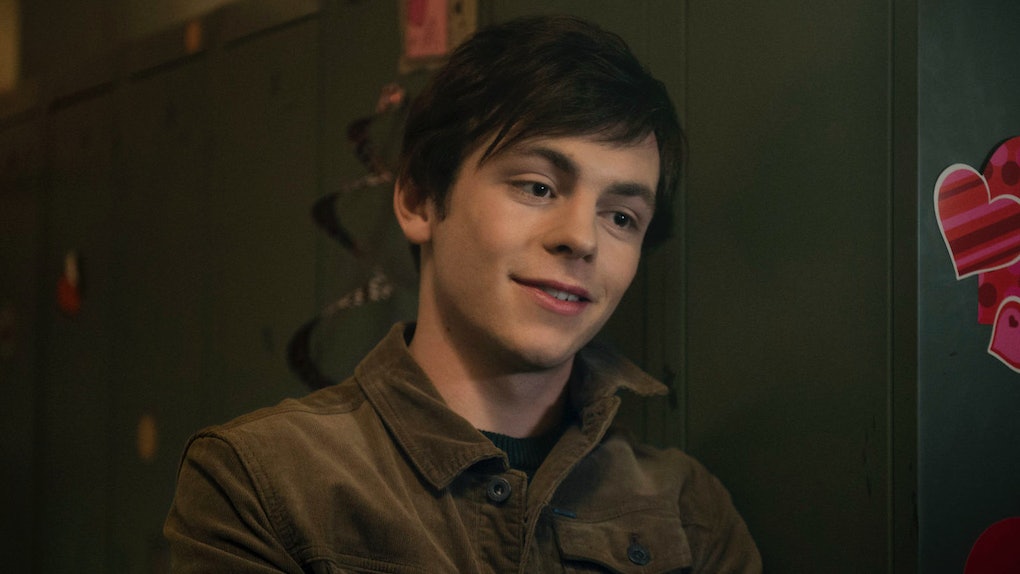 Fans have been praying for a crossover between Chilling Adventures of Sabrina and Riverdale since the spooky spinoff was announced last year, but the first season of Sabrina only made a few passing mentions of the town of Riverdale, which is located just across the woods. So, of course, when the second part of Sabrina's first season finally dropped at the beginning of April, everyone was looking for a Riverdale crossover. Fans may not have noticed it, but there is a nod to a potential future crossover in the second episode. Harvey buys a Sabrina-Riverdale crossover comic in the newly released season of Chilling Adventures of Sabrina, and it definitely keeps the hopes for a crossover alive.

Spoiler alert: This post contains light spoiler for the first two episodes of Chilling Adventures of Sabrina Season 1 Part 2. Harvey and Sabrina do not start off the new run of episodes on the best of terms. After their emotional breakup in the Part 1 finale and Harvey's insistence that Sabrina not involve him in any of her magical life in the holiday special, the two have been keeping their distance from each other. But that changes when the Dark Lord begins testing Sabrina's loyalty.

To prove to Lilith (which we now know is the real name of the demon possessing Ms. Wardwell) that Sabrina will be a loyal follower, the Dark Lord tasks her with stealing a pack of gum. It may seem like a small ask, but Sabrina refuses to do the Dark Lord's bidding, so he starts messing with her. To tempt Sabrina towards the dark side, he gives her friend Rosalind chicken pox, which allows Sabrina to pair up with Harvey for a scene from Romeo & Juliet. But Harvey has actually started to develop some romantic feelings for Rosalind, and Sabrina later catches him on his way to bring food to her while she is sick.

The real standout moment from that scene, though, is what Harvey is carrying along with the food. At Dr. Cerberus' book store, Harvey buys a copy of the Afterlife with Archie.

Although it is easy to miss, the presence of this comic in Chilling Adventures of Sabrina is a pretty big deal. The alternate-reality, horror-inspired Archie comic was first published in 2013, and is written by Sabrina and Riverdale showrunner Roberto Aguirre-Sacasa. It also centers on all the main characters of Sabrina and Riverdale in a massive crossover story. In fact, Aguirre-Sacasa has teased that one of his big ideas for a possible crossover between the two shows is adapting Afterlife with Archie:

I would hate if there was no way possible for there ever to be a crossover. I think there’d be a great episode where the Riverdale kids hear about a haunted house in Greendale and try to break in and it’s Sabrina’s house. There’s totally a universe where that happens. Or now that we’ve got Sabrina and Riverdale, maybe there’s a standalone Afterlife movie or something that we can do combining both casts.

Hopefully the appearance of this specific comic in Chilling Adventures of Sabrina is a sign that this Afterlife crossover with Riverdale may happen sometime soon.