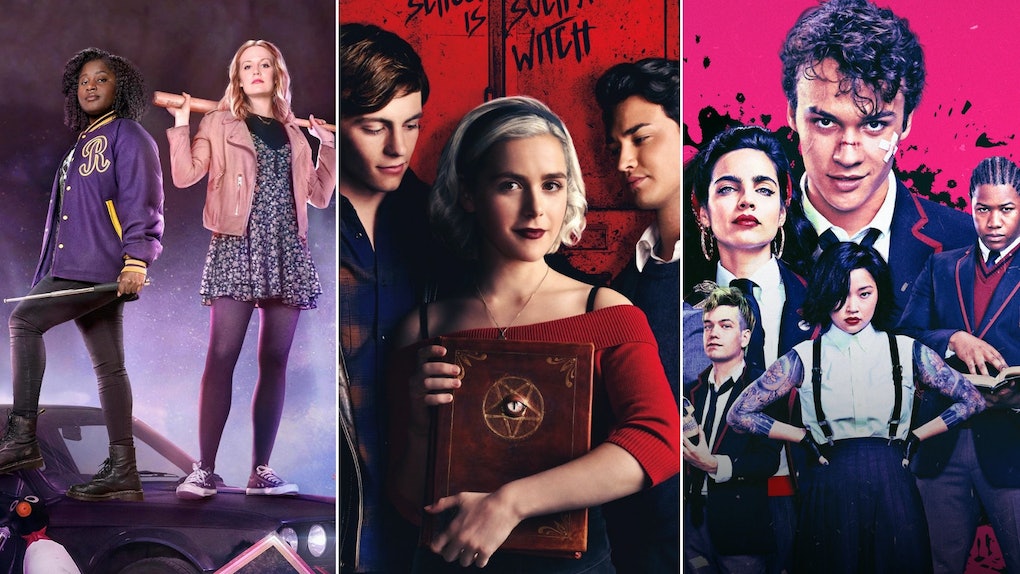 Netflix flipped the sweet '90s sitcom Sabrina the Teenage Witch on its head with its dark new horror series Chilling Adventures of Sabrina, and a ton of fans were digging the satanic new vibe. The first season of the series saw Sabrina Spellman struggling with a choice between keeping in touch with her mortal side or pledging her fealty to Satan to fully embrace her magical powers. It's some dark and twisted stuff, and if you have already binged all the available episodes, then here are some spooky teen shows to watch if you love Chilling Adventures of Sabrina.

Where to watch: Netflix

If you could not get enough of all the demons and hellfire of Chilling Adventures of Sabrina, then Netflix's Crazyhead is the perfect choice for your next binge. The British horror-comedy series originally aired on the UK's E4 network in 2016 and was acquired by Netflix. It centers on two young women with the ability to see demons that hide in society, and their battle against these demons. The one-season show only consists of six episodes, so it's a super quick and fun show to binge in a day.

Where to watch: SyFy

Although Deadly Class does not really have the supernatural elements of Chilling Adventures of Sabrina, it will definitely be something that fans who like the creepy and lethal Academy of Unseen Arts will enjoy. The new SyFy series is currently airing its first season, which centers on a tortured teenager who enrolls in a secret academy for elite assassins.

Where to watch: CW

The original Charmed series is of course essential viewing for everyone who loves all things witchy, but the rebooted series is even more in line with Chilling Adventures of Sabrina than the original run. The first season is still currently airing on the CW, and it combines witchy magic with progressive, feminist storylines in a very similar way to Sabrina.

Where to watch: Hulu

The quintessential series in teen horror, Buffy the Vampire Slayer both defined and elevated the genre throughout the '90s and 2000s. The show centers on Buffy, a superpowered vampire and demon killer, and it has witchy elements as well courtesy of her spell-casting bestie Willow. Chilling Adventures of Sabrina is often compared to Buffy, and Buffy's influence on the show is clear, so if you have not seen it yet, then start watching it on Hulu.

Where to watch: Netflix

Chilling Adventures of Sabrina is chockfull of classic horror movie references, and obviously, Bates Motel is one big expansion on an iconic horror classic. The A&E series adds creepy new layers to the Psycho characters Norma and Norman Bates, and gets really, really dark.

Where to watch: Amazon Prime

While Sabrina is trying to balance her mortal life with her life as a witch in Sabrina, Scott McCall is forced to walk the same tightrope in MTV's Teen Wolf, except he's a werewolf instead of a witch. The dark, supernatural series ran for five season before ending recently, so if you have not seen it, binging it will definitely tide you over until the next season of Chilling Adventures of Sabrina.