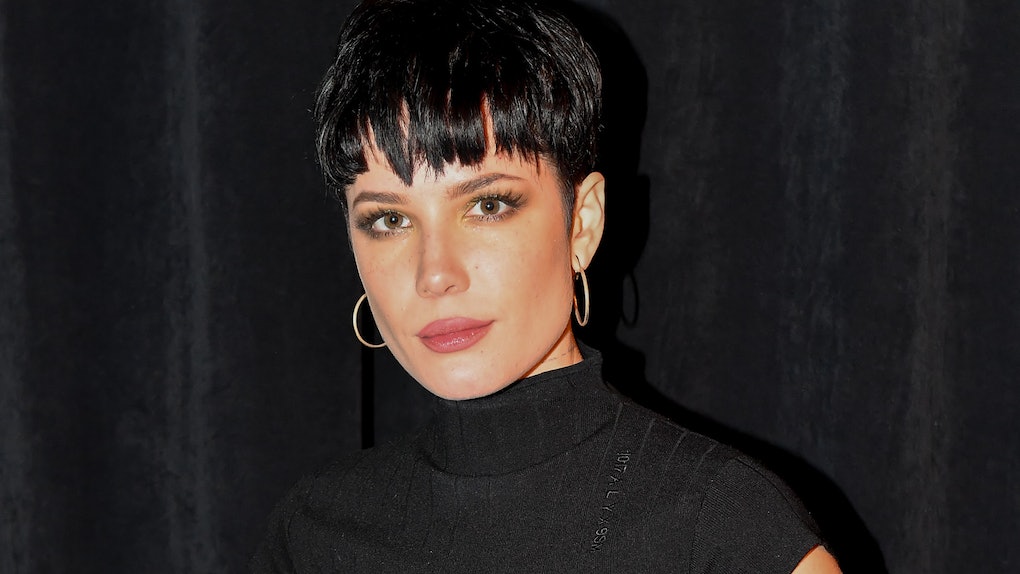 The entire music community was shaken when Mac Miller tragically passed away in September 2018, and many are still grappling with the loss. Although he was a rapper, Miller's impact was felt across a wide array of genres, and everyone from pop stars to rock stars spoke out about his sudden death. Now, Halsey is elaborating on just how much his passing affected her. Halsey's quotes about what Mac Miller's death taught her were so raw.

Halsey recently sat down for an episode of Dax Shepard's Armchair Expert podcast, where she detailed the profound way Miller's passing changed her life. Although she admits it's terrible to put any kind of positive connotation on a "heinously tragic event," the news was a much-needed wake up call for her.

She admitted, "It gave me the courage and the faith to leave the relationship I was in. It gave me that real f*cking reality check that I needed and I think it probably did the same for a lot of other people too."

Halsey told Shepard that she caught herself just before going down a dangerous path. "I was lucky enough to be in a position where I was like, 'Okay, cool I'm not ruining my life yet,'" she explained. "But I never would've expected some of the people that I know and loved and lost... to see them go down that path so aggressively and so rapidly. I kind of recognized the spiral early and was like, 'Alright, now I know.'"

Halsey was one of the many stars who mourned Miller's passing after he accidentally overdosed in September 2018. She shared a lengthy message to Twitter, calling his death a "bad dream."

Three years later, Halsey still feels the effect his sudden passing had on her. While she didn't name names, Halsey admitted in the interview she was previously in a relationship with an individual who used drugs —something she steers clear of now.

"As a result, my currency of expressing love with them became doing drugs with them," she explained. "There was a lot of infidelity in the relationship too. It was like if I don't do it with you, you're going to go do it with someone else and then probably f*ck them and I'm going to take you back anyway because this is what we do."

These days, Halsey is choosing healthier relationships for herself, and it's hard to believe Miller has been gone two years, considering how intensely his impact is still felt.