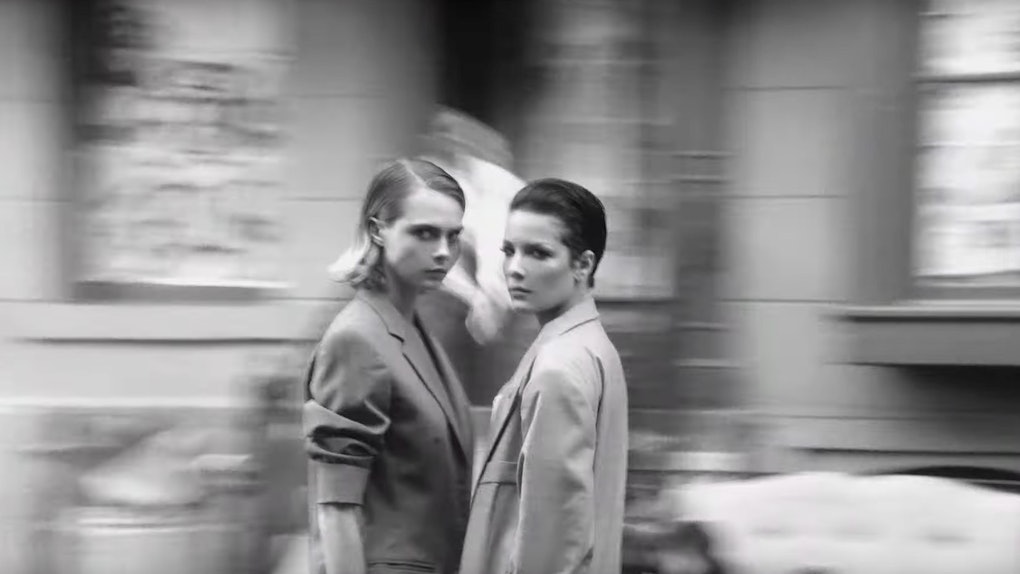 Halsey's "Nightmare" Lyrics Will Remind Women They Don't Owe Anyone Anything

Halsey has finally released some new music and fans are beyond ready to get acquainted with the new material. Luckily, the new song “Nightmare” offers fans some incredibly empowering lyrics to sing along to. Now all they have to do is learn them. So, here’s an in-depth look at Halsey’s “Nightmare” lyrics, all of which will make you feel like a powerful badass.

Halsey has been teasing the lyrics to “Nightmare” for days leading up to the song’s May 17 release. She even initiated a lyric scavenger hunt in five cities across the United States. Fans in New York, Los Angeles, Chicago, San Francisco, and Dallas had the opportunity to scope out Halsey posters and see if any lyrics appeared on them. Luckily for everyone, the fans came through and started piecing together some of the song. Here’s a look at the lyrics fans spotted in each city:

According to Genius, the Halsey posters also included paragraphs of texts with portions of it censored. Here’s what they said:

Nightmare disorder is a form a parasomnia, a condition characterized by a sense of extreme discomfort or frightful dreams when sleeping, and [censored]. Nightmares often occur during the rapid eye movement (REM) phase of sleep, or when [censored] occur during the stage of [censored]. The true causes of nightmares is currently unknown.

So, Halsey put a lot of thought and creativity into how she was going to launch this single. And now that it’s finally been released, the weight behind the lyrics and its empowering message are fully apparent. It's clear that nightmare is an anthem for women who are sick and tired of being told they owe anything to anyone but themselves — a message that seems pretty timely as a controversial bill banning virtually all abortions passed in Alabama.

Have a look at the full lyrics below.

Now I lay me down to sleep

I pray the Lord, my soul to keep

If I shall die before I 'wake

I pray the Lord, my soul to take

I, I keep a record of the wreckage of my life

I gotta recognize the weapon in my mind

They talk shit, but I love it every time

I've tasted blood and it is sweet

I've had the rug pulled beneath my feet

Broke down and put myself back together again

Stared in the mirror and punched it to shatters

Collected the pieces and picked out a dagger

I've pinched my skin in between my two fingers

And wished I could cut some parts off with some scissors

"Come on, little lady, give us a smile"

No, I ain't got nothin' to smile about

I got no one to smile for, I waited a while for

A moment to say I don't owe you a goddamn thing

I'm no sweet dream, but I'm a hell of a night

That I'm no sweet dream, but I'm a hell of a night

No, I won't smile, but I'll show you my teeth

And I'ma let you speak if you just let me breathe

I've been polite, but won't be caught dead

Keep my exes in check in my basement

'Cause kindness is weakness, or worse, you're complacent

I could play nice or I could be a bully

I'm tired and angry, but somebody should be

Someone like me can be a real nightmare, completely aware

But I'd rather be a real nightmare, than die unaware, yeah

Someone like me can be a real nightmare, completely aware

But I'm glad to be a real nightmare, so save me your prayers

I'm no sweet dream, but I'm a hell of a night

That I'm no sweet dream, but I'm a hell of a night

You can listen to the song and watch Halsey's amazing music video for it below:

All in all, the lyrics are pretty intense — but in the best, most timely, and much-needed way possible. What else would you expect from Halsey? All her music is powerful, and that’s part of what makes her such a compelling artist.