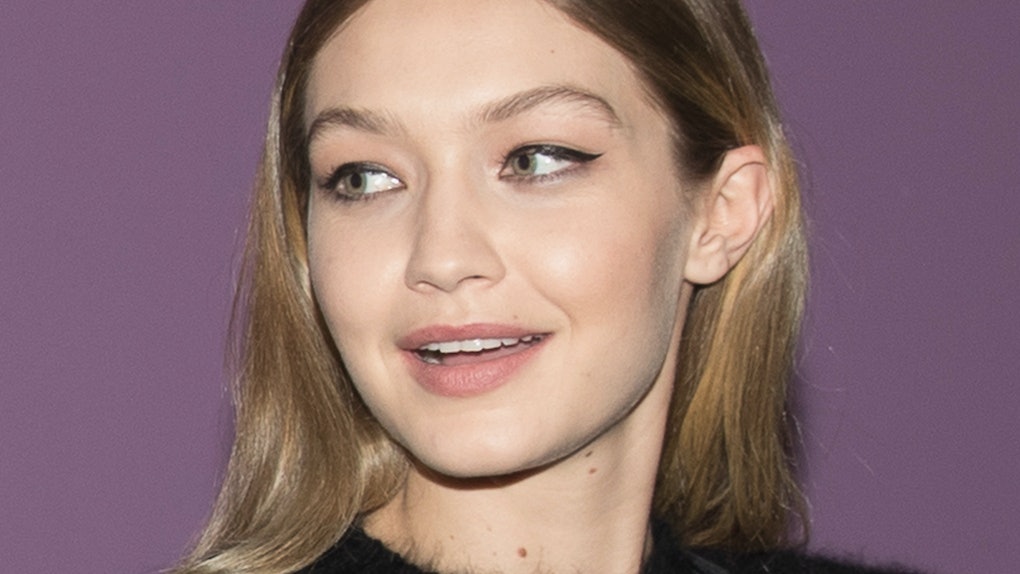 Gigi Hadid's Comments On Being Body Shamed Are So, So Inspiring

Gigi Hadid has taken the modeling world by storm, and it seems like there is nothing she can't do in fashion. From makeup, to commercials, to runway, Hadid fits in and stands out no matter what modeling project she's a part of. When she first broke onto the scene at age 17, she was known for her athletic figure and curves. Now, people are saying she's too skinny. It's ridiculous, and she thinks so too. Gigi Hadid's comments on being body shamed are so inspiring, and her response to the general public commentary on her form is also eye-opening.

Hadid sat down with actress Blake Lively to do an interview for Harper's Bazaar and things got real. It's important to Hadid that fans know she didn't lose weight because she "gave in" to the industry. In reality, she was diagnosed with an autoimmune disease that made her take a harder look at her health and diet. She told Lively,

Nowadays, people are quick to say, 'I used to love Gigi’s body, and now she just gave in.' But I’m not skinny because I gave in to the industry. When I had a more athletic figure, I was proud of my body because I was an amazing volleyball player and horseback rider. But after discovering that I have Hashimoto’s [an autoimmune disease], I needed to eat healthy and work out.

She added, "It was weird as a teenager, dealing with this when all of my friends could eat McDonald’s and it wouldn’t affect them."

In February, Hadid tweeted about her diagnosis and how Hashimoto's affected her physical appearance. She wrote,

For those of you so determined to come up w why my body has changed over the years, you may not know that when I started @ 17 I was not yet diagnosed w/Hashimoto’s disease; those of u who called me “too big for the industry” were seeing inflammation & water retention due to that.

Today, she tells Lively that if she could "have her ass back" she would. She said, "If I could choose, I would have my ass back and I would have the tits I had a few years ago. But, honestly, we can’t look back with regret. I loved my body then, and I love my body now."

Unfortunately, being in the public eye and participating in social media leaves young celebrities like Hadid open to trolling. Plus, other young women in the world use their model images as a template for what they want to look like, too. Hadid told Lively that the nature of her industry (and the help of Photoshop) paints an unrealistic portrait. She said,

It’s so important for young people not to compare themselves with what they see online. It’s our job as actors and/or models to be in shape. We have access to gyms and trainers and healthy food. And then on top of that, 99.9 percent of the time the images are Photoshopped. I’m guilty myself of being at a photo shoot and saying, 'That looks terrible on me.' And they’re like, 'We’ll fix it.' And you’re so relieved.

Still, she has a strong message for everyone out there hating on her body and those who are feeling badly about themselves:

Whoever is reading this, I want you to realize that three years from now you will look back at a picture from this time period and be like: 'Wow, I was so hot. Why did I feel so bad about myself because of some stupid thing someone said?'

Ain't that always the truth.

Hadid's honesty and openness makes room for further dialogue in the self-love conversation and helps women take control over the narrative of our bodies.

More like this
Bella Thorne's "Phantom" Reveals The Lessons She's Learned About Healthy Relationships — EXCLUSIVE
By Brandy Robidoux
Where Is The 2021 Oscars Ceremony Being Filmed? The Location Is So Different
By Umber Bhatti
Demi Lovato Said She Won't Share Details About Her Recovery Again After Being Criticized
By Brandy Robidoux
Stay up to date