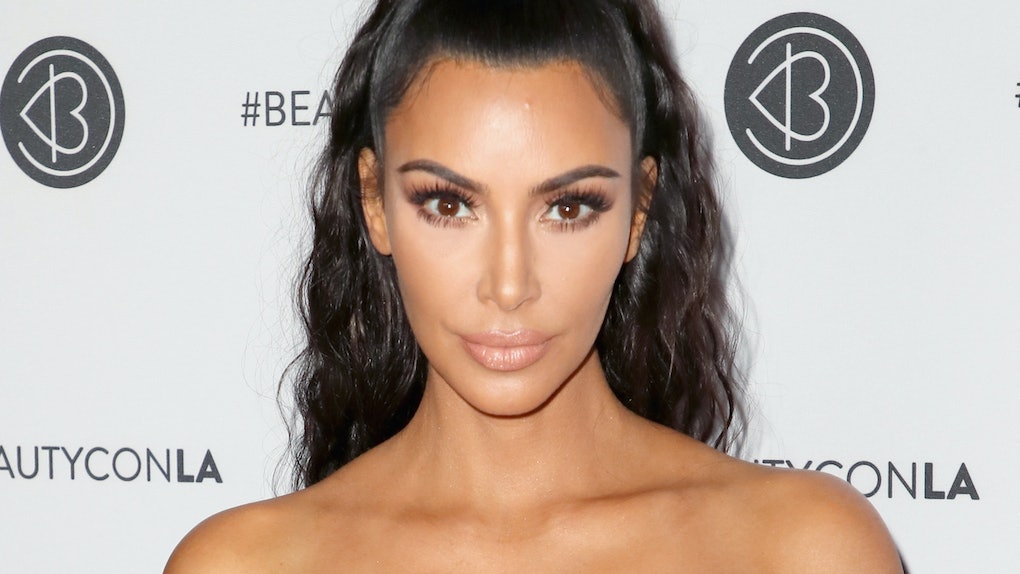 I just realized how often I don't style my hair. For the most part, I wear it down and let it air dry. Luckily, I can get away with it (sometimes) because my hair is long and has a natural beach-wave texture to it. But no, air-dried hair is not a style. And the truth is, I'm actually really good at styling my own hair — I've even perfectly executed Ariana Grande's hybrid braid ponytail before — I think I'm just lacking inspiration. So, I decided to investigate what will be the big fall 2018 celeb hair trends.

To get some serious insight, I reached out to someone who knows what hairstyles all the big celebs will be wearing next season, their hairstylist: Justine Marjan, a regular member of the Kardashian's glam squad and mane lady for Chrissy Teigen, Ashley Tisdale, Lauren Jauregui and more.

You might think the celebrities are responsible for setting some of our favorite trends, but the truth is, it's really the glam squad members who are creating them. So who better to ask for the looks that are about to be everywhere this autumn? Marjan let me in on three hairstyles and disclaimer: One involves committing to a cut. Ahead, the styles you'll want to copy STAT — I know I do!

Marjan predicts glass hair will be the trend of 2018, but in case you're unfamiliar with the look, she describes it as, "super shiny, healthy strands that have reflection that moves with light. I love how this plays off of dark hair colors and just looks super healthy and shiny." Marjan adds, "I would suggest getting the look with the GHD Gold Professional Performance Styler ($199; sephora.com) and a little bit of Ouai Hair Oil ($28; sephora.com) for shine."

The New Half Up Ponytail

If you thought the half-up-half-down ponytail was a thing of the past, think again! Justine Marjan says not only is it back, it's not your favorite middle-school hairstyle anymore. "Half up ponytails used to look more cute and less sexy, but now they look extra hot with minimal volume, lots of texture, and sitting high on the head," she says. "I love how this pulls the face and eyes back without sacrificing length. I would suggest styling with Tresemme Micro Mist Hairspray ($5; target.com) in texture for hair that will hold but can still move."

It was all about the "lob" last year, but the OG bob is back — think short, with razor sharp ends like Olivia Culpo and Khloe Kardashian, both cut by Justine Marjan. She says, "This cut isn’t going anywhere! Clean, sharp ends just look fresh, modern, and healthy. I love that everyone is ready to chop off their over processed ends and start fresh with shorter hair." What do you say? New season, new cut?

Now that I have plenty of inspiration to work with, I won't be so quick to let my hair naturally dry when stepping out of the shower. Plus, that half-up ponytail has my name written all over it — if I do say so myself!