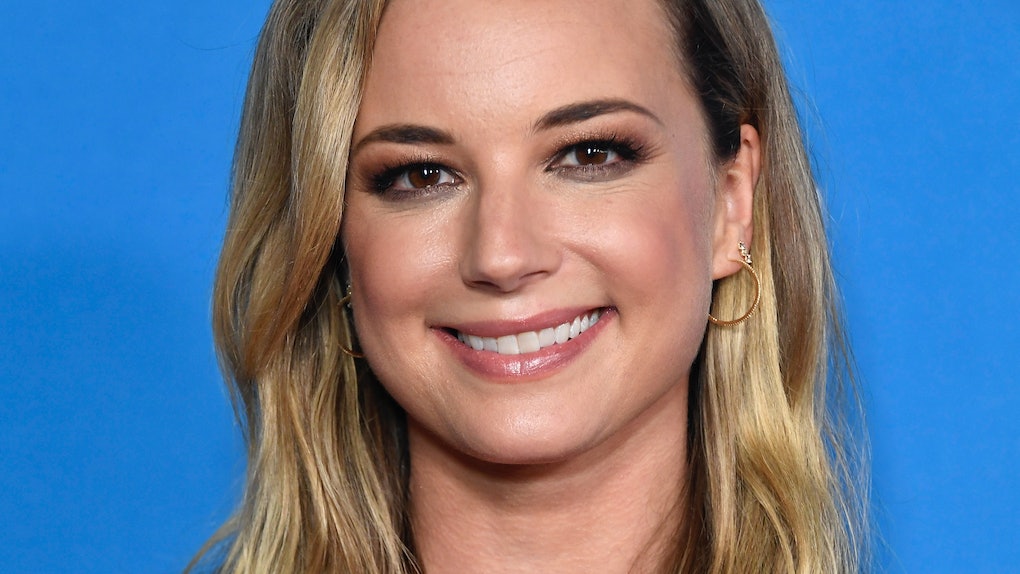 After spending years as a fugitive, Sharon Carter has finally made her return to the Marvel Cinematic Universe, and I couldn't be happier about it. Emily VanCamp reprised her role as S.H.I.E.L.D. agent (and great-niece of Peggy Carter) in the Disney+ series The Falcon and the Winter Soldier, which is the first time fans have seen her since 2016's Captain America: Civil War. And while Sharon and Steve Rogers never took their romance off-screen, Emily VanCamp's relationship history does include several former co-stars, including another MCU member and two on-screen siblings.

In the end, VanCamp found lasting love with Josh Bowman, who she married on Revenge before marrying IRL. The two have kept their relationship relatively private, but while VanCamp is reluctant to discuss Bowman during interviews, she's not afraid to talk about the infamous kiss shared between Sharon and Steve. As she explained to Variety during an April 2021 interview, she totally gets why fans hated on the pairing. "I mean, look, you have to laugh," she said. "Some of these storylines play and some of them don't."

VanCamp and Chris Evans may not have been an IRL item, but here are the co-stars the actor has romanced over the years.

Long before they both became members of the MCU, VanCamp and Pratt were co-stars on the WB drama Everwood. Awkwardly enough, the actors played brother and sister on the series, but that didn't stop them from falling for each other. "Yeah, we've pretty much gotten used to the response of, 'Ew, that's weird. That's creepy,'" Pratt joked during an August 2006 interview with TV Guide. "The people who know us are happy and probably expected it to happen eventually. But yeah, every once in a while we get that one person that's like, 'That's really creepy. You just kissed your sister.'"

Though Pratt even talked about the possibility of marriage during his TV Guide interview, the couple ended up going their separate ways after just about three years together.

Pratt isn't the last on-screen sibling VanCamp ever dated. She also romanced Dave Annable, who played her half-brother on ABC's Brothers and Sisters. Dating rumors first began circulating about VanCamp and Annable in April 2007, per E! News. Their chemistry was so palpable that a plot twist was added into the storyline, in which the two found out they weren't actually related and could date. "I'm all for breaking boundaries, but we didn't need to get into incest," VanCamp joked about the twist during an April 2008 interview with Entertainment Weekly, noting she was grateful for the change.

It's unclear when or why the two split, but when VanCamp left the show in 2010, she wished her ex nothing but the best. "I think this will give Dave Annable an opportunity to do some different things, which will be exciting for him," she told EW in July 2010. Annable ended up marrying his new love interest on the series, Odette Yustman, so it seems VanCamp's departure did give him an opportunity.

While filming the miniseries Ben Hur in 2010, VanCamp met her next boyfriend: Joseph Morgan, who you may known as Klaus from The Vampire Diaries. Though it's unclear when exactly the two began dating, they ended up splitting after more than a year together, and VanCamp cited distance as the reason for the split.

"I'm working non-stop in L.A., he's working in Atlanta. It kind of makes it impossible," she said of the breakup during a January 2012 interview with Flare. "It doesn't take away from the love that two people have and I think he's extraordinary." Later, during a May 2012 interview with Lucky, VanCamp alluded to a past relationship that didn't end well, saying "every young woman needs to have one boyfriend who disappoints her, who really breaks her heart" in order to know what true love is. It's still unclear whether she was referring to Morgan or to another ex.

Not long after filming for ABC's Revenge began, VanCamp found love again with yet another co-star, who also happened to be her on-screen love interest. In January 2012, sources for Us Weekly reportedly claimed VanCamp was romancing Josh Bowman, and a month later, the two were reportedly spotted kissing on a lunch date, seemingly confirming their relationship. After five-and-a-half years of dating, Bowman popped the question in May 2017, and by December 2018, the two were married.

Even after more than a decade together, the couple has kept their relationship relatively private. As VanCamp explained to Elle Canada in March 2014, "Josh and I keep it all very separate. I barely talk about him in interviews, to be honest." And though they don't reveal much about their relationship, it seems clear to me these two are the real deal.

Here's hoping VanCamp and Bowman have a long, adorable future ahead of them.