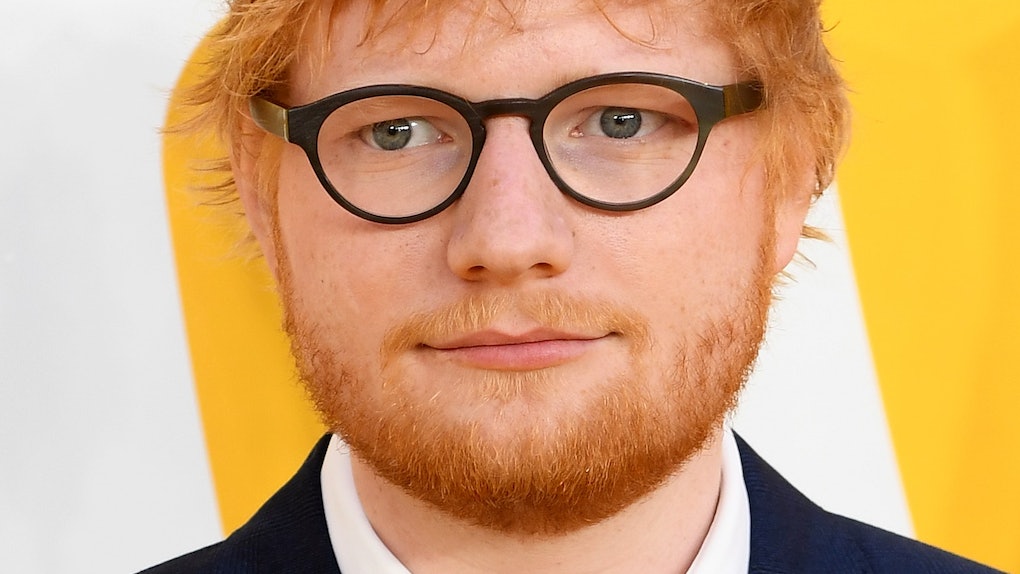 It's been two years since Ed Sheeran blessed the world with his 2017 album Divide. You know, the album that came with songs like "Shape of You" and "Perfect." At the time the songs released, they were all I heard on the radio every hour. Seriously. Every hour. Maybe even multiple times per hour because that's just how much people loved (and still love) the songs. And although it's been years, I still hear "Perfect" at every wedding I attend and I think that song will never really go away. Well, get ready for your mind to be blown because Ed Sheeran is releasing his new album No.6 Collaborations Project soon and it's going to be totally epic. Ed Sheeran's No.6 Collaborations Project tracklist reveals all the amazing artists Sheeran will feature on his new collaboration album and there's just so many, I don't know which one is my fave.

He wrote on Instagram, "Before I was signed in 2011, I made an EP called No.5 Collaborations Project. Since then, I’ve always wanted to do another, so I started No.6 on my laptop when I was on tour last year."

Fans suspected a new album was in the works when Sheeran released "I Don't Care" with Justin Bieber on May 10. Sheeran confirmed the suspicion on May 23 and swiftly dropped his song "Cross Me" with Chance the Rapper and PnB Rock the day after on May 24. Those collabs were just the beginning because on June 18, Sheeran revealed all the artists that will feature on No.6 Collaborations Project.

Take a look below:

No, your eyes aren't deceiving you. Ed Sheeran is collaborating with that many artists. Do any of them stand out to you, or have you not recovered from the initial shock yet? I think the track I'm looking forward to hearing the most is "South of the Border," which will feature Camila Cabello and Cardi B. That is going to be interesting. Both women have released huge radio singles like "Havana" and "I Like It," so throw in Ed Sheeran into the mix and the result will be pure pop goodness. I already predict that it will be a summer hit.

It looks like Cabello is also really excited for the track to come out, too. As soon as Sheeran revealed the tracklist, she tweeted, "Let’s goooooo," and tagged both Ed Sheeran and Cardi B. Yeah, I smell a hit!

I've been waiting two years for Ed Sheeran to drop a new album, so I am so ready to hear all these new songs. Get ready, because July 12 is going to be a huge day for music!