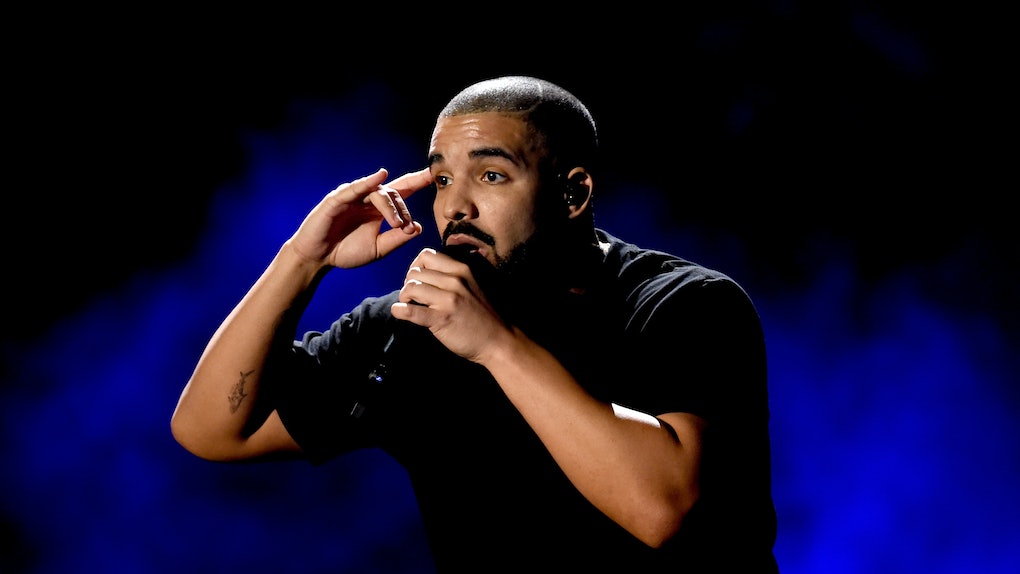 Drake sells out stadiums across the globe, has over 60 million Instagram followers, and sees viral success with nearly every single he drops, so one would never expect the rapper to get booed off a stage. But that's exactly what happened on Nov. 9 when Drake hit the stage at the 2019 Camp Flog Gnaw festival. At least the man has some humility, though, because Drake's response to being booed off stage will make you laugh out loud.

Before I dive into that, I should note the crowd's response to Drake's appearance actually had very little to do with him, and a whole lot to do with Frank Ocean. See, due to whispers in the air and endless social media fan theories, concert-goers were convinced Ocean was set to make an appearance at the festival, and were less than thrilled to see Drake hit the stage instead. The more Drizzy performed, the more they realized that Ocean was probs not in the building.

The crowd had mixed reactions once they caught on to the fact Drake was the big surprise for the night. While some just took the L and enjoyed the tunes, the "In My Feelings" rapper was met with boos from a large portion of attendees.

Don't worry, though. The visceral reaction was not enough to throw Drake off his game or dim the comedian in him. The day after the festival, the hit-maker took to Instagram to splash a little humor on the situation.

“Plot twist...just signed a 10 year residency at Camp Flog Gnaw sorry kids see you EVERY SINGLE YEAR till you are 30 🤪,” he wrote.

Perhaps the best thing to come out of this whole situation was seeing how hard fellow rapper and the festival founder, Tyler The Creator, defended Drake. He did not hold back on Twitter.

"I THOUGHT BRINGING ONE OF THE BIGGEST ARTIST ON THE F**KING PLANET TO A MUSIC FESTIVAL WAS FIRE! BUT FLIPSIDE, A LIL TONE DEAF KNOWING THE SPECIFIC CROWD IT DREW," he tweeted. "SOME CREATED A NARRATIVE IN THEIR HEAD AND ACTED OUT LIKE A**HOLES WHEN IT DIDNT COME TRUE AND I DONT F**K WITH THAT."

Apparently, Tyler is the ultimate Drizzy stan. "AGAIN, THANK YOU DRAKE! ( IM F**KING PISSED HOTLINE BLING WAS NEXT THATS MY F**KING SH*T IM GONNA PLAY THAT IN THE SHOWER RIGHT NOW) <3," he wrote in another post.

After the performance, Drake reportedly told DJ Akademiks that the experience was "a moment of humility" for him, but I still think Drizzy deserved better. Hopefully there's a little bit of truth behind Drake's latest joke, and he'll be returning next year to a crowd that won't boo him off stage.