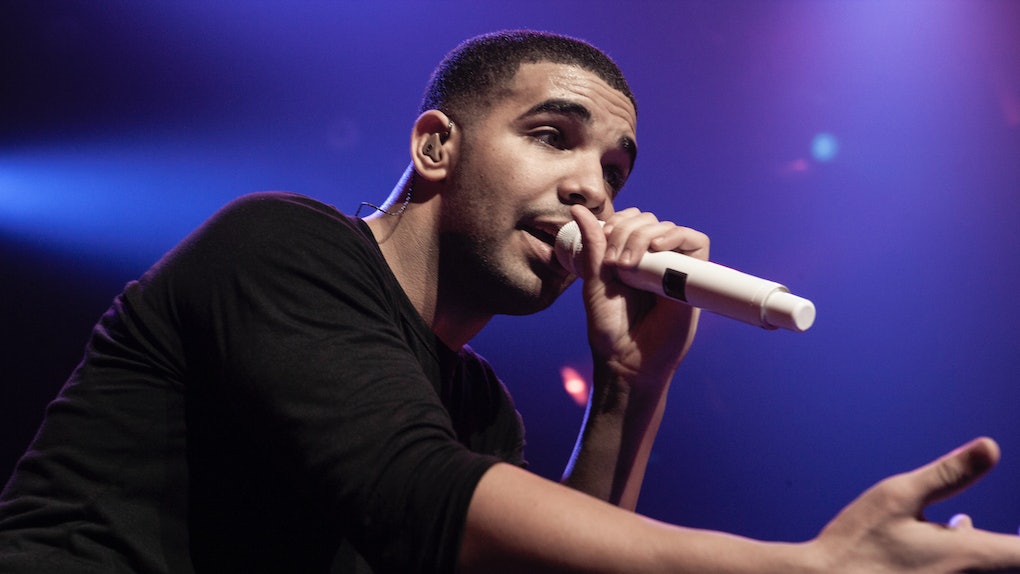 Drake's 'Certified Lover Boy': Here's Everything To Know About The Album

Drake fans can (almost) rejoice. After endless speculation about his new record, the details of Drake's upcoming sixth studio album are finally coming together. Here are all the Drake's Certified Lover Boy album details you need to know about, so you can fully prepare to be wowed.

Ever since Drake dropped a subtle hint about his album during a December 2019 concert, at which he told fellow rapper DaBaby "we can turn up in 2020," fans have been patiently waiting for him to drop the project.

In April 2020, it seemed like the album had a finite release window. Drake announced his Dark Lane Demo Tapes project and pledged there was more music to come. "Also my 6th STUDIO ALBUM DROPPING SUMMER 2020!!! Lucky number 6," he shared.

Drake kept fans entertained during the spring and summer with the Dark Lane Demo Tape's bop "Toosie Slide," which instantly became a hit on the radio and on TikTok. The release may be enough to hold fans over for now, but when it comes to Drake's Certified Lover Boy fans are getting impatient. At least for now, there's enough details to dig into as you wait for the record to drop.

When Does Drake's Certified Lover Boy Come Out?

On Saturday, Oct. 24, which just so happened to be Drake's birthday, the rapper released a moody video announcing his new album would arrive in January 2021.

But alas, by the end of the month, the rapper's album release plans had changed. He took to his Instagram Stories on Jan. 20 to explain why Certified Lover Boy would not be hitting shelves in January as promised.

"I was planning to release my album this month but between surgery and rehab my energy has been dedicated to recovery," Drizzy explained. "I'm blessed to be back on my feet and feeling great and focused on the album, but CLB won't be dropping in January."

The exact timeframe wasn't specified, but Drake was sure to say it's coming in the year ahead. "I'm looking forward to sharing it with you all in 2021," he added.

A full tracklist has yet to be confirmed, but Drake revealed during a Toronto Raptors game in February 2020 that it will be shorter than his previous album, Scorpion, which had 25 songs.

“This album, I’ll probably make it a more realistic offering, something more concise,” he said. "Anywhere, whatever you want, it can be 10, 11, 16. I also do a lot of different types of music so it's tough to make it like a seven-song album or something like that. Yea, I'm having a lot of fun right now making music."

In August 2020, Drake released "Laugh Now Cry Later" featuring Lil Durk as the lead single off the album. The song debuted at No. 2 on the Billboard Hot 100 chart the week after its release.

Look for Drake to reveal more details about his upcoming sixth studio album in the coming months, before it drops later this year.

This article was originally published on Aug. 31, 2020