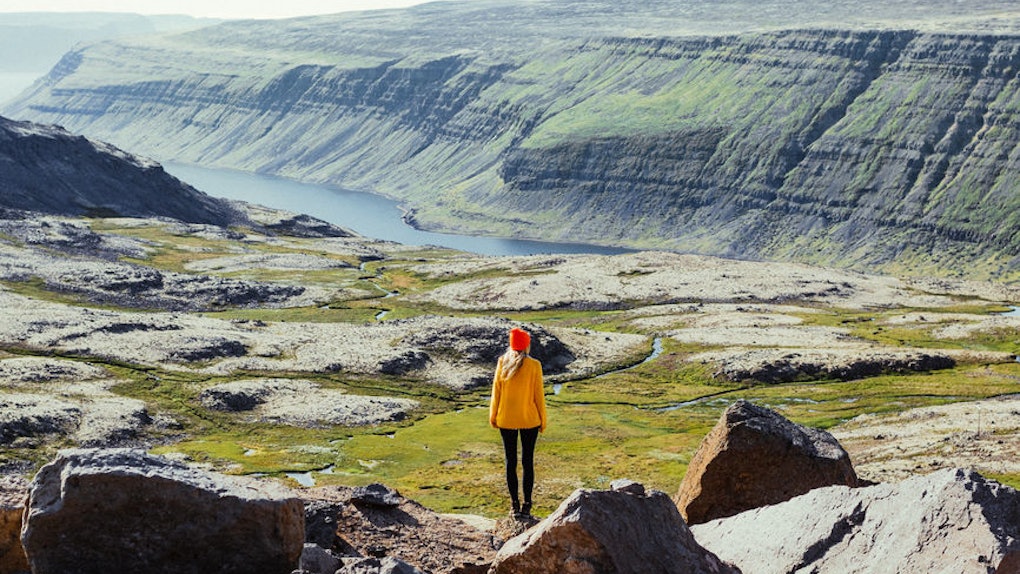 Dollar Flight Club's June 19 Deals To Keflavik, Iceland Can Save You $535 On A Nordic Vacay

Don't get me wrong — summer is totally my fave season, but when the weather starts getting too hot to bear in stuffy New York City, I usually try heading north to cool off. Just in time for the official start of summer, Dollar Flight Club's June 19 deals to Keflavik, Iceland can help you plan a cooler getaway. Seriously, they could save you upwards of $535 on your Nordic vacation.

According to a daily email from Dollar Flight Club (DFC), the best flight deals to Keflavik, a small town on Reykjanes (which is a volcanic peninsula in South Iceland), are those departing between August 2019 and April 2020. Keep in mind you will not want to wait too long to book, because the low prices will likely skyrocket in the next 24 hours. The average trip there from North America costs about $1025, per DFC. However, the flight deals site is showing prices that almost cut that cost in half. It's seriously worth considering, especially if you're planning on traveling anytime soon.

Round-trip flight prices from the East Coast to Keflavik, Iceland between the dates I specified above are incredibly low right now. For example, you could catch a round-trip flight from Washington D.C. for only $490, which will save you $535 on the average cost of those flights. Other flight deals depart from Orlando, Florida for $680; from Hartford, Connecticut for $590; and from Richmond, Virginia for $654. For a round-trip flight anywhere across the pond from this side of the country, those prices are pretty impressive.

If you're departing from the Midwest, on the other hand, flights are a little pricier. However, there are pretty good deals departing from select cities out there, too. For example, you could catch a round-trip flight from Detroit, Michigan for $719, from Dallas-Fort Worth, Texas for only $567, from Houston, Texas for $596, or from Denver, Colorado for $600.

And last but not least, if you happen to live all the way in Canada, you aren't totally SOL — that is — if you're leaving from Ontario. At the moment, flights from Ottawa are costing as low as $689, and if you ask me, that's totally reasonable. Just remember that all of these prices are accurate as of publication, so make sure you buy now, and plan later.

There is a lot to do once you land in Keflavik, so make sure to draft a rough itinerary before you arrive. Visiting the Blue Lagoon in Iceland is a total must. And you will want to check out the country's gorgeous waterfalls, like Skógafoss, to snap the perfect 'Gram. Renting a camper van is always fun, too, if you're looking to totally immerse yourself in the outdoors. There are a ton of options, so definitely start planning.

If you aren't able to travel during the dates I listed above, don't worry about it too much, because Dollar Flight Club offers so many different flight deals on a regular basis. Upon signing up and specifying your nearby airports, the company will email you regarding cheap flight deals every single day. It's seriously a dream tool for anyone who's trying to plan an affordable vacation. So, safe travels, guys. And don't forget a warm jacket!

More like this
This Video Tour Of Disney World Reveals Cool Design Secrets Of The Magic Kingdom
By Lara Walsh
Smirnoff's Summer Of 2,021 Dreams Giveaway Includes Free Flights & Bucket List Experiences
By Lara Walsh
Here's How To Enter Hotels.com's Tax Write-Off Vacation Giveaway For A Chance At $2,700
By Lara Walsh
Stay up to date