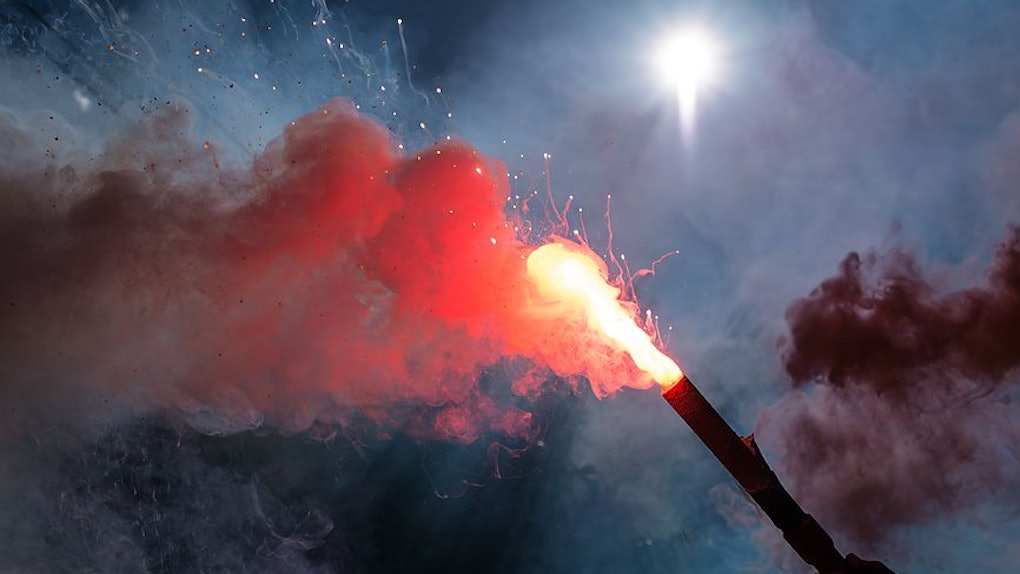 Does The Super Blue Blood Moon Affect Your Sex Drive? Here's What You Can Expect

The effects of the moon will be felt emotionally and physically. And with the sun setting up in the sign of Aquarius, the dual effects of solar and lunar energy will create a powerful yin/yang effect. The impact of the super blue blood moon in Leo pulling on the sun in Aquarius, the polar opposite sign, will either be extremely fulfilling or depleting, depending on the way in which you have been facing challenges since Dec. 2017.

If you've felt like you're being downtrodden underneath Saturn's influence, if the planet of time and obstacles has made you afraid, kept you from changing, or "keep doing what you've always been doing," then the super blue blood moon might make you feel like you don't want anyone to touch you or even to look at you. It might be the time to enter a deep, spiritual retreat and work on self-healing. The full blue blood moon will basically be a strong cosmic suggestion to stay single and do some important work on yourself.

If you've had the opposite experience with Saturn in Capricorn, and started seeing challenges as calls for you to rise above earthly constraints, then the super blue blood moon is going to draw out your confidence and give you unstoppable force. This will be a good time for you to say exactly how you feel, particularly if you have been experiencing feelings of love.

It's also the time to state exactly what you want out of a partnership, particularly in terms of sex. As a lover, Leo is a proud one. Lust is the sun they carry on their banner. Leos know exactly what they want and how to manifest it. We might not all be Leos, but under the influence of the super blue blood moon, we will all feel Leo's effects. If you've stopped yourself from telling your partner how much they mean to you, this will be a time to release your tongue and lavish words of praise. During sex, let your partner know exactly how they're making you feel and what you want to do to them. Your dirty talk will be unparalleled.

Sex during this blue blood moon will be loud and voracious, because it will be the release of all the pent-up energy that has been building since the new moon was in Capricorn back on Jan. 16. That last new moon demanded that lovers face their fears within the bedroom. Many relationships might have weathered some feeling of shedding or death. Many couples engaged in important talks about boundaries and compatibility. Many people didn't come out on the other side of these conversations with their relationships still in tact.

Sex during the blue blood moon will allow you to claim the parts that have been previously passed over within yourself. Depending on the status of your relationship, the passionate energy might be miraculous, allowing certain partnerships to be brought back to life. If your relationship is beyond repair, then sex during this time will thrust you into the next phase of your life. The karmic loop that you have been seeking your way out of will be finally broken, and your own personal light will be revealed.

So whatever you choose to do on Jan. 31, make sure that you know where you are channeling your passions, and that your purpose is clear. Whether with a partner, with a hookup, or solo, one thing's for certain: It's a good time to release your inhibitions so you can finally start having some real fun.