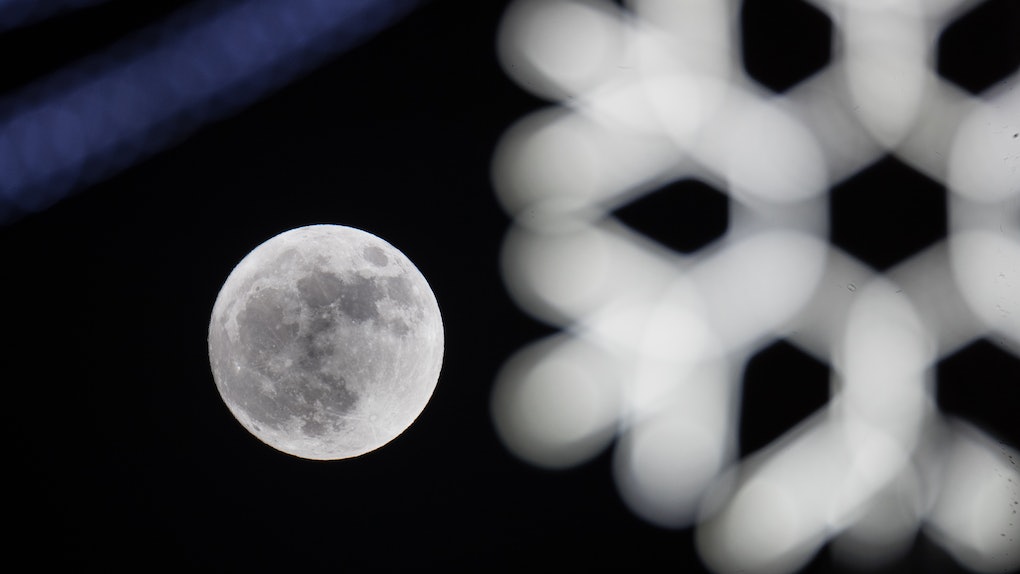 Does The Lunar Eclipse Affect The Weather? Here's What To Know

If you haven't heard, another exciting eclipse is coming our way, and it's even more rare than the solar eclipse of 2017. On Jan. 31, we'll get to see a lunar eclipse, also known as the super blue blood moon. Since a lunar eclipse occurs when the Earth's shadow blocks the sun's light, we have to ask: does the lunar eclipse affect the weather?

Thankfully, the lunar eclipse will not affect the weather, unless you happen to be on the moon. According to science website EarthSky, during a lunar eclipse, the moon's surface temperature changes so drastically, it's as though it goes from being in an oven to being in a freezer, thanks to its shift from direct sunlight to the Earth's shadow. So if you're planning to be on the moon on Jan. 31, you might want to bring multiple outfit options. If not, then Weather.com should help you prepare for whatever the day throws your way.

So now that that's out of the way, what else should you know about the upcoming lunar eclipse? Let's start with where it got its name. What exactly is a super blue blood moon, anyway?

Okay, so spoiler alert, it's not actually a scientific term. Instead, it's a mashup of a few different scientific and colloquial moon terms.

The first part, super, comes from "supermoon." A supermoon occurs when the moon reaches its perigee, or the point in its orbit in which it is closest to the Earth. As you might have guessed, in a supermoon, the moon appears fuller and closer to the earth, although this can sometimes be difficult to see without a telescope.

Blue Moon is a type of beer. It's also a store. But for our sake, a blue moon is the second full moon to occur in a single month. As you might have guessed from the saying, "once in a blue moon," it doesn't happen that often. According to Space.com, we see a blue moon about once every 2.7 years. Not super rare, but definitely a treat.

Then there's the "blood" part, which isn't as scary as it sounds. "Blood moon" is a colloquial term for a lunar eclipse. While the moon is fully in Earth's shadow, the illumination from the Earth's sunrises and sunsets becomes the only light hitting the moon, which causes it to appear red, like blood.

So a super blue blood moon is when the second full moon in a single month is at its closest point to the Earth, and undergoes a lunar eclipse. Phew, that was a lot.

Now for the fun part: how and when can we see the super blue blood moon? There's good news and bad news, depending on where you live. According to NASA, on the West Coast, the lunar eclipse will start at 2:51 a.m. PT and end around 8:08 a.m. PT. Totality will take place between 4:51 a.m. PT and 6:07 a.m. PT, so early risers in this part of the U.S. have a full hour to take in all of its beauty.

If you live on the East Coast, you unfortunately won't have prime viewing privileges, as the lunar eclipse will begin at 5:51 a.m. ET. By this time, the sky will already have begun to lighten up for the day. If you are on the East Coast, Gordon Johnston, program executive and lunar blogger at NASA Headquarters in Washington, recommends taking a look at the lunar eclipse at 6:45 a.m. ET for the best view.

Even if you're not in the best viewing location, I strongly encourage everyone to get out and take look. The last super blue blood moon was in 1866, so it's definitely worth waking up early for.