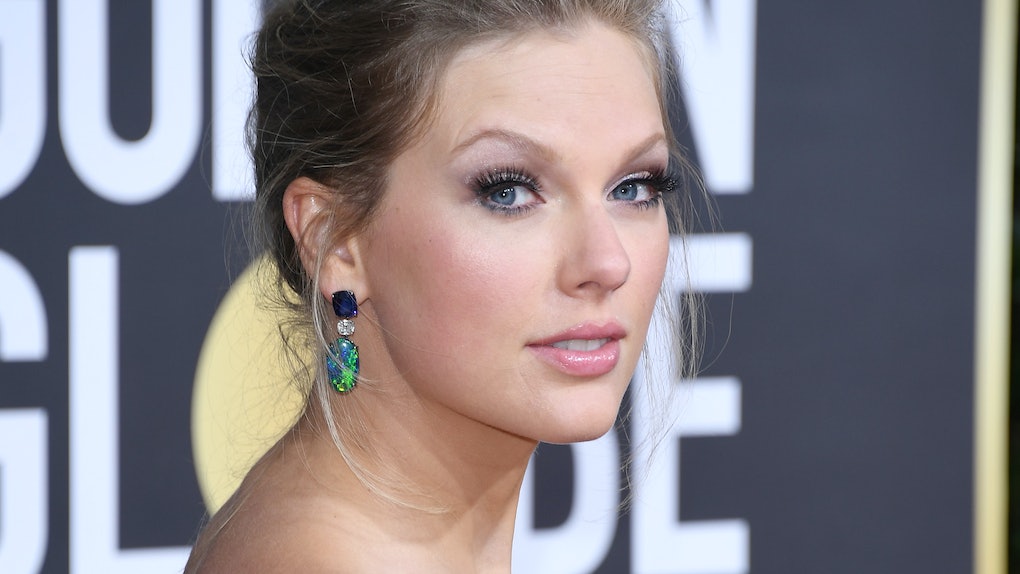 Taylor Swift's eighth studio album, Folklore, is jam-packed with lyrics that are raising fans' eyebrows for all the best reasons. In particular, her song "Peace" has everyone talking because they think Swift hinted she's ready to take the next step in her relationship with her longtime boyfriend Joe Alwyn. Yes, Taylor Swift may want kids with Joe Alwyn, and Swifties can't deal right now.

The couple has been dating since 2016, so fans think Alwyn has been the focus of many Swift songs, including "Paper Rings," in which she sings about the possibility of getting married, and "Cornelia Street," which seems to reference their NYC dates at the beginning of their relationship. To fans, "London Boy" was also directed at the British star (for obvious reasons).

Now, fans are adding "Peace" to that list because of a few lyrics that hint at Swift's relationship. In the song, she sings about a love that's real and she's willing to do anything for them. "All these people think love's for show, but I would die for you in secret. The devil's in the details, but you got a friend in me," Swift reassures that special someone.

Later on, she hints at wanting to start a family with them. "You know that I'd swing with you for the fences, sit with you in the trenches, give you my wild, give you a child," she sings.

She also says that person's family has become her own with the lyrics, "Family that I chose, now that I see your brother as my brother." (FYI: Alwyn has two brothers named Thomas and Patrick.)

Of course, this sent Swifties into a frenzy, thinking this means the singer was talking about Alwyn and how she wants to have a baby with him in the future.

It's definitely a good theory, but it's also possible the song isn't about Alwyn at all. After Folklore dropped on July 24, Swift told fans many of the lyrics on her new album were actually inspired by her friends' stories and some were even based on characters she created on her own.

"I found myself not only writing my own stories, but also writing about or from the perspective of people I've never met, people I've known, or wish I hadn't," Swift said.

Out of all of fans' theories they've come up with for Folklore, they really hope they're right about this one.