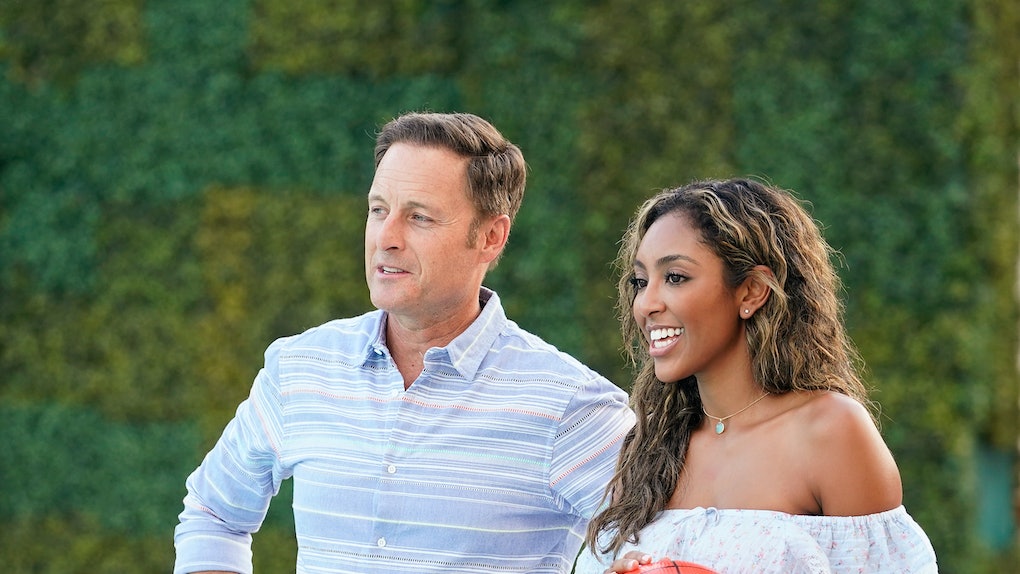 Does Spencer Win 'The Bachelorette'? Tayshia's First Impression Rose Is A Good Sign

After a messy few weeks of The Bachelorette, things are finally looking, well, slightly less messy on the season. Clare and Dale headed off into the sunset together, happy and engaged, and Tayshia Adams stepped in as Season 16's Bachelorette. As viewers watch the new Bachelorette get to know the guys, fans are wondering who — if anyone — will end up engaged to Tayshia. So, does Spencer win The Bachelorette? Tayshia's first impression rose might be an indication their future is bright.

In case you don't remember Spencer from Clare's short stint as Bachelorette, that's because he wasn't part of the original cast. He (along with three other guys) was added to the group after Clare and Dale left together, giving Tayshia more guys to date on her quest to find the one. While he wasn't part of the first round of gents, he's definitely making an impression.

As soon as Tayshia's first cocktail party started, Spencer was the first guy to jump up and sweep her away, getting some precious one-on-one time with her. Even though the two just casually chatted about where they were from and their hobbies, there was obviously some major chemistry between them.

Tayshia ended up giving Spencer her first impression rose, saying her “heart skipped a beat when he walked out of the limo” and that she wanted to get to know him more. While it's not as extreme as saying you're going to marry the guy on Night 1 (cough, Clare), it is making fans wonder if there's a chance Spencer might win Tayshia's round of the season.

The first impression rose is usually a pretty good sign of a strong, lasting connection for Bachelorette contestants. Many fan-faves — including JoJo Fletcher, Rachel Lindsay, and of course, Clare — ended up with the guy who received their first roses. Plus, viewers are clearly shipping Tayshia and Spencer.

Still, even though Spencer made a good first impression on Tayshia (and Twitter), that doesn't necessarily mean he'll win Season 16. This is 2020, after all. A lot can change as the season unfolds, so fans will just have to stay tuned to see if Spencer and Tayshia's story ends as happily as Dale and Clare's did.