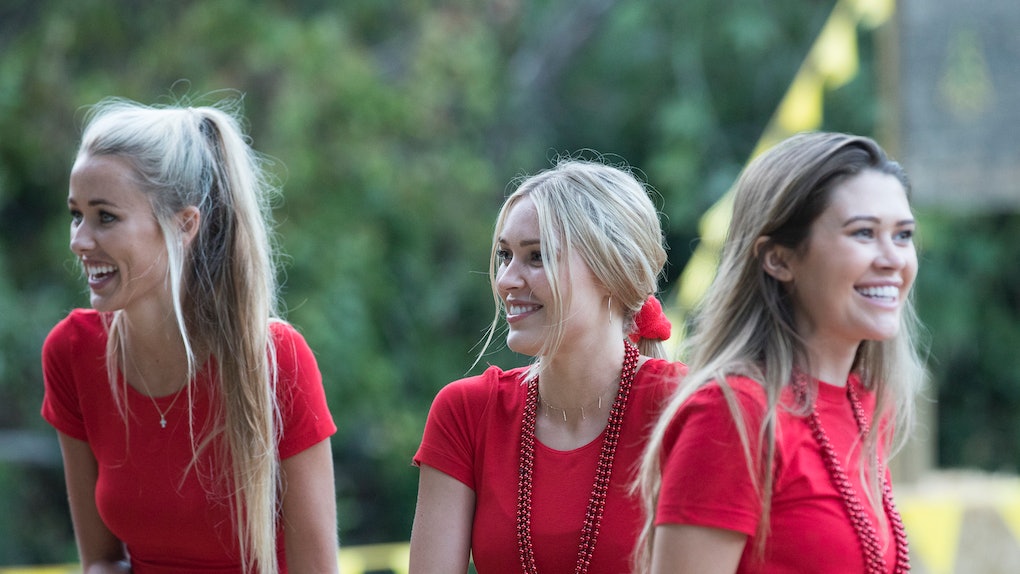 Does Cassie Win 'The Bachelor'? 4 Clues That Have Fans Freaking Out

The ladies on Colton Underwood's season of The Bachelor definitely deliver when it comes to drama, but before this week's episode, not many of them were standing out as winners of Colton's heart. Season 23 was starting to feel like many women's worst sorority-themed dreams before contestant Cassie Randolph scored her first one-on-one date with Colton in Thailand. The two shared a physical and emotional connection that Colton has yet to experience with other women, so does Cassie win The Bachelor? We have to wait until the March finale for an answer, but Bachelor Nation is convinced that the clues about Cassie receiving the Final Rose are all around us.

The 23-year-old speech pathology grad student first caught fans' attention on Night One. Already stepping away from tradition by wearing a flowing, multi-patterned dress rather than a tight gown, Cassie taught Colton some sign language and came across as sweet and peaceful. Since then, she faded into the background, but her private date on Feb. 4's episode certainly made up for any lack of airtime Cassie previously had. The native Californian opened up about a fear of her community judging her about not being a virgin and cuddled up to Colton in his bed.

The footage of their date suggested that Cassie is already leagues ahead of her fellow contestants, but now that Bachelor filming is done, what else can we look toward for guesses about Cassie's fate? Her social media and the edit of the show are full of hints that she may still be with Colton today, and we broke down some of the most promising teases below.

1. She Wants Fans To Know That They Had Serious Convos

Following the airing of her first one-on-one, Cassie took to Instagram to commemorate the date. Alongside a photo of her and Colton kissing in the ocean, she wrote, "Promise we did a lot more than just make out our entire date 🤔💋."

It's really her choice of emojis that's worth noting here. If she was just joking around, would Cassie really use such a pondering face? She's definitely hinting that she wants people to believe in her connection with Colton, and a Bachelor Nation relationship is always a smidge easier when you have fans' support. We don't want another series of media appearances like Arie and Lauren's post-Final Rose interviews, right?

2. She Called Dibs On Colton From The Very Start

When the Bachelor contestants were announced in December 2018, Cassie posted the cast's group photo to Instagram but also included a pic zoomed in on her and Colton and edited to blur out the other women's faces. She wrote, "I’m not good at sharing 😉 ."

That's a pretty bold statement to put out there before the season even began airing, but it's understandable and even cute if Cassie is officially with Colton in the real world. Plus, while mere mortals in Bachelor Nation can't confirm this, it would make sense if Bachelor producers have a say in who goes where in this Night One group picture. Cassie was clearly considered a front runner from the start, so perhaps producers placed their bets on her by positioning her next to Colton here.

3. She's Been Vocal About How Committed She Is To Her Pre-'Bachelor' Life

Bachelor contestants usually don't protest or explain the wacky job titles the production team assigns (what is Heather's job now that she's been kissed?!), but in Cassie's case, ABC's discrepancy about her career caused her fans concern. Labeled as a speech pathologist on TV, Cassie is actually a grad student and a speech assistant, but she explained and apologized for the mistake after the Season 23 premiere.

"It was encouraged I leave off the word assistant for lack of confusion, but I do realize how much one word can mean," she wrote on Instagram. "The LAST thing I want to do is minimize the work it takes to earn the title of a full fledged [speech pathologist] or misrepresent myself. I take my career very seriously and to those of you that reached out and expressed concern, what you said is valid and know that I get it."

Bachelor winning couples often receive flak for abandoning their actual careers in favor of Instagram sponsorship, but Cassie seems ready to balance both after her time on the show. Contestants may often keep it vague about their post-Bachelor future, but Cassie sharing her plans ASAP could be interpreted as her attempts to remain normal before fame really sets in.

4. Before Her Date, She Was Receiving The 'Sleeper Edit'

As Marie Claire points out, some of the franchise's most long-lasting couples were total surprises following the contestant being in the background of the lead's group. Catherine Giudici was practically mute on her season of The Bachelor before getting a date with her now-husband Sean Lowe. Although Cassie seems to have moved up to a bigger role on the show now, many great people have come before her under the 'sleeper edit' stamp, so her low-key persona onscreen is a strong sign of her finishing well. Toss in the fact that she has Jimmy Kimmel and Ellen DeGeneres' approval, and we can definitely expect to see more of Cassie this season.

More like this
What Would An LGBTQ+ 'Bachelor' Season Look Like?
By Abby Monteil
Rachel Lindsay's Final 'Bachelor Happy Hour' Podcast Episode Will Air In May
By Abby Monteil
Cassie Randolph Addressed Colton Underwood’s Coming Out On YouTube
By Lydia Wang
Stay up to date