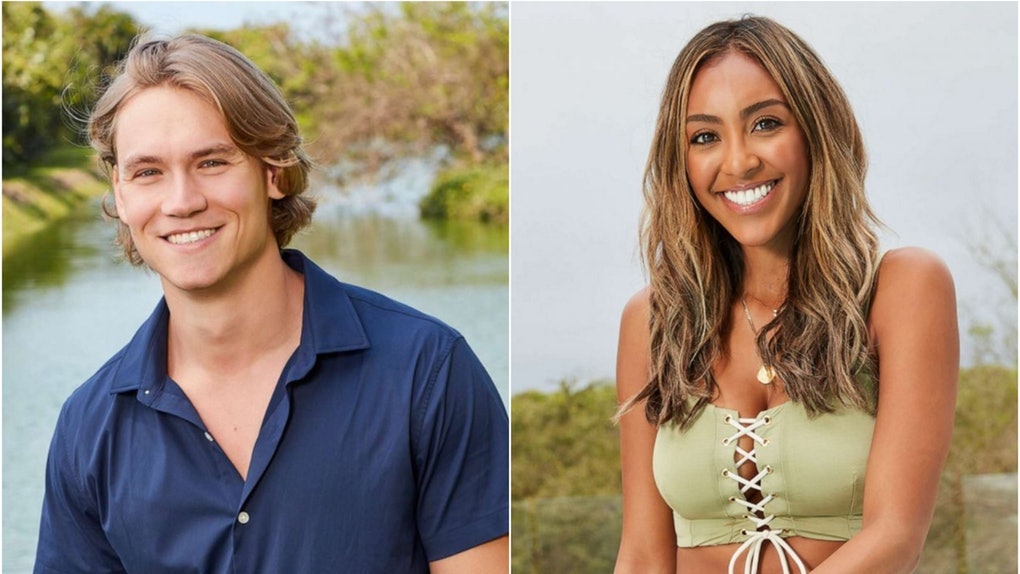 Do Tayshia & John Paul Jones Get Engaged On 'Bachelor In Paradise'? It Could Happen

Believe it or not, the time for marriage proposals on Bachelor in Paradise is fast approaching. While there are a handful of solid couples on the Mexican beach, other contestants on the spinoff series aren't too confident about what their love lives have in store. After watching one particular relationship experience several ups and downs, fans have a big question ahead of the season finale: Do Tayshia and John Paul Jones get engaged on Bachelor in Paradise?There's a possibility, but let's break down the engagement clues ABC has revealed.

Once a Paradise couple has settled down, they typically fade into the drama-free background while non-exclusive pairings take up most of the screen time. Although Season 6 contestants Tayshia Adams and John Paul Jones initially seemed like they were each other's endgame, Tayshia apparently changed her mind, encouraging JPJ to explore other connections. John Paul Jones followed her advice, eventually connecting with Haley Ferguson, but he panicked when Tayshia grew closer to Derek Peth.

JPJ's jealousy spiraled at the wedding of Paradise alums Chris Randone and Krystal Nielson when he accused Derek of wanting to generate content for his Bachelor-related podcast and bragging about romantically pursuing his fans. Derek stayed cool during this fight and a later confrontation, asking for a civil discussion that John Paul Jones seemed to want to avoid. Tayshia told Derek she couldn't see their relationship happening, which inspired him to leave the show. But what does that mean for her and JPJ?

While Tayshia and John Paul Jones' relationship isn't totally solid with Derek gone, the preview for Paradise's finale week teases at least three successful marriage proposals, meaning an engagement could still be in the cards for them.

As it teases engagement, the promo shows JPJ seemingly telling Tayshia he's in love with her. The clips also highlight couples Dylan Barbour and Hannah Godwin, Katie Morton and Chris Bukowski, Nicole Lopez-Alvar and Clay Harbor, and Demi Burnett and Kristian Haggerty. Compared to John Paul Jones and Tayshia, these other pairs have been more stable together, but the teaser hints at trouble brewing for some of them. Will JPJ and Tayshia grow stronger as others falter?

The preview also offers a glimpse at some of the newly engaged women's rings, and one of the bejeweled hands featured in the promo looks like it could belong to Tayshia. Perhaps JPJ proposes by painting a vision of a life with chicken nugget feasts and children with weak stomachs.

But on the other hand, the preview also shows Tayshia crying with one of the women, and in another fleeting scene, she runs toward John Paul Jones and says she's sorry. Judging by these hints, Tayshia and JPJ still have a bumpy road ahead of them, but a proposal doesn't sound too far-fetched for this unexpected couple. Stranger things have happened within the Bachelor franchise, but seeing John Paul Jones down on one knee would definitely be one of the odder sights in Paradise history.