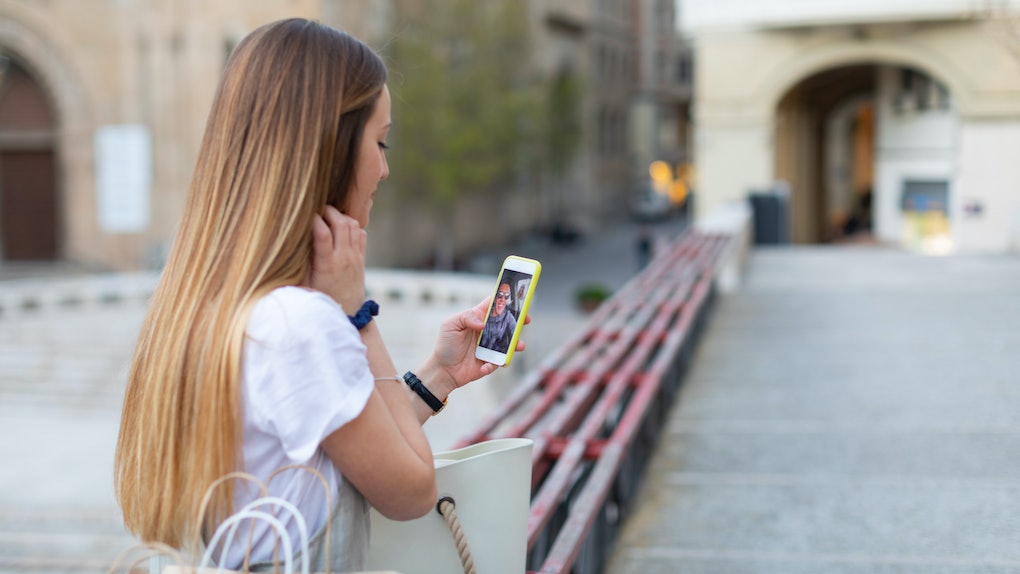 Do People Care About Who Texts First? The Answer May Surprise You

You're interested in someone, and you want to send them a text. One problem: You're getting mixed messages from your friends. Some say to wait for the other person to text, and others tell you to make the first move. You want to do whatever is best for the relationship, so you may be wondering: Do people care who texts first? It's a question I've asked myself many times. The only thing I know for sure is that it's better to not send the first 80 texts (we learn by doing, you know?). To answer your burning questions about textiquette, I spoke with experts to find out if it really matters who sends the first text.

A first text can have a special meaning. "Sending the first text is along the lines of a watered down version of calling a guy first, but people just don't call anymore. It's slightly less because it doesn't take much effort to text, so it isn't quite as meaningful as being the first one to call, which is the very thing that makes it okay," Matchmaker and CEO of Exclusive Matchmaking Susan Trombetti tells Elite Daily. A first text is basically just putting your feelers out — you're not asking them out yet, but you are showing that you remember them.

Texting someone first can show interest, which is often a good thing. "I do think it's a matter sometimes of who is more interested, or who is more willing to show their interest first, so there is a bit of an upper hand by not sending that first text, but just a small advantage," Trombetti says. If you want to demonstrate interest and the other person doesn't know you well, sending the first text is a bold move to get them to pay attention. "A text that is consistent with your feelings, your intentions, the situation you are in with them and the kind of person they are absolutely can be sent first," Dr. Joshua Klapow, Clinical Psychologist and Host of The Kurre and Klapow Show, tells Elite Daily. Showing interest first can alter the power dynamic, but it can often work in your favor.

Sending the first text can also demonstrate that you're a confident and assertive person. "It can make you look confident but mostly it's benign," Trombetti says. A person who sends the first text often knows what they want and is organized enough to assert themselves. Still, it's a simple gesture, and it probably won't make a huge splash. "A text that is consistent with your feelings, your intentions, the situation you are in with them, and the kind of person they are absolutely can be sent first. It shows you are being thoughtful, you know what you want, and you simply are connecting," Dr. Klapow tells us. Sending the first text can make you look confident, but someone is more likely to evaluate your compatibility based on what you say after, so don't be afraid of that initial message.

You don't need to worry about turning someone off by sending the first text, as long as you've thought through what to say. "If you text a book, or there are a ton of emojis or grammar errors, that's a turn-off," Trombetti warns. Dr. Klapow echoes her sentiment. "If your intention is to acknowledge them but you come across with too long or personal of a text, ultimatums in the text, or you force them to make a choice about you, you may turn them off," he says. So be confident in your first text, but also think about what type of text you'd like to receive from someone you didn't know very well. A reasonable person won't be turned off by a first text as long as it's considerate and thoughtful.

In general, you don't need to overthink sending the first text. "One little text doesn't require too much effort, so you can't read too much into it," Trombetti says. I receive tons of texts and notifications (I'm very popular, and also I signed up for too many mailing lists), so receiving one more rarely bothers me, even if it's from someone I'm not interested in romantically. It's normal to worry about sending a text to someone you're crushing on, but the initial text exchange isn't as important as later conversations. "First or second is far less important than content, intention, tone, situation. It’s what that text says, how you say it," Dr. Klapow says. So, take a deep breath and remember that your personality will shine through as you get to know the other person, and you don't need to build up the first text.

Sending a first text can be scary, but it's the best way to get the ball rolling with someone new. Trust me — for years, I thought liking a Facebook profile picture from 2012 was the same as "showing interest," but it's not. A text will get the other person's attention, but it's also a simple and common means of communication, so you don't need to overthink it.