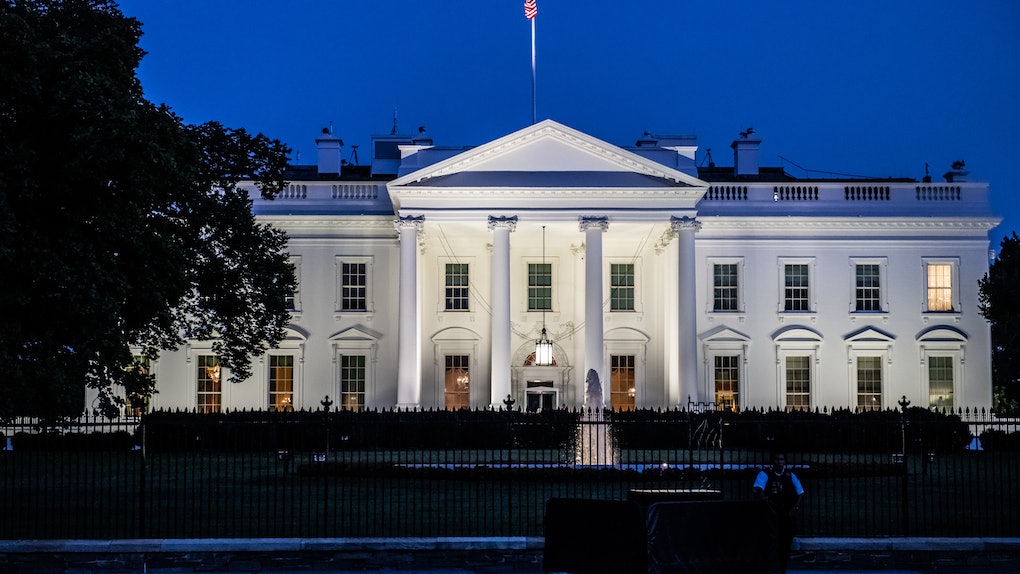 Do Impeached Presidents Get A Pension? Under This Condition

Over recent weeks, people have been talking non-stop about the ongoing impeachment inquiry into President Donald Trump. As the House Intelligence and Judiciary Committees continue to investigate the president and hold public impeachment hearings as a part of the process, the future of the Trump presidency hangs in the balance. So, you might be wondering: do impeached presidents get a pension? The decision is in the Senate's hands.

According to the Former Presidents Act of 1958, presidents who have left office are entitled to a monthly pension provided by the Secretary of Treasury as well as Secret Service protection detail to them and their family. As of 2017, the annual presidential pension was set at $207,000 (the presidential salary runs a cool $400,000). However, there's a catch. The Act clearly states that this only pertains to presidents who have not been removed from office, and explicitly defines "former president" as:

[a person] whose service in such office shall have terminated other than by removal pursuant to section 4 of article II of the Constitution of the United States of America.

In short, presidents who have been impeached and removed would not qualify for these benefits. But, if an impeached president manages to stay in office, he also keeps his pension.

In the impeachment process, the House of Representatives are the first part of Congress to vote on impeachment, and technically have the responsibility to impeach the president. If representatives vote in favor of impeaching the president, it moves to the Senate. There must be a two-thirds majority from the Senate, who according to Article I of the Constitution has the sole power to "try all impeachment." Technically speaking, a president who has been impeached but not removed from office keeps their pension. That's happened twice before — President Andrew Johnson and President Bill Clinton were both impeached, but not removed from office. President Richard Nixon, who resigned before he could be impeached, also remained eligible.

Even if the House votes in favor of impeaching President Trump, the chances of Trump being removed from office by the Senate is unlikely. On Oct. 24, Republican Sen. Lindsey Graham of South Carolina introduced a resolution to condemn the ongoing impeachment inquiry against President Trump. The resolution has gained 50 co-sponsors, including Senate Majority Leader Sen. Mitch McConnell of Kentucky. "The purpose of the resolution is to let the House know that the process you're engaging in regarding the attempted impeachment of President Trump is out of bounds," Graham said about the resolution during a press conference on Oct. 24. "[It] is a substantial deviation from what the House has done in the past regarding impeachment of other presidents."

Of all President Trump's concerns right now, a pension is probably pretty far down the list. Trump came into office with an estimated worth of $3.7 billion (yes, billion with a B), and has since promised to donate his presidential salary to charity. That $200,000 per year probably isn't going to make or break him.