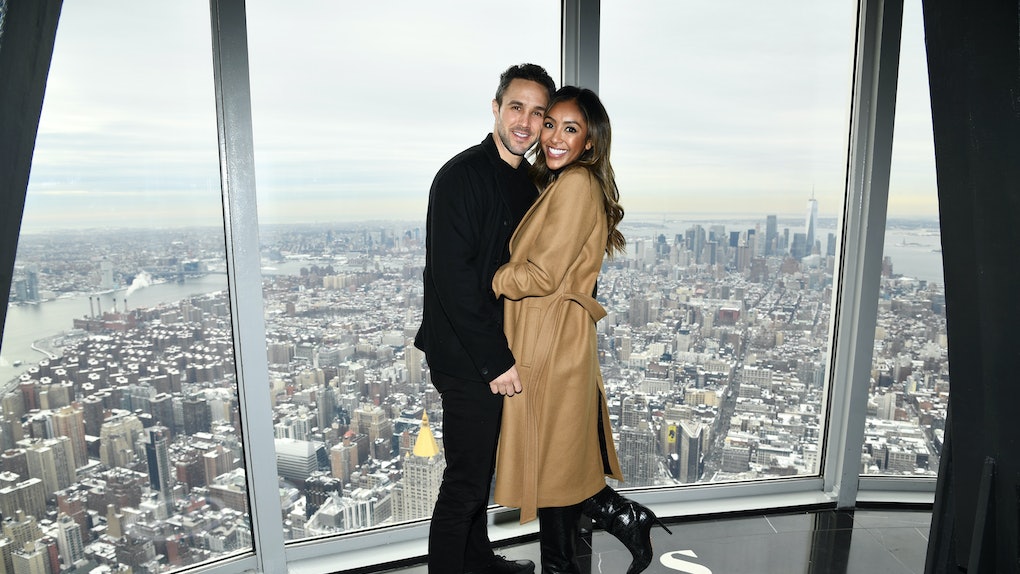 Did Zac Clark's Mom Unfollow Tayshia Adams? It's Not That Deep

Don’t worry, Bachelor Nation. Everyone's favorite couple is still going strong despite a small social media mishap. Fans were concerned after noticing that Zac Clark’s mom unfollowed Tayshia Adams on Instagram, but according to Clark, it was a complete accident. “My mom is 70 years old, loves a glass of Chardonnay. I call her and I’m like, ‘Mom, what’s going on, why did you unfollow Tayshia?’” he said on an April 30 episode of the podcast Chicks in the Office. “And she’s like, ‘I didn’t unfollow her.’"

Clark went on to explain that his mother, Beatrice Clark, was simply trying to see fewer ads for Adams’ podcast. “Tayshia has this podcast, Click Bait. She said, ‘I just kept getting all these things for Click Bait, and I didn’t know what to do,'” he recalled. “She probably did it accidentally, but you know, these people are out there, sourcing this sh*t all day long.”

On March 15, shortly before Clark’s mom unfollowed Adams, fans also speculated the couple had split when they noticed Adams wasn’t wearing her engagement ring. Some people wondered whether Clark wasn’t happy she agreed to co-host Katie Thurston’s upcoming season of The Bachelorette, but both Clark and Adams cleared up the rumors immediately.

“There are all of these weird rumors circulating around that I’m not wearing my ring and Zac and I are broken up. Everything is good,” Adams said in a March 15 Instagram Story, before explaining she had simply taken her ring to get cleaned and resized. She also gently asked fans to stop sending incessant DMs about her relationship status. “I love that there’s so much love and support around our relationship but please don’t put unnecessary rumors/pressure on us,” she captioned the Story.

Clark, meanwhile, debunked the negative gossip with a sweet, supportive Instagram Story about Adams’ new job. “Fearless. Limitless. Deserving. Proud of you Queen,” he wrote on March 15. A few days later, he shared a photo of Adams with a (very large) glass of champagne, captioned “QUEEN SH*T!!!! CHEERS TO THE ONE AND ONLY QUEEN OF LA QUINTA!!!!”

“It's always great to be loved, but at the end of the day we are in a relationship with each other, so all that noise and all that drama doesn't really matter,” Clark told Chicks in the Office. “Obviously, it can affect people, especially if it's negative, but I've gotten really good at the swipe and the delete.” Understandable. Maybe he can share some of those Instagram skills with his mom, too.