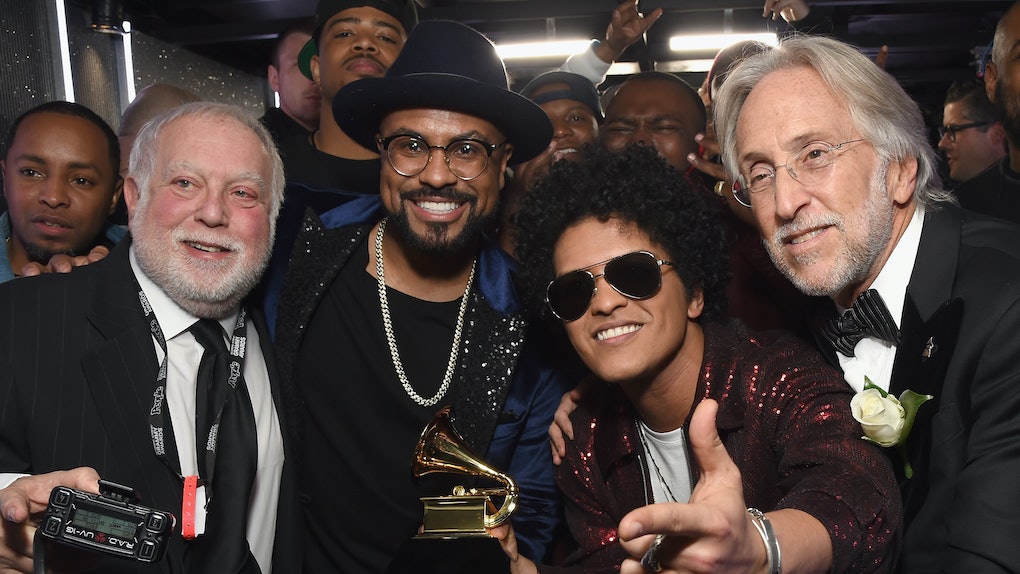 Grammys, you've got some explaining to do. On Jan. 28, a tweet started circulating on Twitter that seemingly showed a leak of part of the list of this year's Grammy winners. The tweet has since been deleted, but did the 2019 Grammy winners list leak? Like, for real, for real? The Recording Academy has now responded to the list saying there's no merit to it.

The tweet reportedly featured a video of the list on the actual Grammys website, prompting people online to get a bit freaked over the fact that the list was leaked seemingly straight from the source. The person who posted the tweet also claimed that they had seen more of the list than shown in the tweet, according to Billboard.

The Recording Academy has issued a response to the reported leak/tweet, saying there's no merit to it.

People on Twitter aren't sure how much weight they should give this list, but it has definitely done its job of equally exciting and angering people.

Outside of the content of the list, people really can't believe that this supposed leak even happened in the first place.

This drama will no doubt make the Grammys all the more interesting to watch on Feb. 10, given that people will probably pay even closer attention to the winners to see if they match up with anything that was listed in this fake leak. The list of winners for any award show really are kept under a tight lock and key, however, so I'm taking the Grammys word for it that this leak was one big prank.

The 2019 Grammy Awards will be broadcast live on Sunday, Feb. 10, on CBS starting at 8 p.m. EST. The Recording Academy and CBS recently announced that Alicia Keys will be hosting the Grammys. In a video promo for the Grammys, Keys talked about how excited she is to be hosting this year's show.

"I know what it feels like to be on that stage, and I’m going to bring that vibe and energy," she said. "I'm so excited to be the master of ceremonies on the biggest night in music and celebrate the creativity, power, and magic. I'm especially excited for all the incredible women nominated this year! It's going 'UP' on February 10!"

Only 12 days to go until the big night!