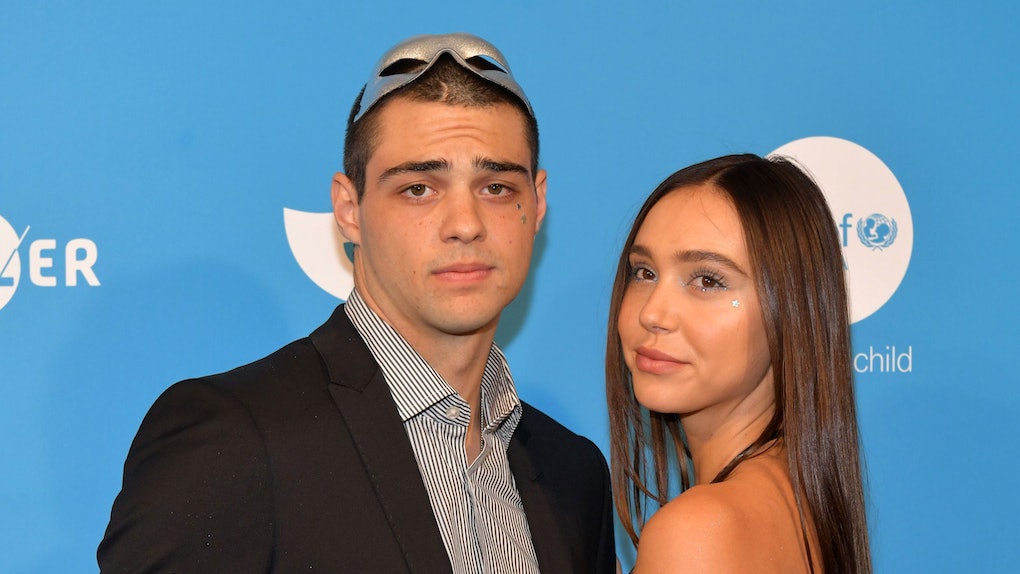 Did Noah Centineo & Alexis Ren Break Up? Here's Why Fans Think They're Over

Noah Centineo has stolen millions of hearts around the world starring in the To All The Boys franchise, as well as a handful of other romantic comedies, like Sierra Burgess Is a Loser, The Perfect Date, and Swiped. While many fans wish they could be his girlfriend, that title actually belongs to Alexis Ren. Well, maybe. Fans are now convinced Noah Centineo and Alexis Ren broke up. Neither of the stars have confirmed it, but fans think one detail about their social media pages hints at trouble in paradise.

After the pair became romantically linked in September 2019, they further fueled relationship rumors when they arrived at the UNNICEF Masquerade Ball in Los Angeles together in October. Centineo then teased Ren was his girlfriend at the Charlie's Angels premiere that November when he called her "the angel in my life."

"She's in Tahiti right now," Centineo explained after being questioned about her absence on the red carpet. "She's raising money and awareness for coral."

Just days later, Ren opened up about her relationship with Centineo at the #REVOLVEawards, revealing they said "I love you" to each other already. "I love that man with all my heart, so I'm just really grateful to be his partner," the Dancing With the Stars alum said. "He's so passionate about everything that he does. He puts 100 percent of himself into everything, and his heart is gold."

Hear Ren's comments near the 1:00 mark in the video below.

Centineo confirmed he and Ren had been together since early 2019 while speaking to Harper's Bazaar in a February interview. "Yeah, it’s been a minute," he said. "It’s the longest relationship I’ve ever been in."

"She’s very good at monogamy. Actually, I love monogamy, too," he added.

In the weeks following his interview, the couple was reportedly spotted showing off major PDA in NYC. Fans believed this meant the couple was going strong... until they noticed something about each of their Instagram pages: They're no longer following each other.

"If Noah and Alexis are still dating why did they unfollow eachother [sic] on insta," one fan tweeted.

If you check out their "following" lists, their names don't appear on each other's pages anymore. However, that doesn't necessarily mean they've split.

Whatever the case, fans will be glued to the couple's respective IGs to see if they post another selfie together soon.

More like this
Annie Murphy's Quote About Alexis & Ted's Future After 'Schitt's Creek' Is So Sweet
By Abby Monteil
Ally Brooke's Quotes About "Toxicity" In Fifth Harmony Will Break Your Heart
By Michele Mendez
Here's How Meghan, Harry, & Archie Reportedly Spent Mother's Day 2021
By Brandy Robidoux
Stay up to date