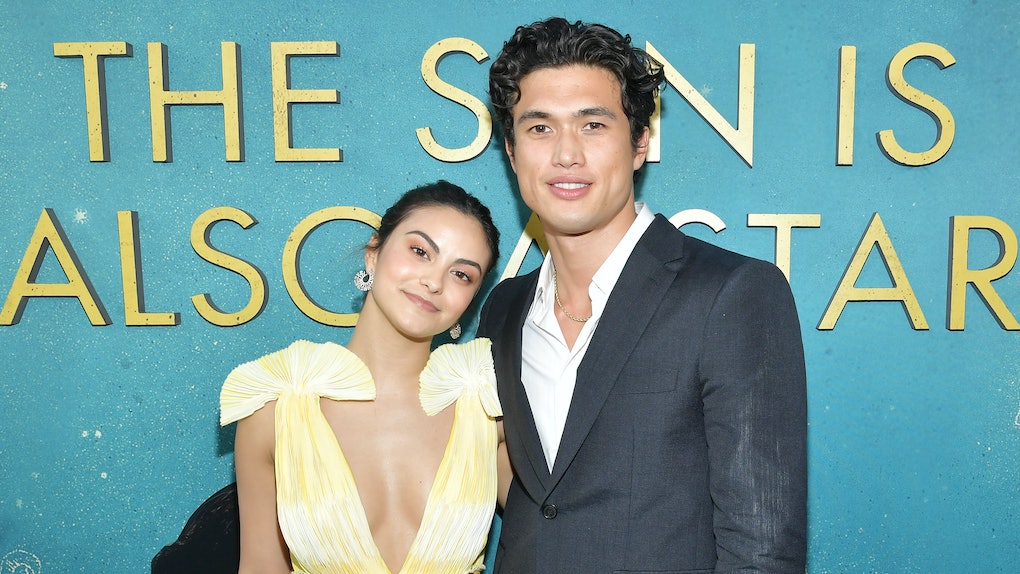 Did Camila Mendes & Charles Melton Break Up? This Reported Update Is Sad

I've got some bad news for you, Riverdale fans. While it seems like Lili Reinhart and Cole Sprouse are together and totally fine after all those summer breakup rumors, another Riverdale couple has supposedly called it quits. After celebrating their one-year anniversary on Aug. 23, an insider reportedly told E! News that Camila Mendes and Charles Melton broke up — and apparently, they did so months ago. "Cami and Charles have been separated for a few months now," the source explained. "They are taking a break from their relationship. Their relationship escalated very quickly and they are taking time now to focus on their work and themselves." (Elite Daily reached out to reps for Mendes and Melton for comment on the rumored split.)

Of course, "taking a break" doesn't necessarily mean Veggie is no more. The two actors are still filming season four of Riverdale while Melton is also filming an upcoming movie, Swing, in Louisiana, and according to the source, their busy schedules led to the split. "Nothing in particular happened," the source said. "They just both felt busy and overwhelmed and it was a lot of pressure on them," later adding that the "stress" led to lots of "ups and downs" in their relationship. Luckily, it seems as though everything is amicable with CM² on set.

The same insider told E! News that the former couple isn't interested in causing any drama (because, if you've ever watched Riverdale, then you'll know there's already more than enough drama). "They are still in touch and both understand they need to be cordial while on set and throughout press for the show," the source said. "They have been filming together while being split and things have been normal." An on-set picture Melton shared on Instagram of him and Mendes goofing around with their castmates Madelaine Petsch and Vanessa Morgan seemed to confirm as much.

But other than Melton's Oct. 29 Instagram, the actors haven't shared any pics of each other on social media since Aug. 23, their one-year anniversary. On the sentimental occasion, Mendes shared an adorable pic of her and Melton smooching on a boat with a sunset in the background, which she captioned, "365 days. i love you." That same day, Melton posted a pic of him and Mendes hugging on a boat, because apparently, these two have a thing for boats. He kept his caption simple: "I love you."

However, neither Mendes nor Melton has acknowledged the breakup rumors, and if fans have learned anything from the Lili Reinhart and Cole Sprouse saga, it's that jumping to conclusions is risky. TBH, I'm a little skeptical about their supposed split, since Charmila seemingly took a trip to Vancouver together in early October. Though they didn't post any pics with each other, they each made separate posts documenting the trip — Mendes posted a video of a helicopter ride over the mountains, and Melton posted a pic of him cooking ramen — and going on vacation doesn't seem like something you do with an ex.

During an interview with Teen Vogue back in May, Mendes explained that she's "not a private person," and — if she and Melton were to break up, she wouldn't try to hide it. "That's a part of life," she said. "I wouldn't be embarrassed about it. It happens." If the breakup is for real, it seems like only a matter of time before Mendes opens up about the news herself.