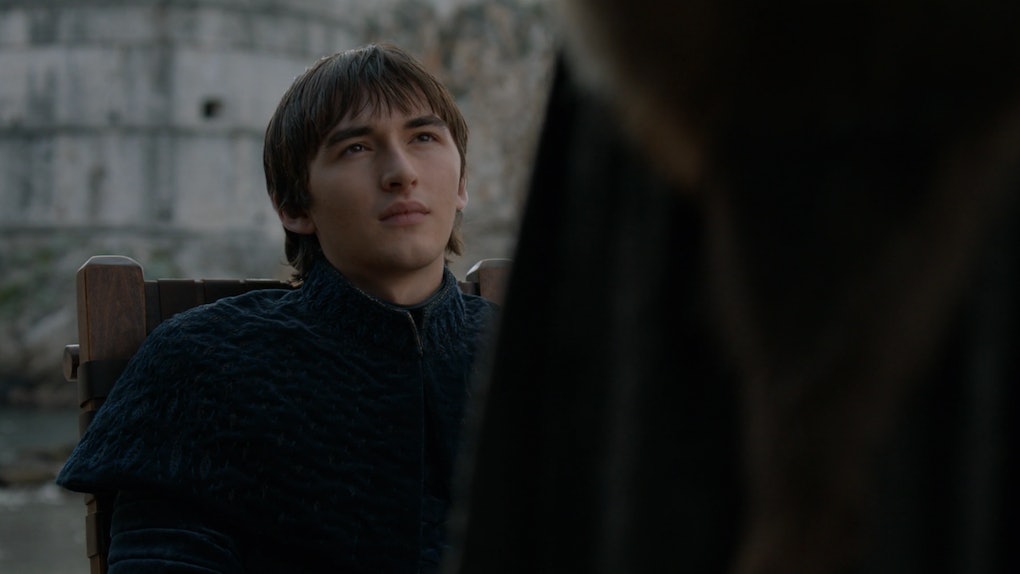 Did Bran Know He Would Become King? 'Game Of Thrones' Fans Still Have A Ton Of Questions

The Game of Thrones series finale finally answered all of the biggest questions fans have had a series long, including who wound up on the Iron Throne. But it also left us with some questions. Spoiler alert: This post contains spoilers for the series finale of Game of Thrones. One of the biggest lingering questions is whether or not Bran knew he would become king prior to taking up the crown in the finale.

Bran Stark became the unexpected star of the Game of Thrones series finale when he was selected to become to ruler of Westeros, and although that moment shocked many fans, there is reason to believe that it did not come as a surprise to Bran himself. At the beginning of the final episode, Daenerys had taken the Iron Throne by burning all of King's Landing to a crisp, but had to face the music for her destructive act when Tyrion Lannister convinced Jon Snow that it was his duty to stop Dany before she caused any more death. In one final kiss between the two, Jon secretly stabbed Daenerys in the chest, and the enraged Drogon burned down the Iron Throne after finding out that his mother had been killed.

The throne-burning scene was, of course, heavily symbolic of how Westeros would have to move on from its old way of ruling to a new type of government. This led to a meeting between all the leaders of the Seven Kingdoms, in which it initially appears as though Westeros might become a democracy at Samwell Tarly's suggestion... until Sam's idea is laughed off by everyone in attendance. Instead, Tyrion makes a stirring speech inspiring all of the leaders to nominate Bran Stark to take the Iron Throne, arguing the importance of stories and the benefit of having a king who could not produce children.

Despite Bran protesting that he does not want to be king, he accepts the nomination from all of the leaders present and winds up becoming the new ruler of Westeros. But a few lines that Bran delivers in the episode seem to imply that he knew he was going to become the most powerful person in Westeros all along. When Tyrion asks Bran to accept the role, he responds, "Why do you think I came all this way?" It definitely sounds like Bran knew he would be king before reaching King's Landing. Later in the episode, when Bran says goodbye to Jon Snow, he tells Jon that he was exactly where he needed to be during the battle of King's Landing, which suggests that Bran also knew Jon would kill Daenerys before it happened.

Although it was never clear before this season, the final season has dropped several hints that Bran is able to use his Three-Eyed Raven powers to see into the future. The moments from the finale suggesting Bran knew about his ascent to the Iron Throne all along should inspire some superfans to rewatch the episodes since Bran became the Three-Eyed Raven, to try to see if there is an exact moment where it seems clear that Bran knows what is to come at the series' end.

More like this
10 Questions The ‘Schitt’s Creek’ Finale Left Unanswered
By Rachel Varina
This 2021 'Game Of Thrones' Season 8 Trailer Is So Confusing... & So Good
By Ani Bundel
'Never Have I Ever' Season 2: Release Date, Cast, Trailer, Photos, & More
By Ani Bundel
Stay up to date