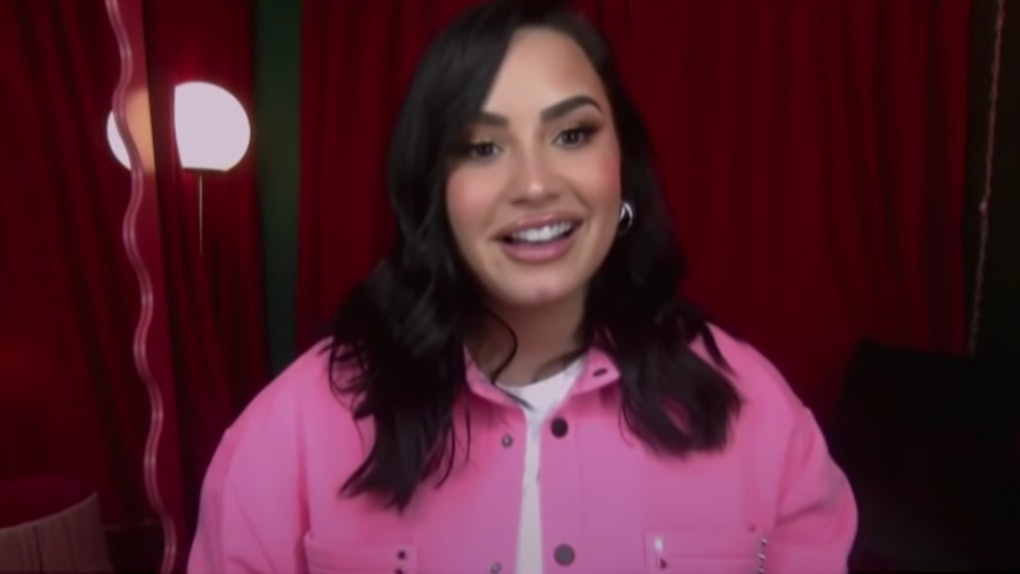 Life under quarantine has been a challenging time for many, but it's also been a time to focus on self-growth. It's a rarity to be encouraged to slow down and reassess, and even celebrities who seemingly have it all together are doing the same. Demi Lovato has been completely candid about her ups and downs throughout 2020, and after the end of her relationship with Max Ehrich, she's turning a new page. Demi Lovato's quotes about focusing on herself prove she's moving on.

Lovato made a Nov. 11 appearance on Late Night With Seth Meyers where she gave fans an update on how she's been handling having so much downtime.

"At the beginning of quarantine I got really into meditation, actually. I started meditating more," she shared. "It was something I had kind of done in the past but not really made a lifestyle out of it. Now I've started meditating. I kind of came up with this new philosophy that I'm never bored. I never have to worry about being bored because I can always meditate no matter where I am or what I'm doing."

Lovato added that she's using the time to focus on self-growth, as well, strengthening relationships with the most important people in her life.

"Also just building better relationships with my friends and family and even my dogs, getting to walk them is something I didn't get to do when I was working so much," she said. "This quarantine has been a nice little experience for me to get to know myself better."

You can hear Lovato's quarantine update at the 0:25 mark.

Lovato had an especially tumultuous year after a whirlwind engagement to Max Ehrich and a subsequent sudden (not to mention messy) breakup. While she's been noticeably silent about the split, she did seemingly address it in her Sept. 30 song "Still Have Me."

The self-released song was all about learning to be OK on her own. "I'm a mess and I'm still broken. But I'm finding my way back/And it feels like someone's stolen/All the light I ever had," she sings in one verse.

Music is always there for Demi, but, most importantly, she's there for herself.