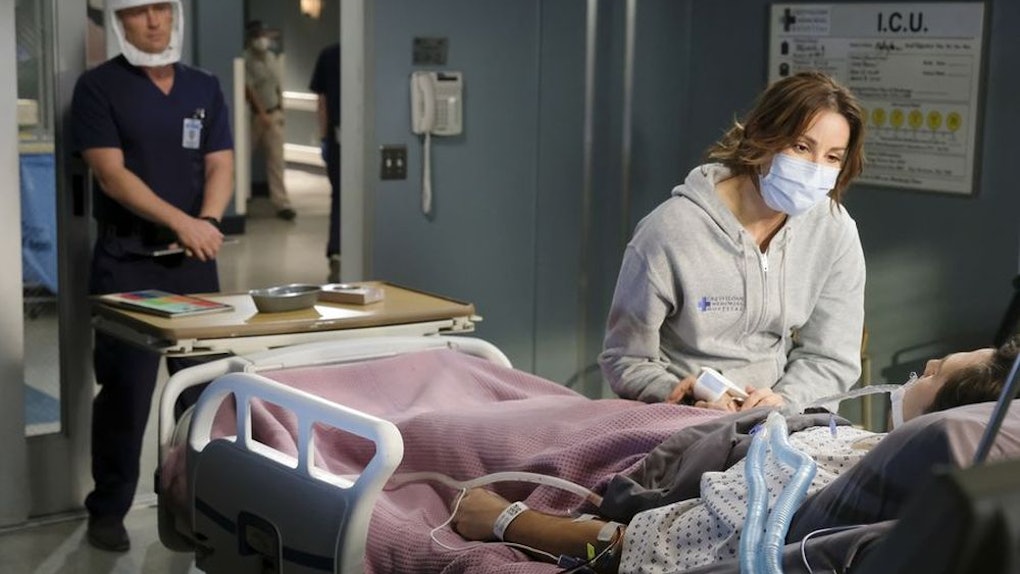 DeLuca Will Be In 'Grey's Anatomy' Season 17 After His Death, The Showrunner Said

Grey's Anatomy is never one to shy away from shocking moments, but recent episodes have been especially heartbreaking. Even with a pandemic-fueled arc in Season 17, fans weren't prepared to lose yet another lead character so soon after Alex Karev (Justin Chambers) departed the show in Season 16. Warning: Spoilers for Grey's Anatomy Season 17, Episode 7 follow. But there's good news for those who aren't ready to say goodbye to Giacomo Gianniotti's Andrew DeLuca just yet: According to showrunner Krista Vernoff, DeLuca will be in Grey's Anatomy Season 17 after his death in the mid-season premiere.

There was a time when Grey Anatomy killed off characters as easily as Game of Thrones. From Teddy's husband, Henry Burton, to Derek's shocking death after his marriage to Meredith, there have been many love interests who haven't made it to see the current season. But in more recent times, the show has gone easier on taking down leading characters, letting them go off into the wild blue yonder rather than to the grave...

... that is, until the mid-season premiere of Season 17, when the series decided to off Meredith's latest love interest, Dr. Andrew DeLuca, with a stab wound. It was extra tough because Meredith isn't the only one directly connected to him. DeLuca's sister Carina is another longtime character fans know well. (She's technically on Station 19 now instead of Grey's Anatomy, but the continuing crossover episodes made it possible for her to have an extended guest spot on the latter.)

But even though DeLuca may be gone from this life, Gianniotti's time on the show isn't quite over yet. Speaking to The Hollywood Reporter, Vernoff said it was a hard decision to kill off DeLuca, but it felt necessary to show that other tragedies don't stop just because there's a pandemic.

"It was like, "What?! Isn't COVID enough? But everything else didn't stop because of COVID, and we were all having to process other things, too, and horrible tragedies that come with life," Vernoff said. "That's part of where this story was born. All these people are going to die of COVID but also sometimes other people just die."

Although DeLuca's final moment on Meredith's mental beach, when he was seen walking away with his mother, was a clear sign he passed on to the afterlife, fans should still expect him to turn up again. “There was some discussion of bringing him back to the beach, but we all felt like his exit with his mom was so profound and so powerful,” Vernoff said in an interview with Deadline. “I cried harder watching that than I’ve cried watching anything on our show in years, and so we didn’t want to see him come back to the beach. You will see him again. He does appear in more episodes this season, but I don’t want to spoil what those are.”

Meanwhile, the fate of Grey's Anatomy overall remains in question. Fans will have to keep tuning in to see if Season 17 turns out to be its last.