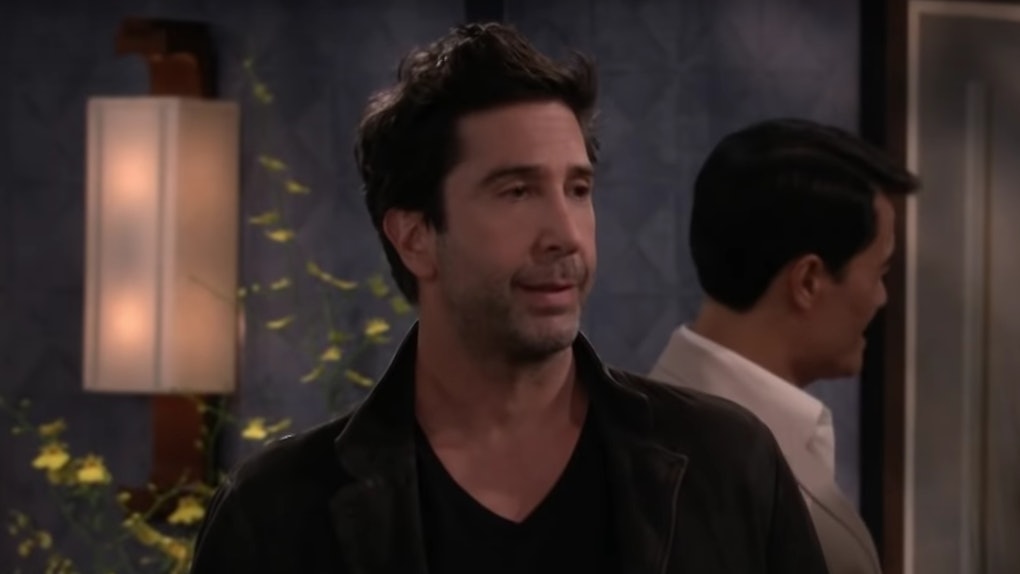 I don't think there's a Friends fan out there who wouldn't be over the moon about the prospect of a Friends reboot. Over a decade since it was last on the air, the series is still one of the most popular shows thanks to its highly binge-able place at the top of most Netflix queues. But, while so many fans have been waiting for some kind of reunion to be announced, there's been a low-key Friends reboot sitting right in front of everyone's noses for months now. I'm talking about David Schwimmer's role on Will & Grace.

While Friends has yet to get a reboot series, Will & Grace is the 1990s NBC sitcom that has been given a second run. During the original runs of both series, they aired back to back on Thursday nights as part of NBC's "Must-See TV" lineup of its most popular shows. So it makes perfect sense that it Schwimmer, who played Ross Geller on Friends, can't be on a Friends reboot, the next best thing is him getting a recurring role on Will & Grace.

Schwimmer's Will & Grace character is named Noah, who is a divorced father, just like Ross Geller. Noah is famous on Twitter under the alias "the West Side Curmudgeon." The character is always annoyed at every little thing, and he's built a following online by airing all his grievances. It sounds exactly like the kind of petty move Ross would pull, if Twitter had been around during Friends' heyday, of course. I mean, from the time Ross got irrationally upset over a stolen sandwich at work, to the time he fought Chandler for credit for a stupid joke, there are countless examples of Ross getting annoyed and angry over silly stuff. The West Side Curmudgeon is exactly who Ross Geller would become.

When Schwimmer began filming on the Will & Grace set, the similarities between the two characters weren't the only things that were familiar to him. Many of the crew members also worked on Friends. Schwimmer told TV Guide, "I know the cast, the writers, [director] Jimmy Burrows [who also helmed many Friends episodes], and the whole camera crew is actually from Friends!”

It must have been such an odd experience for Schwimmer to step back into filming another multi-cam sitcom with many of the same people he did during the the 1990s and early 2000s. But, while it was a big deal for Schwimmer, it may have been an even bigger deal for the in-studio audience who got to watch his return to sitcom glory live. Will & Grace creator Max Mutchnick told The Hollywood Reporter:

On the episode that aired, we actually are not playing the track of the reaction that took place the night of the show, because that actual reaction is too loud and too long. Next week we’ll shoot our fifth episode with him and the response every time he walks onto that set is so enormous that we have to stop and tell the audience, 'While we appreciate the love, we need to do a non-Fonzie entrance.'

It's perfectly understandable that the audience would have such a big reaction to Schwimmer. So many fans are still waiting for the day he steps back into Ross Geller's shoes. But until that day comes, his Will & Grace character is a pretty good substitute.