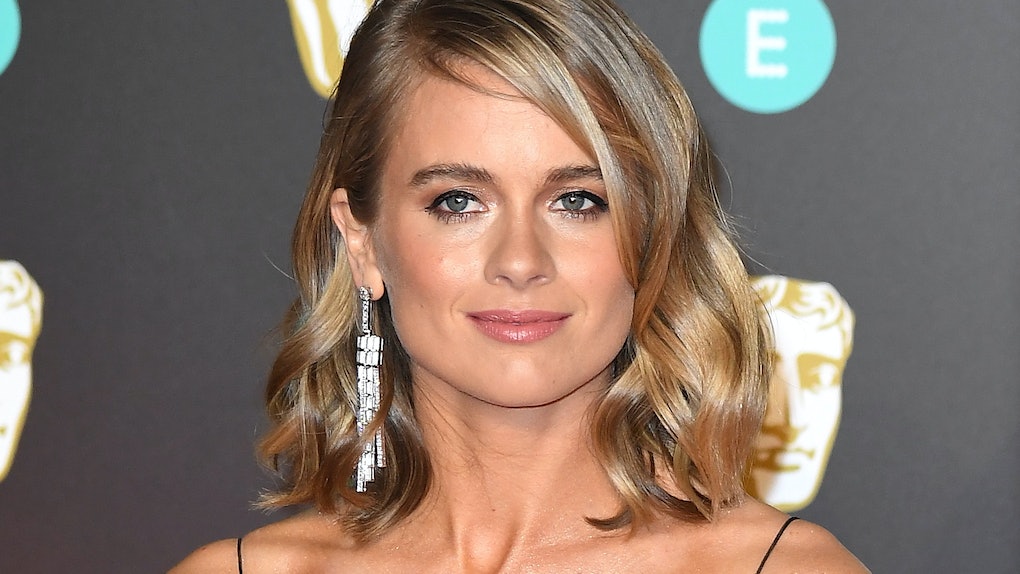 Cressida Bonas & Harry Wentworth-Stanley Got Engaged & The Ring Is Gorgeous

Typically, your ex getting engaged drums up a whirlwind of emotions: confusion, nostalgia, perhaps a pang of jealousy or discomfort, even if you're completely over them. You might also just feel genuinely pleased, because a person near and dear to you has found happiness — and it doesn't matter if it wasn't with you. While there's no official word from Sussex on how Prince Harry is feeling, one can only imagine how he's taking the news that his ex, Cressida Bonas, and Harry Wentworth-Stanley got engaged. However, knowing the prince's post-breakup friendship with Bonas, it's safe to say that he probably falls into the latter category.

The soon-to-be-married couple announced their engagement on Sunday via Wentworth-Stanley's Instagram. He posted a selfie of the two of them, awash in Nantucket, Massachussetts' golden hour, captioned, "We getting married" with a smiley face. It's not clear exactly when these two got together, but according to People, Bonas has been dating Wentworth-Stanley for two years.

Wentworth-Stanley is most known for running James' Place. It's a mental health advocacy organization founded in honor of his brother, who died by suicide in 2007. (Prince William actually came out to support James' Place during its grand opening.) Bonas, who studied dance at Leeds University, has been working post-grad as a model and an actress. Her mom — or is it mum? — is '60s socialite Lady Mary-Gaye Curzon. Her dad is Jeffrey Bonas, an entrepreneur and a historian.

It's interesting to note that Cressida and Prince Harry also dated for two years, from 2012 to 2014. They were introduced by Princess Eugenie of York, Harry's cousin. Apart from the occasional, paparazzi-snapped going-out pic or music festival photo, they kept their relationship on the DL. However, it was (allegedly) this desire for more privacy that brought Cressida's royal relationship to an end.

Back in 2014 when they broke up, royals expert Ingrid Seward told People, “Cressida had a hard time dealing with the focus of attention being on her all of the time just because she was Prince Harry’s girlfriend — not because she was herself." Likewise, one of her former dance classmates said, "[Cressida is] really low-key, sweet, and down-to-earth. She didn’t talk about Harry at all. She wasn’t like that.”

A source also told People that Cressida and the prince were still “very much the best of friends." Another said their split was "amicable." So, it isn't surprising that Cressida was invited to Harry and Meghan Markle's wedding in 2018. (In general, it seems like Harry is good about staying friendly with his exes. Another one of Harry's ex-girlfriends, Chelsy Davy, was invited to his and Meghan's wedding.)

So if anything, royals fans can probably count on Harry being warm, congratulatory, and an all-around gem of an ex — if not, a royally-dressed guest at the Bonas-Wentworth-Stanley wedding, who's genuinely glad to be there.