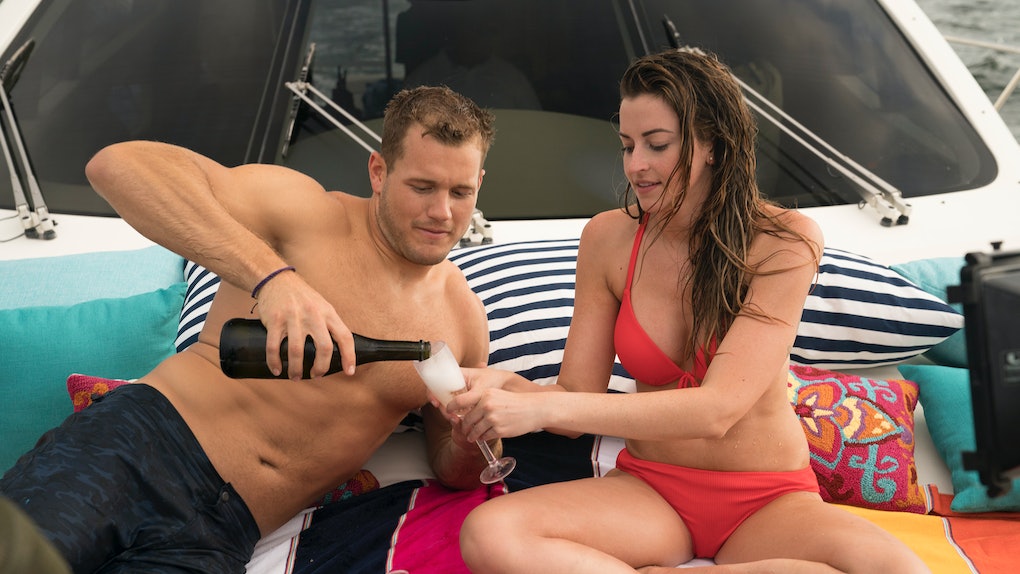 Back in the early days of the Bachelor franchise, social media didn't really exist. There was really only the opportunity to set your AOL profile to a quote that cryptically revealed your feelings or you could call up a media outlet to voice your thoughts. These days, Twitter exists and contestants have the opportunity to set a story straight in real time. The BIP Season 5 opener offered up plenty of drama, but a lot of it centered on the love triangle brewing between Colton, Chris, and Tia, and Colton Underwood's tweets about Bachelor in Paradise are here to make one thing clear.

Like many of his fellow Paradise contestants, Colton took to social media to live-tweet the events of the inaugural episode of their season. Bachelor Nation had their own opinions about what went down, chiming in on Tia and Colton's ongoing saga. Tia showed up in Mexico ready and willing to re-connect with Colton (the two of them had a short-lived fling prior to his stint on The Bachelorette), but Colton didn't arrive right away. She went on to take Chris Randone, another Bachelorette 14 cast-off, on a date and strike up a romance with him in the process. Colton later made his entrance and he and Tia subsequently rekindled their own flame after discussing their past. Of course, Twitter had a lot to say about it all, including supposed remarks about Colton being "too good" for Tia, or vice versa. Colton responded, clarifying one thing. The football player tweeted on Tuesday night:

Reading some comments, which I try not to do. Let’s make this clear: there is no such thing as someone being “too good” for another person. We all are human beings, we all are looking for love or to be loved. Stop with this nonsense...

That's not all Colton shared with his followers. He also shouted out castmates Chris Randone, Nick Spetsas, and Jordan Kimball. Chris, who showed interest in Tia before Colton stepped back into the picture, wasn't exactly pleased with Colton's indecisive behavior. Jordan and Nick expressed their own distrust in his intentions.

Colton additionally touched on the whole Tia debacle when she let out a "Colton who?" on her successful date with Chris.

And what do you know? Tia responded... and then went all kissy emoji on her:

Tia didn't hold back poking fun at her own Paradise behavior. The Arkansas native jokingly tweeting about how she treated the Chris/Colton situation during last night's broadcast.

And what's a triangle without a third point? Chris Randone had his own social media commentary about the dramatic evening's romantic twists and turns:

Bachelor in Paradise is basically two shows in one at this point — the ABC broadcast and the social media responses and clarifications from the cast to follow. I don't know if Bachelor Nation can keep up with everything, although I'm sure enthusiastic viewers will try their darndest to stay abreast of the drama on and off camera. Ah, the power of the internet.