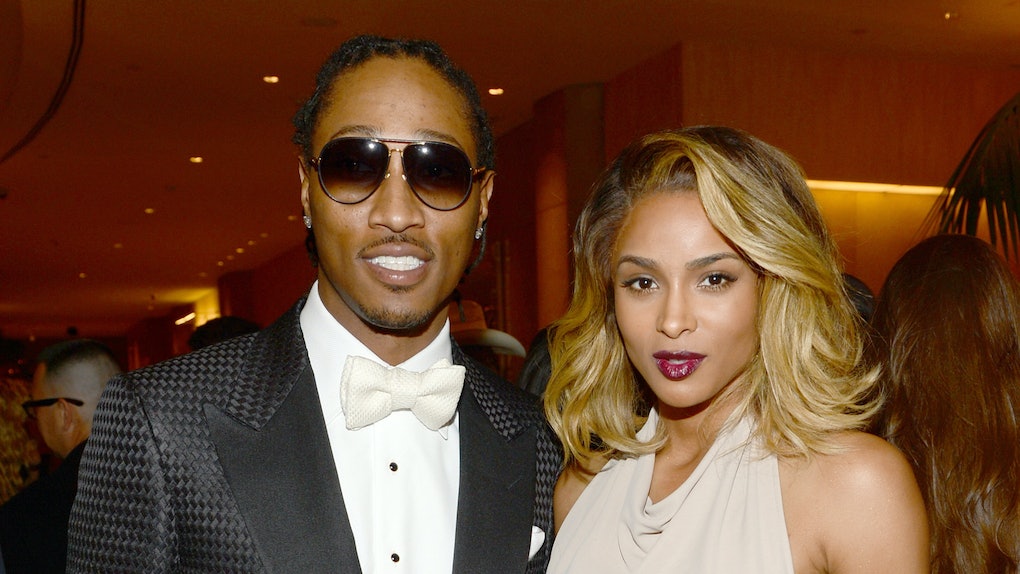 Ciara may have found her happy ending with Seattle Seahawks player Russell Wilson, but before that, she was engaged to rapper Future, who's the father of her eldest son, Future Zahir Wilburn. In 2014, Ciara and Future called it quits after almost two years together. On the June 3 episode of Jada Pinkett Smith's Red Table Talk, the singer got super real about her past relationship with the rapper. Ciara's quotes about ending her engagement to Future are emotional AF, to say the least.

When asked what the most painful part of her split with Future was, Ciara explained it was kind of a combination of everything — the idea of being a single mom, the breakup itself, and the pressures — "because none of it was ideal," Ciara began. "I grew up with my mom and dad being together. The idea of it being mommy and daddy that made baby. Then also, you're living your life in front of the world, so that adds a whole other layer. I feel like I’m failing right now, they gon' roast me. Here they come in the comment section. I'm about to get fried. All of that stuff, you know, is real. You can't help but think of it."

"The one thing I fear in life is really wasting my life," she continued. "I really fear that 'cause you realize that time does not stop, and it will be the worst scenario to stay in a situation that it's just not healthy. It's not going to get any better. I realized that I have to start making different decisions." Ciara said she started learning what it was she didn't want in a partner, and what she did want for her son, and it gave her the push she needed to end things with her fiancé.

"I was not sure about, do I stay or do I, you know, like which direction do I go, what is the right thing to do?" Ciara said. "It's easy to do this, but is the easy thing the right thing? So, what I did was, [my son] Future was like my teddy bear. So I was like, we gon' go. We 'bout to do this thing together. Let's go," she continued. "I was just like, I'm going to commit. I'm going to commit to pulling through. There's no other option because if I decided, if I chose not to commit, then I was going to fall apart."

Ciara said that her decision to end things with her ex-fiancé was a result of the way her father acted toward her mother when she was growing up. "I had to take a couple of times to figure it out, but my dad's love is what saved me in all my situations, because it would get to a point where I was like, my dad wouldn't do this to my mom," she explained. "This can’t be love. I’ve always had the same goal of wanting to be loved a certain way, but I was just walking in the wrong direction."

When asked what made her realize Wilson was the right direction, Ciara had such a sweet response. "It was different," she told Smith, about meeting her current husband. "I never had that feeling in my life. It was just like, it was calm … It's a different level of love." And that sounds absolutely beautiful, in the simplest of ways. Here's to Ciara and Wilson finding their happily ever after in each other.