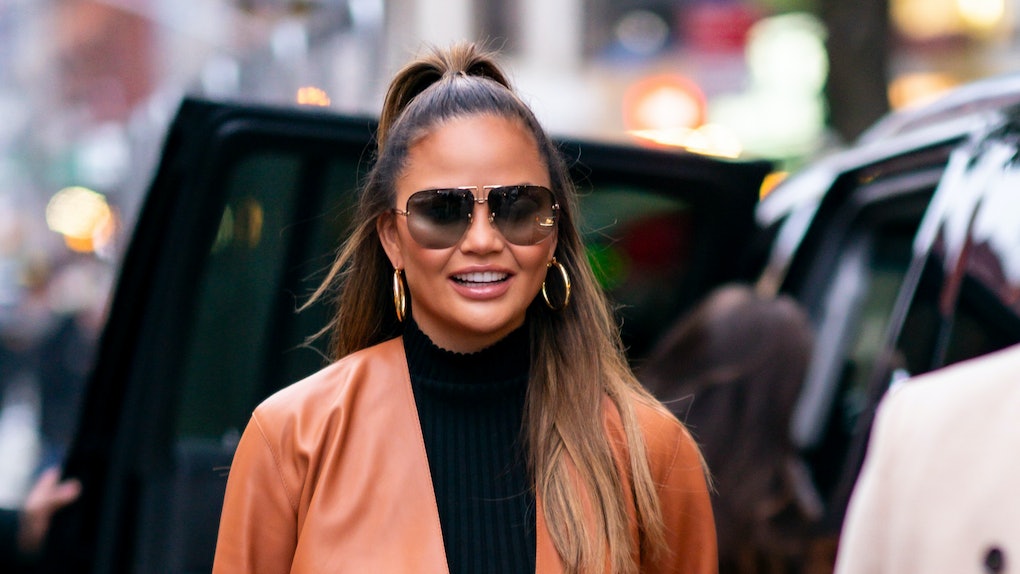 At one time or another, everybody has imagined how life would be if they were a celebrity. Sure, being an A-list celeb comes with a ton of perks, like fame, money, and millions of adoring fans, but Chrissy Teigen's tweets about the pros and cons of celebrity life show not everything is as awesome it seems from the outside looking in.

Usually, when celebrities open about their lives, it's through emotional interviews or tell-all documentaries, but Teigen opted for her usual platform: Twitter. It's true Teigen is known as a social media queen, and that's because she always keeps it real with fans.

On Dec. 8 and 9, Teigen allowed her fans to ask her anything they wanted about celebrity life. In her two-part Q&A session spanning 70+ tweets, Teigen spilled so many details, and what she had to say will blow your mind.

The spontaneous Q&A sesh started after a fan asked Teigen whether celebrities like her and Kim Kardashian have "junk drawers" filled with "random cords and pens" just like non-celebrities.

To start things off, Teigen said one massive perk is she and her family aren't judged as harshly as normal people, especially while traveling.

"No one gives my kids nasty looks on the plane. if anything, they're creepily nice and it is crazy unfair because they are just as annoying as other kids on a plane," she said.

If you ever wondered how celebrities react to seeing themselves on TV, Teigen had an answer for that, too. Instead of thinking it's weird or cool, Teigen just questions how the commercial turned out. "I say 'why did I wear that' or 'why did they cut it down so much,'" Teigen revealed.

Contrary to popular belief, award shows aren't as great as they seem, at least not for celebrities. Teigen admitted they're usually "unbelievably boring" because celebs "are pulled in 100 different directions" and are nowhere near the bar. "I dunny why anyone wants to do it," Teigen questioned.

The biggest shocker came when Teigen revealed there's an airport hack celebrities follow in order to avoid the public.

"There is a terminal a mile from the airport that you pay membership for. They do the same security privately and take you to the plane in a car," Teigen said in response to a fan wondering about how celebrities travel on planes.

Check out some of her other celeb secrets below:

Yet again, Teigen wins the internet for being such an open book. No wonder she's the queen of Twitter.

More like this
Chrissy Teigen's Quotes About Being Friends With Meghan Markle Involve Chickens
By Brandy Robidoux
Chrissy Teigen's Tweet About Celebs Like Ben Affleck Being Creepy On Dating Apps Is So Real
By Sydney N. Sweeney
These Tweets About Beyoncé On Netflix's 'Selena: The Series' Are Too Much
By Dylan Kickham
Stay up to date