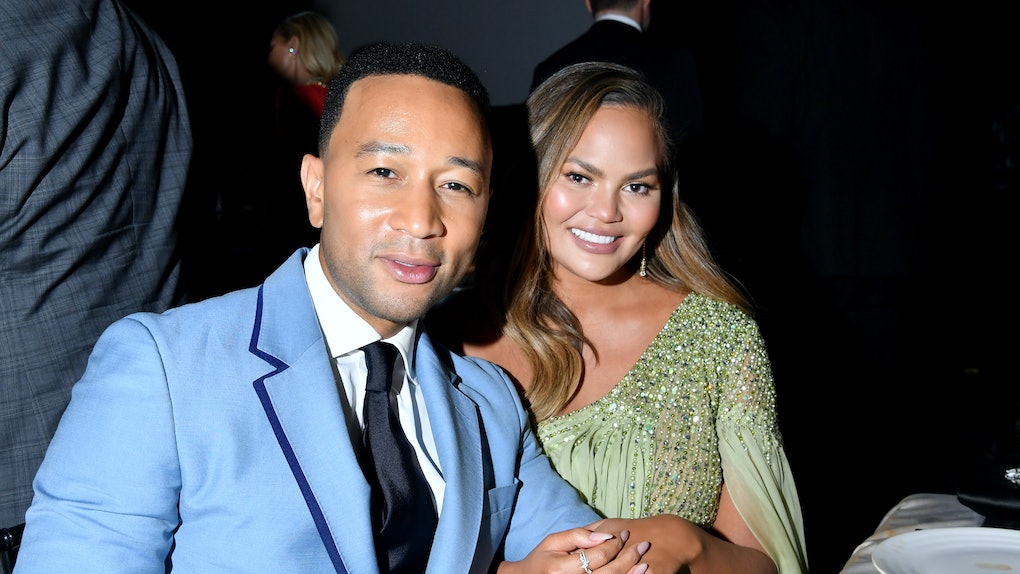 According to Chrissy Teigen, being married to People's Sexiest Man Alive isn't all it's cracked up to be. Even John Legend gets on her nerves sometimes. During a Twitter Q&A session on Dec. 8 in which she let her fans ask all of their most burning questions "about being a super huge A list celebrity," Chrissy Teigen shared her pet peeve about John Legend, and it's honestly pretty relatable.

When a fan asked her to share the one thing she "can't stand about" Legend, Teigen, as always, kept her response majorly real. "Scheduling," she wrote. "He will tell me something he knows I didn’t hear and get mad when I am confused later." She gave an example of this scenario, adding, "Hey I’ll take Luna to school today also I’m going to Washington DC next week."

OK, so having a partner who constantly takes last-minute trips across the country might not be the most relatable problem ever. But who hasn't been annoyed by a miscommunication or scheduling fart? In that light, Teigen's pet peeve is pretty understandable. (Though, as she revealed during her Q&A, she also has four nannies and multiple assistants, so someone could probably drop off their daughter at school while Legend is traveling.)

The Lip Sync Battle host also opened up about her fighting habits with her spouse when a fan asked how she deals with "bickering" with Legend in front of their staff. "I don’t hide anything," she responded. "I fight in cars, I fight at home, I fight at the airport. I don’t care. John just won’t fight back."

She also responded to a fan who asked for advice on moving on from an ex. "For me, it was to find the next someone," Teigen responded.

When another fan asked if Teigen would have ever met Legend if she wasn't a model in the industry, Teigen was pretty honest, as well. "No," she shared. "It was the perfect lineup of luck. I had previously known the director who would direct his video because he shot me for a billabong campaign years before. I just said yes to all the right things. Mostly everything."

The main takeaway here? Being a celebrity doesn't make you immune to all of the normal trials and tribulations that come along with having a love life, from getting annoyed with your partner to trying to find someone new to help you move on.