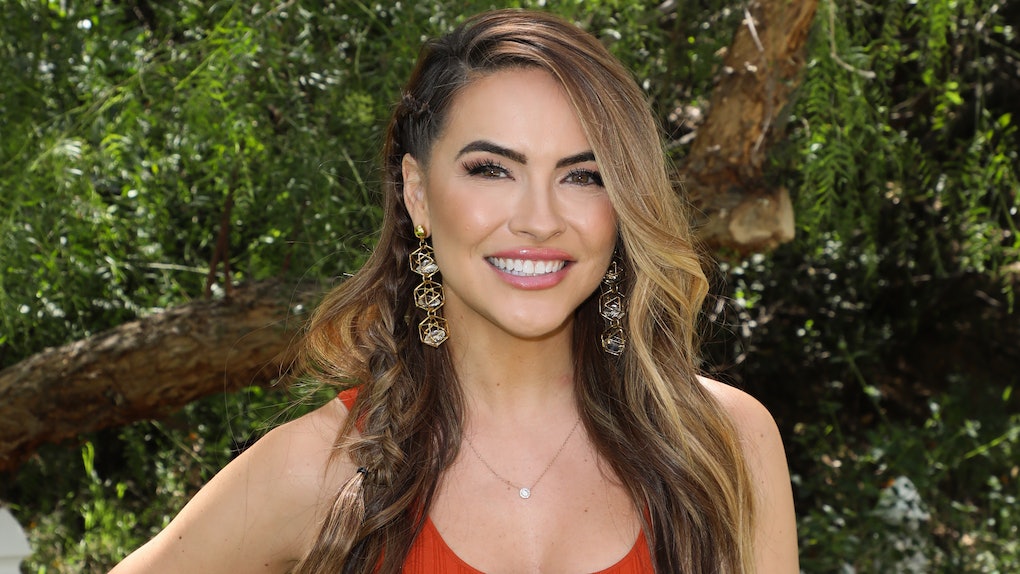 Those who shipped Chrishell Stause and Dancing with the Stars pro dancer Keo Motsepe are having a bad weekend. Stause is breaking her silence on her recent split from her latest boo, and it's not so pretty. The pair dated for three months before calling it quits at the end of February, and the Selling Sunset star is telling her version of the story. This just in: Chrishell Stause’s Instagrams about her Keo Motsepe breakup don’t hold back and she's making some ~claims~.

The announcement of the split came on Friday, Feb. 26 via TMZ’s report of a mutual parting. The outlet reported that after three months, the relationship “had simply run its course.” However, Stause didn’t remain silent for long. On Feb. 26, hours after the press began posting about the breakup, Stause revealed her own thoughts on her Instagram Stories.

Beginning with a screenshot of an article from E! News that said the breakup was basically mutual, "friendly," and "cordial," Stause wrote the caption, "Welp! How it started," invoking the "How it started vs. How it ended meme." In her second post, she shared, "how it's going," including a People article with quotes from a "source close to Motsepe." The source claimed "Keo is heartbroken," and that he'd "enjoyed his time with Chrishell and was 100% in it." The source also referenced his recent loss, saying, "He's had a tough time with his mom's passing, but he really wanted to make his relationship last."

Stause commented on the People screenshot, writing, "OK, I TRULY wanted to keep this drama free, but playing the victim and bringing your mom into it is a step too far for me." She continued, "Taking the high road is overrated sometimes!! I was also 100% in it as well, until revelations told to me recently have made me question if you could even order a coffee without lying." Elite Daily reached out to Motsepe's reps for a response to Stause's statements, but did not hear back by the time of publication.

In her third post in Stories, she featured Beyoncé and Shakira's "Beautiful Liar" and a "swipe up" link to an article titled Liar, Liar: How to Break Free From Habitual Lying from American Addiction Centers.

She also responded to a couple of fans' comments, saying she "gathered all the facts" before she posted and that she was aware her reaction could be taken as childish, but that it was "worth it." Her IG also appears to feature ~zero~ pics of Motsepe following the split.

Initially, E! News reported an insider claimed the couple broke up "very recently" and "they may get back together but likely, at this point, they won't." The publication also cited two other sources close to the couple. One claimed the timing was all wrong, saying, "They had a fun time together but in the end, decided it would be best if they part ways." The insider added, "They are still friendly and cordial. It wasn't a messy breakup, just wasn't the right fit or right timing."

Another source claimed it was a "a mutual breakup and they are still friendly." Whatever the case, the news of the breakup came weeks after Stause reportedly finalized her divorce from Justin Hartley.

Stause's relationship with Motsepe became public knowledge when the pair went Instagram official in December 2020. On an episode of Nick Viall's podcast The Viall Files on Dec. 7, she called Motsepe "the best" and admitted that she's a "hopeless romantic." They met on Season 29 of Dancing with the Stars. Unlike most DWTS romances, Stause and Motsepe were actually not partners — they were paired up with Gleb Savchenko and Anne Heche, respectively.

Unfortunately, it doesn't seem the romance between Stause and Motsepe took off, and Stause's claims about her ex lying suggest the breakup may not have been as cordial as previously reported. It seems only time will tell what the truth is in the drama, but anyone who was rooting with couple is facing some ~real~ disappointment.