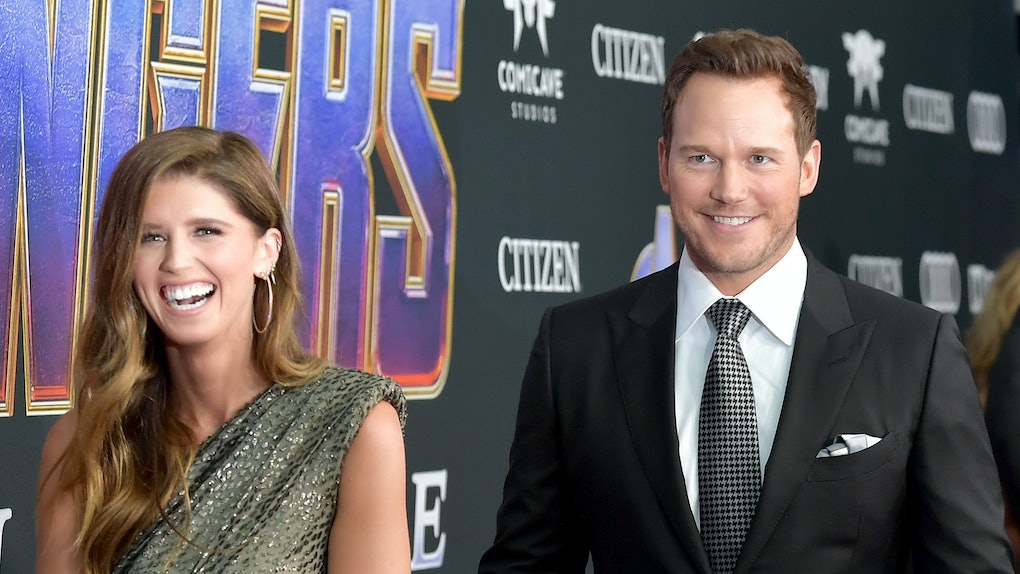 Do you ever get that sneaky suspicion that anything a celebrity does it actually smoke and mirrors? I must admit — I sort of had that feeling with Chris Pratt began dating Arnold Schwarzenegger's daughter. I felt a little bit like, "Oh OK. We'll just see how this goes." Well, I guess I'm the asshole because Chris Pratt and Katherine Schwarzenegger's marriage reportedly is as wonderful as it looks from out here. The two got hitched in an intimate ceremony in early June 2019 and apparently, they're happier than two fake characters could ever be in a Rom-Com. And, that's really saying something.

From the beginning, their relationship was a little gag-worthy (in a good way). Their posts about each other always drip with sweetness and the way they publicly talk about each other is extremely mushy-gushy. Take their joint wedding announcement, for example. Both Pratt and Schwarzenegger posted the following message to their Instagram accounts paired with a sweet-as-pie picture from their wedding day:

Yesterday was the best day of our lives! We became husband and wife in front of God, our families and those we love. It was intimate, moving and emotional. We feel so blessed to begin this new chapter of our lives. We are so thankful to our families and our friends who stood with us ... This morning we feel nothing but blessed.

After their ceremony, the two reportedly set off to a luxurious and romantic honeymoon in Hawaii. The trip was extra special because they were also celebrating Pratt's 40th birthday. A source told Entertainment Tonight, "Chris and Katherine spent the weekend in Hawaii on the island of Lanai. The couple was celebrating Chris’ 40th birthday as well as their recent marriage. The couple wanted something relaxing, and Hawaii is very special to Chris."

Pratt apparently had a little too much fun in the sun as he later shared this NSFW honeymoon pic:

Probably not what you thought was coming when I said "NSFW honeymoon pic," right?

Despite Pratt's run-in with the elements, sources say he and Schwarzenegger have yet to come back down from their wedding and honeymoon cloud. A source close to Shwarzenneger told People magazine, "Katherine is still on such a happy high from the wedding and the honeymoon. She still can’t believe that she and Chris are married." The insider added that she feels "beyond lucky and fortunate."

I know. It's adorable.

This sentiment has been echoed throughout the duration of their entire relationship. In fact, when Pratt proposed to Shwarzenneger, he posted his own caption full of gratitude next to a picture of her stunning ring. He wrote, "Sweet Katherine, so happy you said yes! I’m thrilled to be marrying you. Proud to live boldly in faith with you. Here we go! 💍🙏♥️"

Now, fans are just standing by for whatever the next exciting thing is for this couple. (*cough* kids *cough*) Reports suggest both Pratt and Schwarzenneger are excited to grow their family together in the near future.

I guess wedded bliss is possible, guys. Who knew?