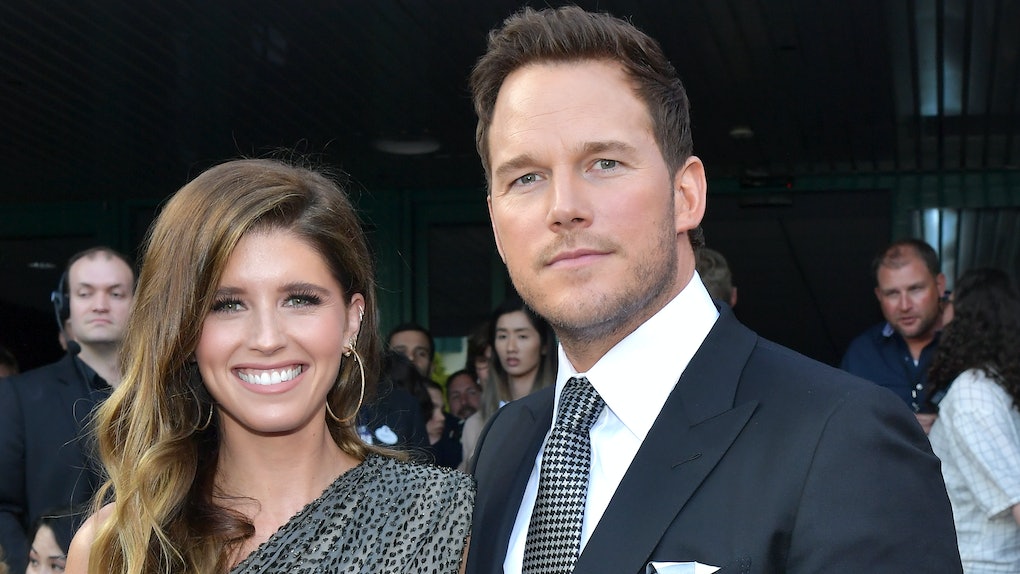 According to multiple news outlets, Chris Pratt and Katherine Schwarzenegger are officially end game as of Saturday, June 8, and I couldn't be happier for the newlyweds. It's been a whirlwind love story for the pair, who were first linked together back in June 2018, and it's fitting that Chris Pratt and Katherine Schwarzenegger reportedly got married in the most "romantic" and "beautiful" ceremony, per People. Elite Daily reached out to both Pratt's and Schwarzenegger's reps for confirmation on the reported wedding, but did not hear back by the time of publication.

Us Weekly also confirmed the reports of how this whirlwind romance culminated in an equally romantic wedding. It's hard to believe that it's been almost exactly a year since the duo first sparked romance rumors when they were seen digging into a picnic while laughing and joking amongst themselves in Santa Barbara, California. Just months later, the couple were reportedly already smitten with each other, and in November, an inside source told Us Weekly that it was likely that they "will be engaged soon" — which did happen in January of 2019. At the time, Pratt announced the news with an intimate Instagram of the couple, which he captioned, "Sweet Katherine, so happy you said yes! I’m thrilled to be marrying you. Proud to live boldly in faith with you. Here we go!"

While their relationship timeline is relatively brief compared to come other couples since they got engaged after just a few months of dating, it's proof that when you know, you know. And, it seems like their romantic ceremony at the San Ysidro Ranch in Montecito, California on Saturday, June 8 was the perfect backdrop to start their happily ever after.

According to People, the happy couple said their "I do's" and made their everlasting love official during the intimate ceremony, which was attended by family and close friends.

Per the publication, Schwarzenegger's parents Maria Shriver and Arnold Schwarzenegger were in attendance and snapping wedding photos, and "everyone just looked so happy," per the source. In addition, Pratt's 6-year-old son Jack was reportedly on hand for his dad's big day, as well as Schwarzenegger's siblings Patrick, Christopher, and Christina. While I don't know if any of Pratt's Avengers: Endgame or Office costars were in attendance, People reports that Rob Lowe and his sons Johnny and Matthew were part of the guest list.

According to numerous publications, guests sipped on cocktails while listening to a live band immediately after the ceremony. After digging into a menu of light summer bites at the reception, the Avengers actor reportedly made a toast where he thanked their guests for coming to the celebration. To close out the evening, guests busted a move to wedding set list classics featuring everything from Bruno Mars' "Uptown Funk" and to Miley Cyrus' "Party in the U.S.A." In short, it sounds like a celebration for the books.

Unfortunately, the couple has yet to post any photos and videos from their ceremony, so I'd keep an eye out on their social media accounts if you want to catch a first glimpse of the newlyweds and hopefully some footage from their upcoming honeymoon.

Congratulations to the happy couple!

More like this
Demi Lovato Called Out A Froyo Shop For Promoting Dieting Culture, & It's Getting Mixed Reactions
By Brandy Robidoux
These BTS x McDonald's Meal Memes Will Crack ARMYs Up
By Michele Mendez
Chris Evans' Response To Lizzo's Drunk DM Was Absolutely EVERYTHING
By Michele Mendez
Stay up to date