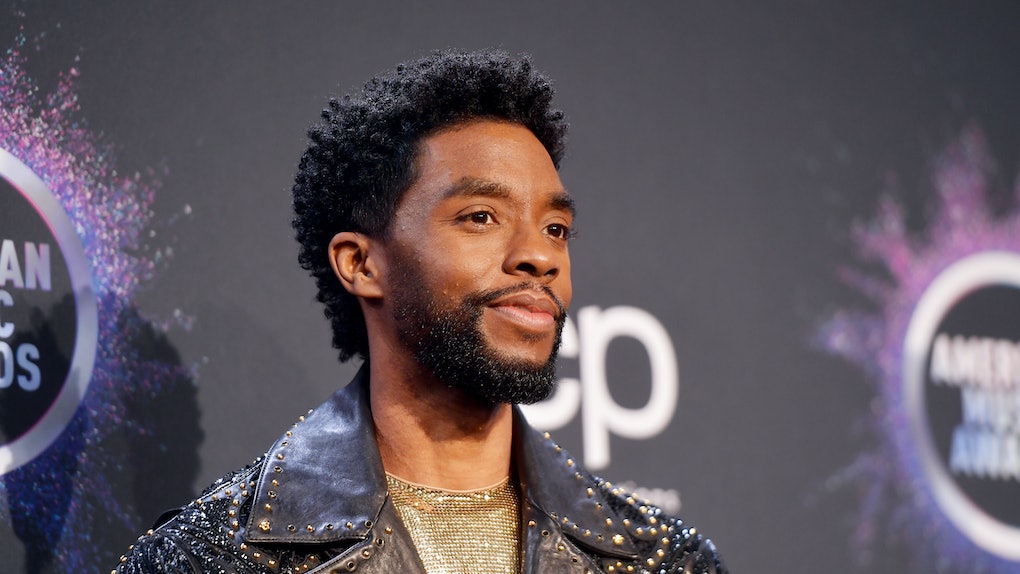 After Chadwick Boseman's death was announced on Friday, Aug. 28, fans were shocked to learn the actor had been privately battling colon cancer for years while making some of his greatest movies. And Boseman still has one more film coming for fans to look forward to: Chadwick Boseman's final movie, Ma Rainey's Black Bottom, will premiere on Netflix later in 2020, and it's something of a full-circle moment in Boseman's career.

The upcoming Netflix film stars Boseman as the ambitious trumpeter Levee, part of the band behind legendary blues singer Ma Rainey in 1920s Chicago. Viola Davis will helm the film as Ma. Ma Rainey's Black Bottom is adapted from the 1982 August Wilson play of the same name, and as a special connection for Boseman, the film adaptation was produced by Denzel Washington, who, many years ago, privately paid for Boseman to attend an acting program when he was a student.

Boseman revealed Washington had been instrumental in his acting career during a 2018 profile in Rolling Stone. While he was a student at Howard University, Boseman had been accepted into the British American Drama Academy's Midsummer program, but was not able to afford the fee to attend. His professor, Phylicia Rashad, called up Washington to tell him about a handful of students accepted into the prestigious acting program that could not afford to attend, and the actor agreed to provide the funds. Boseman recounted the story in front of Washington as a speaker for Washington's Lifetime Achievement Award from the American Film Institute in 2019.

Following the news of Boseman's death, Washington remembered the actor in a statement: "He was a gentle soul and a brilliant artist, who will stay with us for eternity through his iconic performances over his short yet illustrious career. God bless Chadwick Boseman."

Netflix had scheduled a virtual preview event for Ma Rainey's Black Bottom on Monday, Aug. 31, but the streamer canceled the event in light of Boseman's death. The film marks Boseman's final film role, with his only other project still in production being a voice part he provided for Black Panther in Marvel's animated Disney+ series What If...?.

While there is no premiere date for Ma Rainey's Black Bottom yet, the film is slated to be released in 2020, so fans can expect it to pop up on Netflix in the coming months.