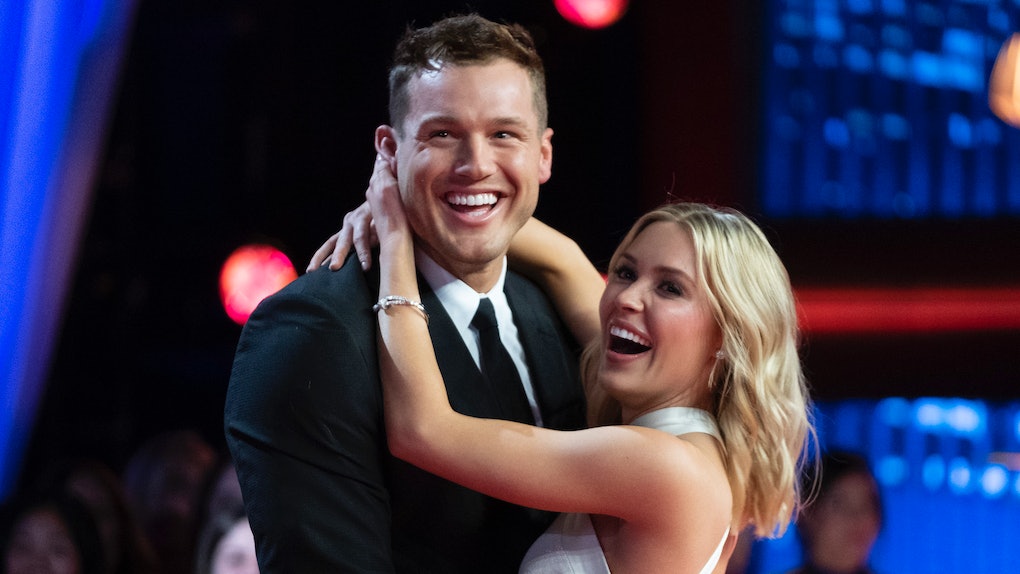 Cassie Moved To LA To Be Closer To Colton & As A Bonus, Is Living In Caelynn's Building

Life outside of the Bachelor bubble is a whirlwind for former contestants, and latest franchise couple Colton Underwood and Cassie Randolph are no exception. Soon after Colton moved from Denver to Los Angeles to be near Cassie's hometown, his new girlfriend has made a major lifestyle change, too. After falling in love on The Bachelor, Cassie moved to L.A. to be closer to Colton, and her Bachelor BFF Caelynn Miller-Keyes is even living in her new building. Who knew being on The Bachelor could lead to your life becoming a scenario from Friends?

The 23-year-old aspiring speech pathologist caused an uproar on the internet when she chose to leave Season 23 of The Bachelor rather than stick around for a marriage proposal from former NFL player Colton. A heartbroken Colton then said goodbye to his two remaining women, proving to a previously reluctant Cassie that she was the one for him. The pair didn't get engaged on the season finale, but they've been vocal about how happy they currently are as boyfriend and girlfriend. Colton has acted particularly gushy, even calling Cassie his "future wife" in his first post-finale Instagram pic.

Colton addressed his own move to Los Angeles on "After the Final Rose," highlighting the close distance between the city and Cassie's home in Huntington Beach, California. According to her latest Instagram post, Cassie has now followed in his footsteps, announcing a move to L.A. with her sister, actress Michelle Randolph. The women have another familiar face nearby — Bachelor fourth-place finisher and former Miss North Carolina Caelynn also lives in their building.

"I’m not abandoning my beach home, (since I’ll be interning for grad school in [Huntington Beach]) but adding a city home to the mix," Cassie wrote on Instagram. "[B]onus, I’m now closer to Colton... and in the same building as Caelynn!"

Caelynn also alluded to her new pad on Instagram, writing, "All moved in with no furniture" alongside a snapshot of her at home. It's not quite Bachelor Mansion, but at this rate, this building is well on its way to housing a bunch of women who can rock a ballgown with wine in tow.

Not many people can say they live in the same apartment building as their best friend, so kudos to Cassie and Caelynn for making this happen. Their time as neighbors comes after Cassie and Colton spilled about their future living plans to PEOPLE. "Our goal is to buy a house in Huntington Beach in the next year, but we probably won’t move in together until we’re engaged or married,” Colton told the magazine. “As much as I want her to live with me, it’s a big step and something we both take very seriously."

Given how Colton danced around giving Caelynn closure about their Bachelor relationship on "Women Tell All," Cassie's housewarming party might be a tad awkward. But then again, all three people are clearly happy with how their Bachelor experience has ended. Caelynn even gave the new couple a stamp of approval in an Instagram post, telling Cassie, "So happy you’re happy." Does that mean someone has visions of Bachelor in Paradise in her head?

Good luck to both Cassie and Caelynn as they settle into L.A. life!