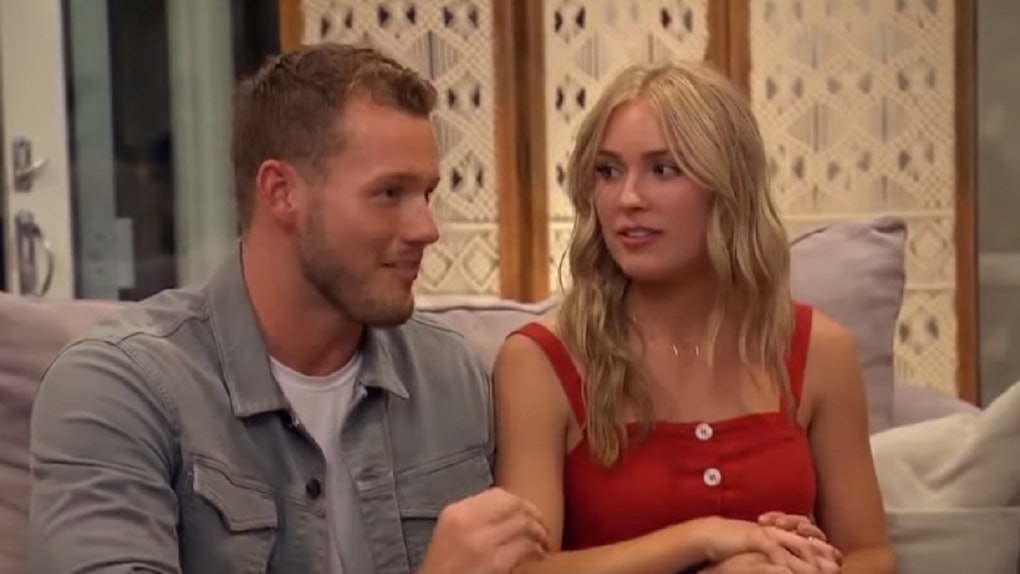 Are Colton & Cassie Dating? 'The Bachelor' ACTUALLY Ended With The Most Shocking Twist Ever

What do you get when a Bachelor doesn't propose? Well, up until tonight, the answer was a Juan Pablo, but now Colton Underwood has redefined what it means to go without a proposal as the Bachelor. After essentially shutting down production when frontrunner Cassie left the competition, Colton was left heartbroken and longing for Cassie's affection. We have to wait until Part 2 of the finale for clearer answers, but are Colton and Cassie dating? Although the finale seemed to suggest Colton was single, his last-minute pursuit of Cassie hinted that they're not through with each other.

In case you just tuned in for Colton's fence jump, the nitty-gritty of what caused him to flee the Bachelor production site was intense. Because of his growing love for Cassie, he didn't mind the fact that her dad Matt refused to give him a blessing during her hometown date. This didn't deter Colton from Cassie, but when she learned about her dad's snub the following week, she freaked. That knowledge plus a surprise visit from Matt fueled Cassie's doubts about possibly getting engaged. Although she initially danced around her truth, Cassie finally confessed to Colton that she was leaving the competition.

Understandably, Colton flipped, telling Cassie that they could continue their relationship through dating rather than engagement. Feeling that she could never reach the level of love and commitment Colton had achieved, Cassie still chose to leave. The tearful goodbye drove Colton over the wall, although his eventual return to the Bachelor team sent him down the path to a relationship rescue.

Choosing to say goodbye to remaining contestants Tayshia and Hannah G., Colton was firm in his decision to fight for Cassie. He told a reluctant Chris Harrison that he loved Cassie and wouldn't let her go, despite the very plausible possibility that she just wasn't into him. Tracking down a girl after she's already said she isn't sure she can love you could still end well...right?

After Colton met live in the ABC studio with Tayshia and Hannah G., Harrison emphasized that for the first time, a Bachelor was left with no women in the running. But this host always has a bag full of tricks under his sleeve. Seeing as Bachelor Nation has two more hours of this to get through, we're definitely in store for a serious twist.

In the March 11 episode's closing moments, Colton spoke about not wanting to say goodbye to Cassie. Meanwhile, Cassie believed she made the right decision because she wasn't ready for the domestic life Colton wanted right now. She also didn't want to live up to the pressure of taking his virginity when she wasn't as committed to him. As she prepared for her flight home, Colton arrived at her hotel room for a final conversation, but we have to wait another day to see how the meeting went down.

As seen with former Bachelor Juan Pablo, relationships on the show can lead to dating after filming wraps, but the success rate varies. Seeing how vaguely The Bachelor has addressed Cassie's current status, her falling for Colton off camera isn't totally unbelievable. But then again, she's definitely driven home the point that she's not the right person for Colton. Fingers crossed that Bachelor Nation gets some answers ASAP in the rest of the finale!